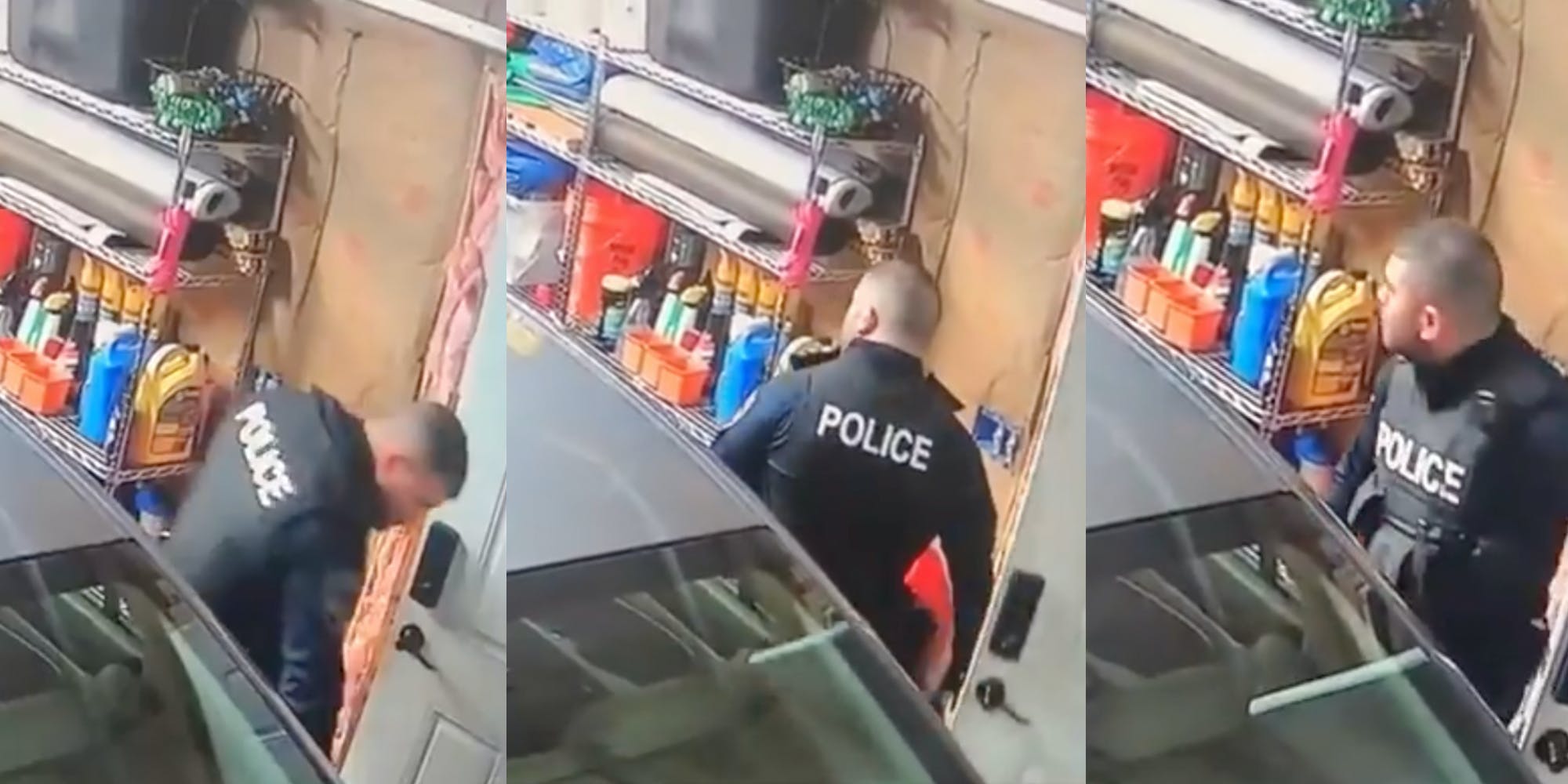 A police officer was caught allegedly damaging a suspect’s vehicle, so his department placed him on unpaid leave.

According to 7 News, the New York-area police officer, Brandon Huckle, was suspended from the force after footage surfaced showing that he caused intentional damage in a private home while conducting a search warrant.

In the video, Huckle enters a garage and hits a parked car with the garage door. He then looks around to see if anyone saw what happened. After that, he reaches for the door once again and slams it into the car, seemingly with intentional force. The video ends with Huckle inspecting the damage and walking away.

People on Twitter reacted to the clip with outrage and confusion. “What did he gain from this?” one questioned. Others called the officer’s actions “pure evil” and “petty.”

The video was first posted to Facebook by lawyer Brian Barrett, who says the now-damaged car belongs to a client of his.

7 News reports that Huckle was suspended during a misconduct investigation in 2019. While he was still on suspension as of March 2020, it’s not immediately clear when he returned to work.

The Massena Police Chief Jason Olson said Huckle has been suspended without pay since March 25 and that the incident is being investigated.

“This is not what the Massena Police Department stands for,” Olson said. “It’s deeply concerning. … Every proper step has been taken.”