QAnon believers are feeling left out Myanmar had a coup and the U.S. didn’t – Nogagames 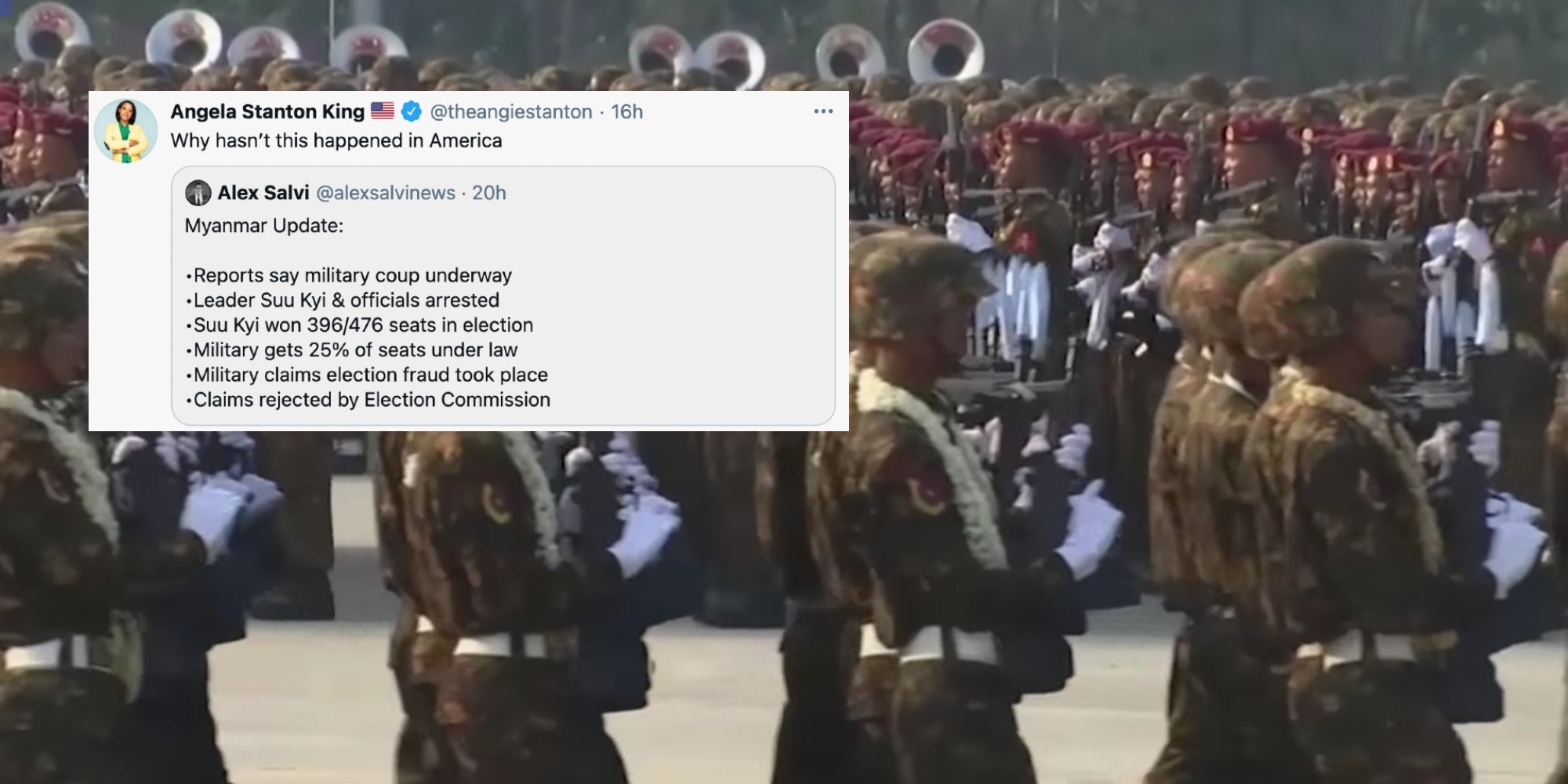 Supporters of the QAnon conspiracy theory are jealous of Monday’s military coup in Myanmar after their predictions that such events would take place in the U.S. never came true.

The conspiracy theory, which falsely asserted that former President Donald Trump would arrest and execute all of his political enemies before leaving office, has been in disarray since the violence at the Capitol last month.

While some followers have denounced the movement and returned to reality, others are doubling down by attempting to claim that any and all world events are somehow proof that QAnon is legitimate.

The latest topic to get drawn into the conspiracy vortex is the coup in Myanmar, which saw the country’s military detain foreign minister Aung San Suu Kyi before announcing that it would rule the nation for the next year.

Although the vast majority of the world saw the move as a totalitarian attack on much-needed democratic reform, QAnon supporters not only praised the move but argued that a military coup against President Joe Biden would likely take place as well.

Myanmar’s military has justified the coup by claiming that the country’s November election was beset by widespread fraud, although no credible evidence has been presented.

The situation is nearly identical to recent events in the U.S. in which Trump and his supporters falsely claimed the 2020 presidential election was stolen.

One of the most popular posts Monday on Patriots.win, a pro-Trump forum previously known as TheDonald.win, bemoaned that a foreign military hadn’t come to the U.S. to overthrow the government.

“TFW you learn that Myanmar’s military can’t come over to arrest your politicians too,” the user said.

In yet another desperate attempt to keep the grift alive, some QAnon promoters also began accusing voting technology companies, the same ones at the center of debunked conspiracy theories in the U.S., of interfering in Myanmar’s election.

Angela Stanton King, a QAnon-supporting Republican from Georgia who lost her race for Congress in a landslide last November, also expressed support for the coup.

“Why hasn’t this happened in America,” she tweeted.

While fantasies among the QAnon movement regarding a violent takeover of the government are very real, as was witnessed during the insurrection in Washington, D.C. last month, the group will almost certainly forget about Myanmar in a few days when the next distraction arises.

The post QAnon believers are feeling left out Myanmar had a coup and the U.S. didn’t appeared first on The Daily Dot.