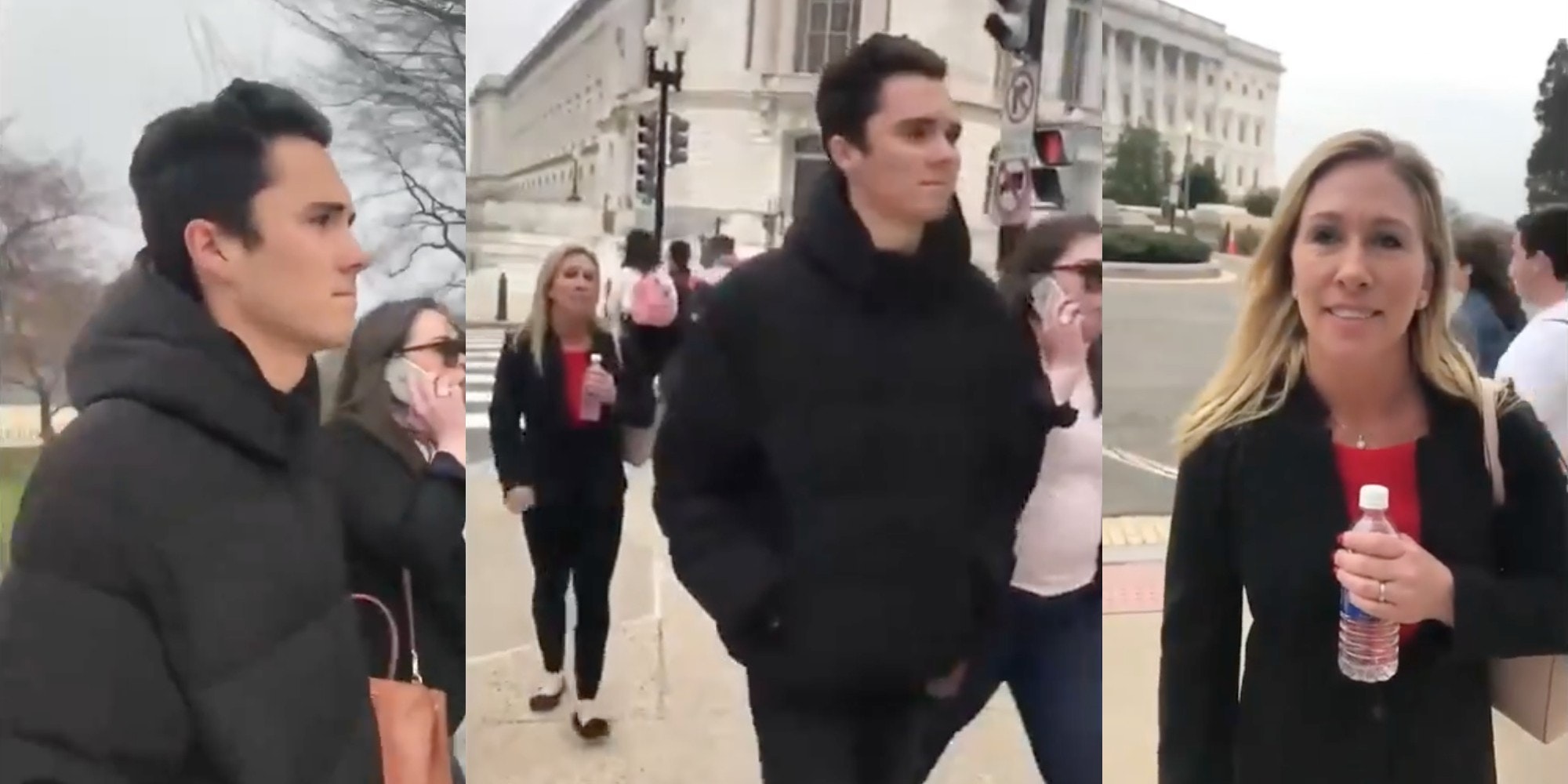 The footage, which was first reported by the Daily Dot in June of last year, went viral on Twitter Wednesday amid the growing backlash against Greene’s presence in Congress.

Shared by Fred Guttenberg, whose daughter was killed in the 2018 shooting at Marjory Stoneman Douglas High School in Florida, the video has been retweeted more than 35,000 times in just three hours.

In her confrontation with Hogg, a vocal gun control advocate, Greene can be heard questioning the young activist’s intentions while meeting with lawmakers in Washington, D.C.

Greene goes on to make conspiratorial remarks about Hogg’s “George Soros funding” before accusing him of being a “coward.”

The clip’s re-emergence comes as calls for Greene’s resignation intensify just weeks after she was sworn in. Greene, who also helped spread debunked voter fraud conspiracies that led to the insurrection at the Capitol earlier this month, has a sordid history of disturbing behavior.

Greene has also lent credence to claims that school shootings such as Sandy Hook were “inside jobs” orchestrated by the government to conjure up public support for gun control.

The congresswoman responded to questions over her beliefs this week by shifting blame to people she claims managed her social media profiles in the past.