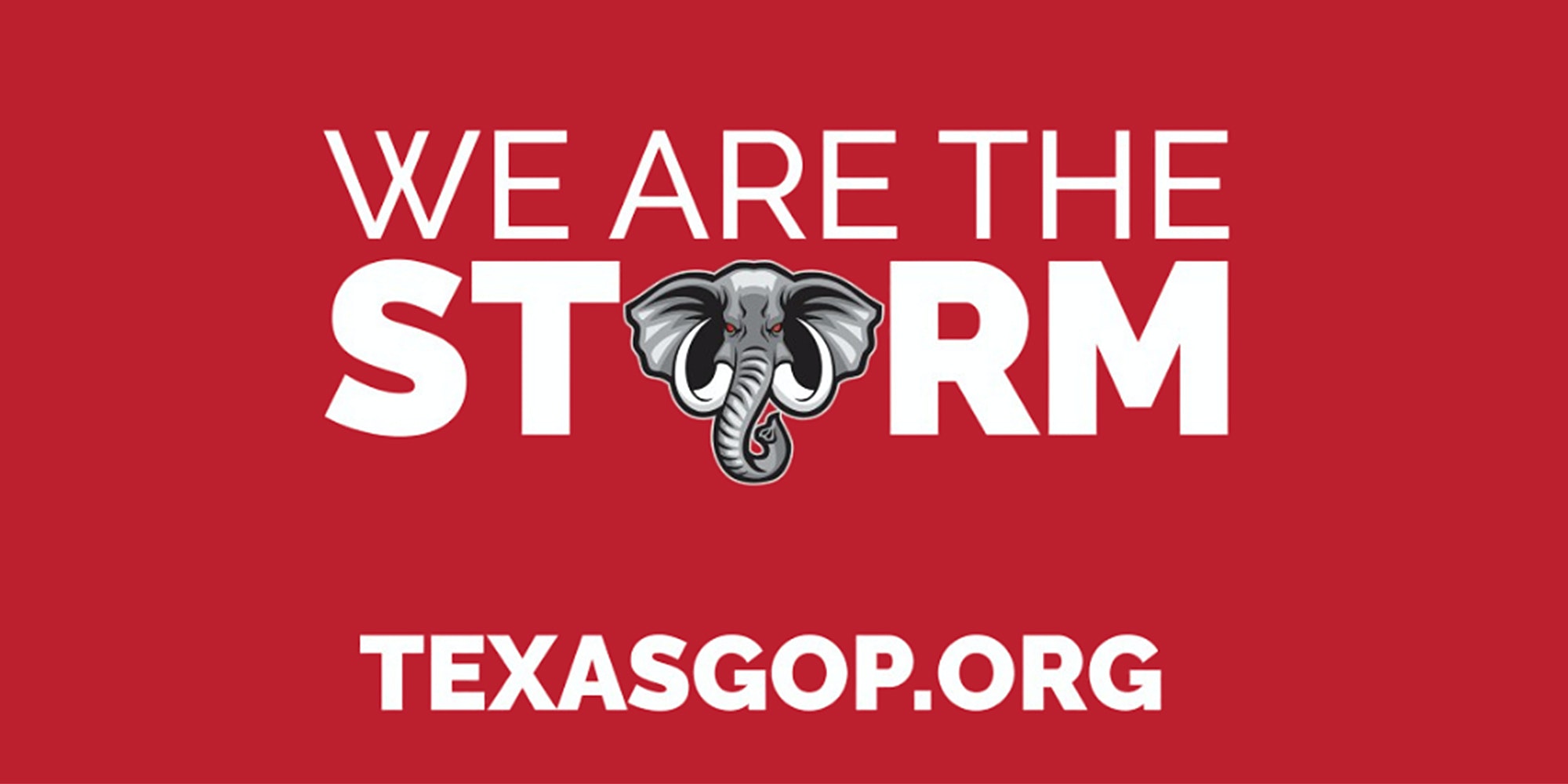 Since the inauguration of President Joe Biden canceled their plans for a last-second mass arrest of Democrats, believers in the QAnon conspiracy theory have spent their time trying to figure out the future of their movement. And it looked for a moment like there might not be one. But their early disillusionment and disappointment have quickly given way to a determined feeling that while some of the details might be unsettled (was Joe Biden’s inauguration faked?), the movement itself is here to stay.

While 2020 saw a reversal of Donald Trump’s electoral fortunes, QAnon believers didn’t just come out to the polls, they won races—and they haven’t been shy about sharing their faith in the conspiracy theory. Q beliefs, that a secret military intelligence team is dropping clues about pedophile Democrats, have been popping up in the discourse of state-level Republican organizations and lower-profile politicians at a rapid rate since the election, as these officials use their platform to spew conspiracy theories and cultish beliefs. All of it reflects the fact that while Q’s tenets might change, the fervent belief of its adherents is now more emboldened. It’s succeeding in the lower levels of the GOP, the places where candidacies begin and grassroots support swells. Far from being a defeated philosophy, it’s one that’s finding more and more safe spaces to grow.

It started in Texas. Since August, the Texas GOP has used the phrase “we are the storm” as its slogan. And since August, pundits have been pointing out that it’s essentially the same phrase that kicked off the QAnon movement. State party officials claimed the line is a quote from “a poem” whose title and author they couldn’t come up with and denied that it had anything to do with QAnon or conspiracy theories.

They denied it again after the account used the phrase again, this time in an exhortation to follow their account on Gab, the virtually unmoderated social media platform vying for right-wing conspiracy theorists in the wake of Twitter’s post-Capitol riot mass banning of QAnon. When asked for an explanation, the party’s Twitter account pointed back to a meme featuring the phrase on Instagram that merely called it “words to live by.”

But the proverbial storm caused by the use of a common phrase also employed in Q’s mythology was nothing compared to the one that greeted the Hawaii GOP Twitter account. In a thread of tweets, the account simultaneously seemed to disavow Republican links to QAnon, while also hinting that Q is bad, but Q people are patriots, and patriotism is good, so maybe Q is actually okay?

“We should make it abundantly clear — the people who subscribed to the Q fiction, were largely motivated by a sincere and deep love for America. Patriotism and love of County (sic) should never be ridiculed,” the account tweeted, with other posts in the thread claiming that the media coverage of Q in the wake of the Capitol attack was “hyperbolic,” that Q believers “don’t deserve mockery,” and that the real abusers of power are regular conspiracy touchstones “Peter Strozk, Steele Dossier, James Comey, [and] FISA courts.”

The Twitter thread was quickly found and exposed by an aghast public that was genuinely shocked that an official state party account would endorse a cult-like conspiracy theory whose members had recently sacked the U.S. Capitol. The vice-chair of communications who posted them was forced out, and Hawaii GOP officials deleted the entire thing, issuing an apology on Twitter that called the thread “unauthorized tweets” that didn’t reflect the party’s values. In true viral Twitter fashion, the apology tweet got less than three dozen retweets, while the original inflammatory remarks got thousands.

But it’s far from only a problem in the far-flung and largely irrelevant Hawaii Republican Party. While not engaging in QAnon apology directly, the Oregon GOP voted to pass a proclamation that formally endorsed many of the same conspiracy theories that Q believers hold dear. In a resolution condemning the impeachment of President Donald Trump in the wake of the Capitol attack, the state party didn’t just backstop Trump, but enthusiastically embraced the conspiracy theories around the attack.

“There is growing evidence that the violence at the Capitol was a ‘false flag’ operation,” the proclamation declared, calling it “sham motivation […] to advance the Democrat [sic] goal of seizing total power.” As proof of the “sham,” it cited right wing blog articles and the 1933 Reichstag Fire, the burning of the German parliament which served as the pretext the Nazi Party used for taking control of the German government, ushering in the Third Reich in the process.

“This false flag effort will support Joe Biden plans to introducing [sic] new domestic terrorism legislation,” the document went on, referencing the Patriot Act and other post 9/11 surveillance laws as a reason why Democrats would have undertaken such a conspiracy.

This “false flag” narrative, which holds that the “real” attackers of the Capitol were disguised antifa and Black Lives Matter activists, immediately took hold in the QAnon community and became the dominant narrative in the days after the attack. Q believers used this as an excuse to absolve Trump’s actions and pin the blame for the attack on a deep state desperate to keep power, rather than an organized movement trying to overturn the election. So while the Oregon GOP’s proclamation doesn’t specifically mention QAnon, the notion of the Capitol siege being a false flag is a direct nod to the movement and fairly obvious to anyone paying attention. The backlash against the statement was so severe that even Republican members of the Oregon House of Representatives distanced themselves from the “false flag” idea, passing their own resolution that the election was over and it was “time to govern.”

And while also not specifically linked to QAnon, yet another state Republican Party took steps to scold its own members for not being sufficiently devoted to the whims of Donald Trump. The same weekend that Hawaii’s state GOP was setting itself on fire by endorsing the ideology of Q, the Arizona GOP censured former Senator Jeff Flake, John McCain’s widow Cindy, and Doug Ducey—the current governor of the state—for imaginary offenses including giving in to COVID protocols, “rejecting populism,” and the gravest sin of all, “condemning President Trump.” This kind of blind worship of Trump and rejection of science and expertise related to COVID are just as much a part of Q as the concept of mass arrests and military tribunals. And the Arizona GOP account has stoked fervent furor, calling on followers to die for the former president.

It’s all further proof that what’s now the mainstream of GOP thought is completely mixed up with the baseline of QAnon, even if they don’t specifically reference it.

But as larger GOP entities struggle with what to do about the Q-pilled in their ranks, Q is also catching on in even smaller areas, particularly several small-town mayors who have carved out major media attention for their beliefs.

An isolated Pacific Northwest town of 6,600 people, Sequim, Washington seems far from the halls of power that even state-level GOP entities inhabit. But it’s also the type of place where new age and fringe beliefs can grow without scrutiny or oversight. And they grew in Sequim, to the point where the town’s mayor, William Armacost, is an out-and-proud Q believer, using his position to promote the conspiracy theory.

The position of mayor of Sequim is mostly ceremonial. The town has no election for the role, which mostly runs city council meetings, and Armacost was selected by fellow council members for the job in January 2020. But since then, Armacost has used the office to endorse Q videos, wear Q paraphernalia, and push Q-friendly conspiracy theories about COVID-19 being overblown. In doing so, he gained a vocal opponent in the town’s longtime city manager, who Aramacost was recently able to get ousted from his job with a closed-door vote. The “QAnon coup” put the small town on the national news radar, and is a major source of embarrassment for residents who don’t want to lose tourism revenue because their mayor is part of a cult-like conspiracy movement.

Armacost isn’t the only small-town mayor to get into hot water for their apparent Q beliefs. The mayor of Parker, Colorado (population 54,000) posted Q slogans on Parler, including “where we go one we go all,” as well as conspiracy theories about the Capitol insurrection being a false flag and the COVID-19 vaccine being unsafe.

Mayor Jeff Toborg later walked it back, saying there was “no place in our society for that kind of rhetoric.”

Many of Toborg’s fellow Republicans do find a place in society for that kind of rhetoric, and when they don’t find one, they create one. So as Q continues to flail in the absence of leadership, its followers (and those who believe its mythology even as they claim not to be followers) will ensure that whatever Q becomes in the future, it will be with us for years to come. Q is now essentially guaranteed to be found in the platforms and policies of mainstream GOP politicians who think a dark cabal runs the world while trafficking children, that Donald Trump was the chosen one sent from above to stop them, and the war between the two is being played out in full public view, with them as its soldier politicians.

The post QAnon has a firm grip on the GOP at the state and local level appeared first on The Daily Dot.