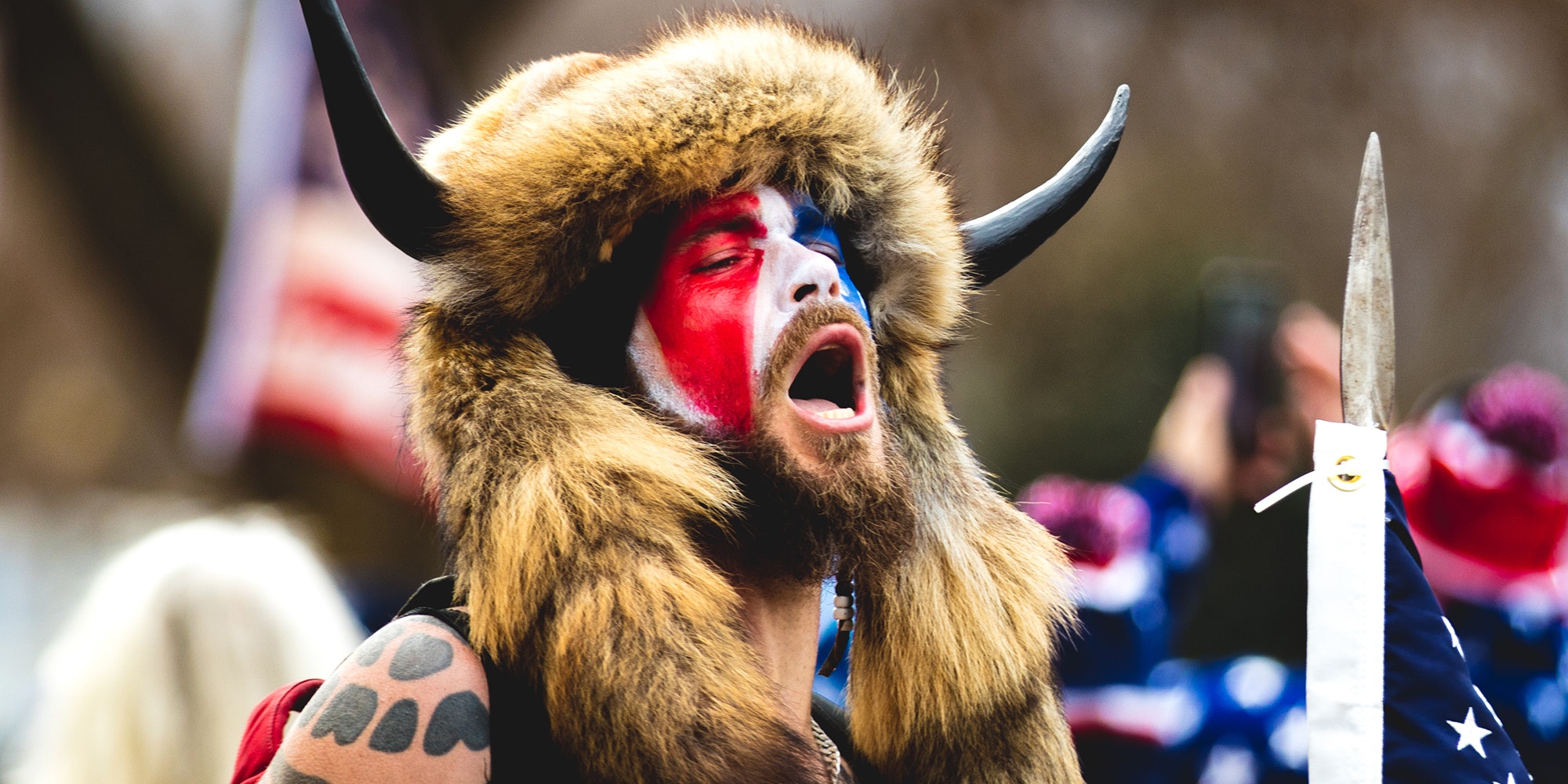 Jacob Chansley, the QAnon supporter better known as the “QAnon Shaman,” revealed in a new 60 Minutes+ interview that he wasn’t trying to overturn American democracy when he stormed the Capitol on Jan. 6. He was just trying to save the muffins.

Speaking to 60 Minutes+ correspondent Laurie Segall from jail, Chansley—who was seen standing atop the dais of the Senate wearing a horned headdress, fur, and face paint—attempted to clarify his actions inside the Capitol on Jan. 6.

“Well, I sang a song. And that’s a part of shamanism,” Chansley said. “It’s about creating positive vibrations in a sacred chamber.”

Aside from curating vibes, Chansley said he also prevented a fellow insurrectionist from making off with a bunch of baked goods.

“I also stopped people from stealing and vandalizing that sacred space, the Senate,” he added. “I actually stopped somebody from stealing muffins out of the break room. And I also said a prayer in that sacred chamber. Because it was my intention to bring divinity, and to bring God back into the Senate.”

When Segall reminded Chansley that his quest for divinity on the Senate floor was actually illegal, Chansley expressed some remorse. “That is the one very serious regret that I have, was believing that when we were waved in by police officers, that it was acceptable,” he said.

Chansley, also known as Jake Angeli, turned himself in to the FBI the day after the Capitol insurrection. He went on a hunger strike while behind bars because the detention facility wouldn’t feed him organic food.

Jan. 6 was not the first time Angeli made headlines with his disruptive behavior. A viral video from last July showed him harassing people waiting in line at a drive-thru COVID-19 test site in Arizona.

Despite his disappointment over not receiving a pardon from former President Donald Trump, Angeli still had nothing but love for his country.

Watch Jimmy Fallon go through the history of late-night TV with Elizabeth Olsen
‘The Lord of the Rings: The Fellowship of the Ring’ is still good—20 years later
Advertisement