Quick thinking waitress had a gut feeling a boy was being abused. So she gave him a sign. – Nogagames 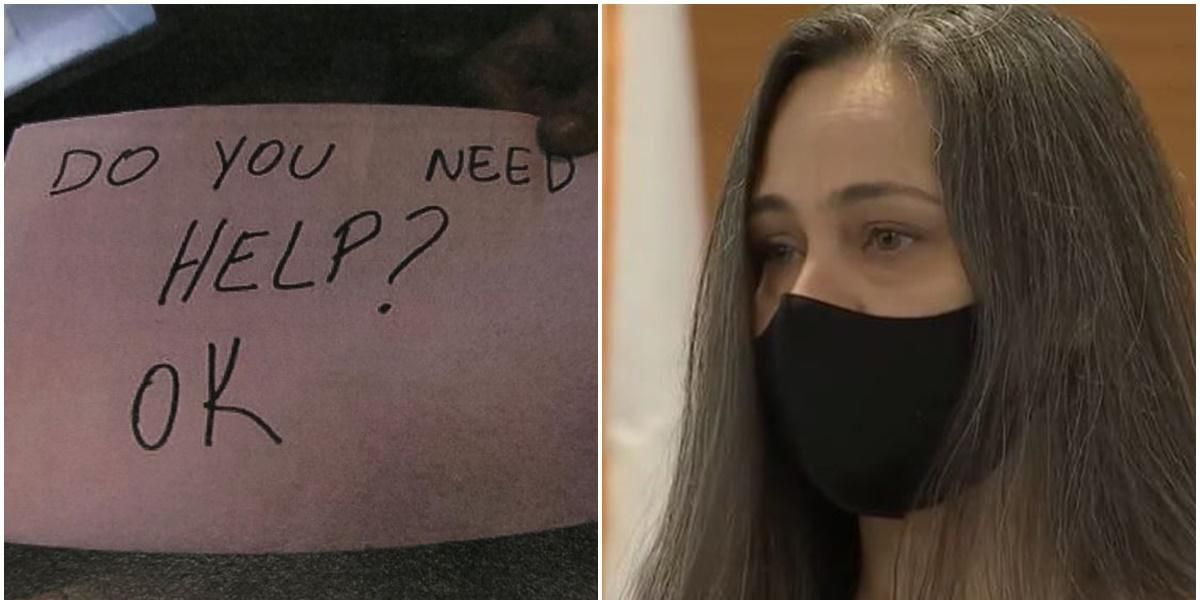 Server Flavaine Carvalho was waiting on her last table of the night at Mrs. Potatohead’s, a family restaurant in Orlando, Florida when she noticed something peculiar.

The parents of an 11-year-old boy were ordering food but told her that the child would be having his dinner later that night at home. She glanced at the boy who was wearing a hoodie, glasses, and a face mask and noticed a scratch between his eyes.

A closer look revealed a bruise on his temple.

So Carvalho walked away from the table and wrote a note that said, “Do you need help?” and showed it to the boy from an angle where his parents couldn’t see.

The boy shook his head, no. “I knew it that he was afraid,” she said.

Carvalho made two more attempts until the boy nodded yes.

The server then called the owner of the restaurant to let her know that she was going to call the police on the boy’s parents.

SEE SOMETHING SAY SOMETHING: An Orlando waitress saw a family withholding food from a boy at a table. She noticed… https://t.co/A1BaOPKyc6

The police arrived and arrested the boy’s father

on one count of third-degree child abuse. His mother Kristen Swann was arrested with two counts of child neglect. A four-year-old girl was taken from the family by authorities. They say she showed no signs of abuse.

Detectives spoke with the boy and learned his parents frequently withheld food from him as a form of punishment. He was 20 pounds underweight. After searching his body, they discovered that he was nearly covered in bruises.

His father had recently beat him with a broomstick and back scratcher.

The boy told detectives that he was once hung upside down from his ankles in a door frame by his father and had been restrained by being strapped to a furniture dolly.

“To be honest what this child had gone through was torture,” Detective Erin Lawler said. “There was no justification for it in any realm of the world. I’m a mother and seeing what that 11-year-old had to go through, it shocks your soul.”

Chief Orlando Rolon, @OrlandoPolice, with waitress Flavaine Carvalho (middle) who saved an abused 11yo when he was… https://t.co/8KE3uI61a2

Carvalho’s quick thinking and bravery may have saved the lives of two children.

“This could have been a homicide situation if she had not have intervened,” Orlando Police Chief Orlando Rolon said.

“The lesson here for all of us is to recognize when we see something that isn’t right to act on it… This saved the life of a child,” he added.

The restaurant’s owner, Rafaela Cabede, hopes that Carvalho’s bravery inspires others to look out for signs of abuse as well.