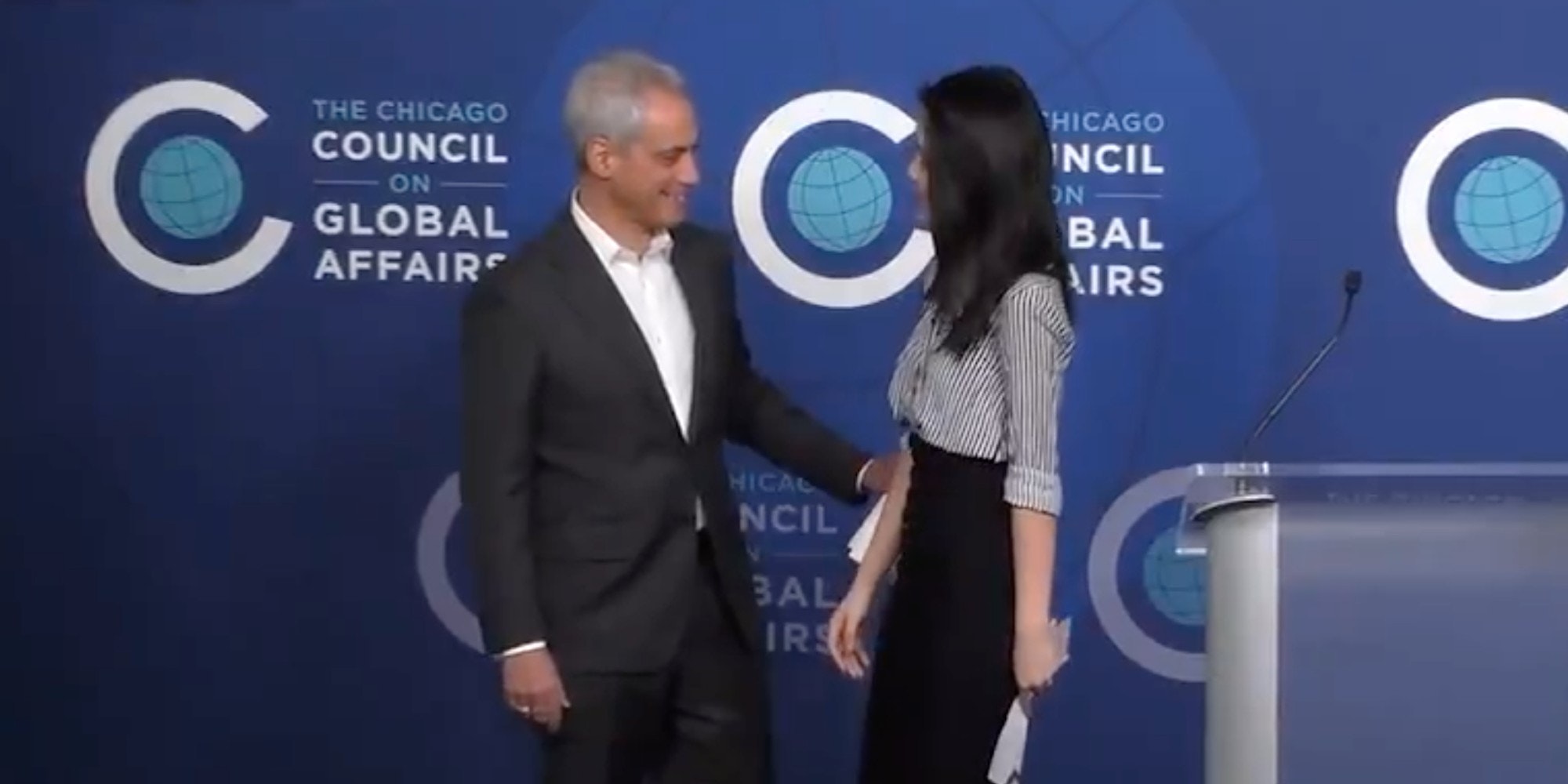 Former Chicago mayor Rahm Emanuel is being accused of making racist remarks in footage that resurfaced online this week.

The video shows Emanuel, who was speaking at an event in 2019 held by the Chicago Council on Global Affairs, making what some believe are harmful stereotypes about an Asian-American climate activist.

After being introduced, Emanuel suggests that he could adopt the young woman before asking if she is “quiet” and does a lot of “studying.”

Emanuel, who previously served as White House Chief of Staff under former President Barack Obama, is currently being considered by President Joe Biden for ambassador to Japan or China.

The account that shared the footage, Resist Programming, also stated that Emanuel may have hit the “teenage activist on the butt with his stack of papers.”

Other users on Twitter agreed and accused Emanuel of both racist and sexist behavior.

“That’s really insulting and demeaning. Here she is trying to be a professional and he infantilizes her,” @IAmCathyLynn said. “And the remarks about adopting her and saying she’s quiet and studious? UGH. Apologize @RahmEmanuel!”

But others suggested, to much pushback, that there was no evidence that Emanuel’s remarks were inappropriate.

“As we pick apart peoples every words there will always be something some people take offense to,” @Jimmmyz169 said. “He could have said that joke before to another young person from another race, sex, or religion, or what have you. To judge someones qualifications on this kind of thing is ridiculous.”

The majority of users, however, expressed disgust with Emanuel’s comments and argued that it disqualified him from holding a position in the Biden administration.

“No way this should slide,” Justin Jackson said.

Despite widespread calls for an apology, Emanuel, who is not regularly active on Twitter, has not responded to the controversy.

Emanuel has remained an unpopular figure among conservatives and many progressives for policies over the years, specifically his handling of the 2014 shooting of Laquan McDonald.

The post Rahm Emanuel asks Asian-American activist if she’s ‘quiet’ and does a lot of ‘studying’ in resurfaced video appeared first on The Daily Dot.