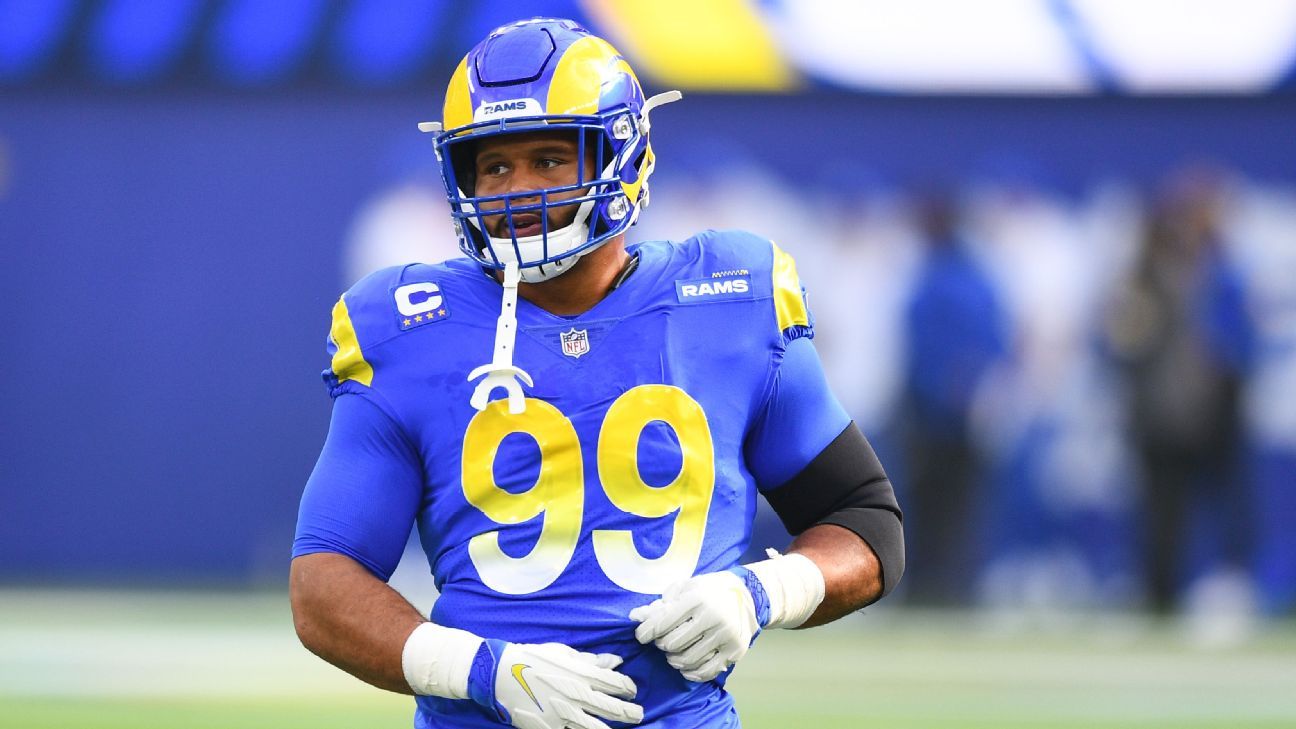 Donald has not played since he injured his ankle in Week 12 against the Kansas City Chiefs. McVay said earlier in the week that the Rams are “taking it a week at a time” with Donald’s status as he recovers from a high ankle sprain.

In 11 games this season, Donald has five sacks, 10 tackles for a loss, 11 quarterback hits and a forced fumble.

The Rams will also be without quarterback John Wolford, defensive lineman Marquise Copeland, linebacker Travin Howard and cornerback David Long Jr. on Monday night. Center Brian Allen will be listed as questionable on the injury report.

With Wolford out for the game, the Rams will have two quarterbacks active: Baker Mayfield and backup Bryce Perkins.