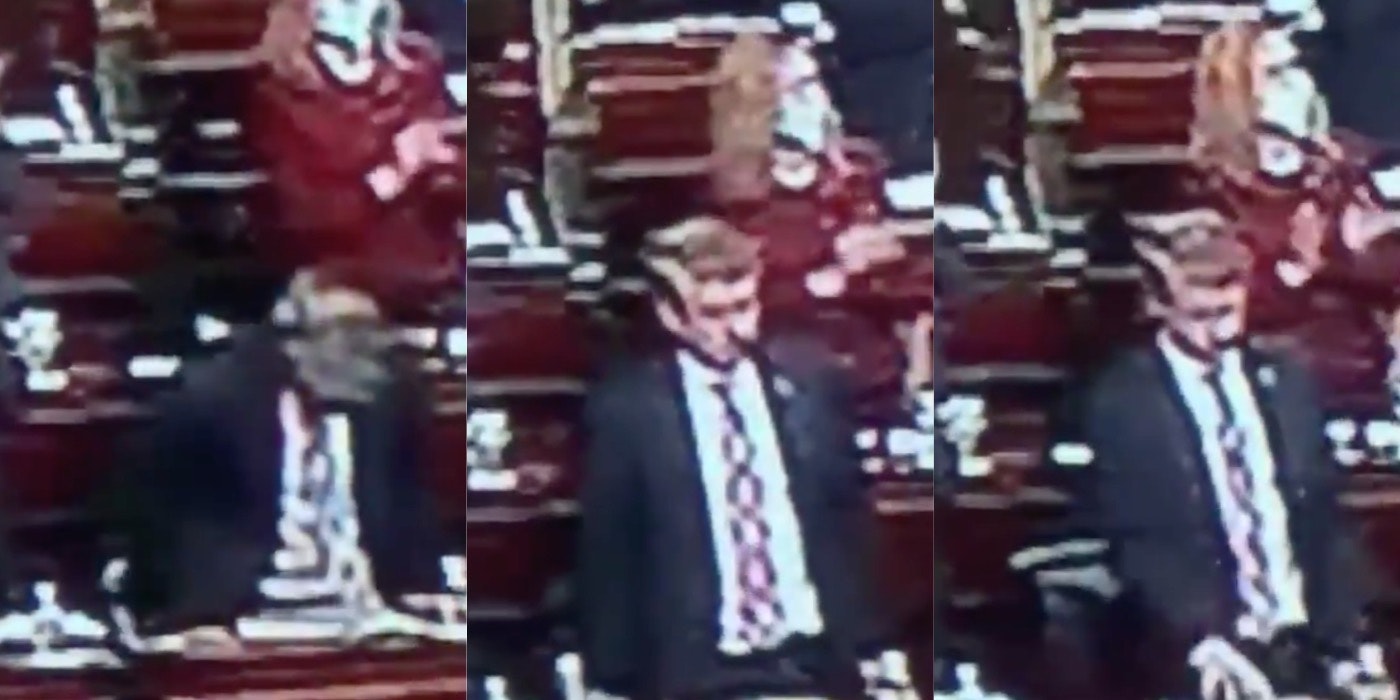 The Senate unanimously passed legislation to award Goodman with a Congressional Gold Medal on Friday, and he was present during the announcement. It occurred after a question-and-answer assembly of former President Donald Trump’s now-concluded impeachment trial.

A grainy video of Paul not clapping for Goodman was posted by Twitter user @MysterySolvent, to much criticism. Unless Paul already clapped while sitting, it does not appear he was enthusiastic about doing so as he did not continue with everyone else once he was standing. Paul, however, claims that he did applaud.

“There is no bigger supporter of the Capitol Police than me,” he tweeted Saturday morning. “They saved our lives on the ball field. Yesterday I stood and cheered and clapped as we awarded the Congressional Gold Medal to Officer Goodman. Any deceptive media edits are from lying scum bags.”

Goodman gained recognition after leading a group of pro-Trump rioters away from the Senate chamber during the Capitol insurrection in early January. A viral video released by House impeachment managers during the Senate trial earlier showed Goodman redirecting Sen. Mitt Romney (R-Utah) away from the violent and seditious actors.

“In the weeks after the attack on January the 6th, the world learned about the incredible, incredible bravery of officer Goodman on that fateful day,” Senate Majority Leader Chuck Schumer (N.Y.) said on the Senate floor Friday. “Here in this trial, we saw new video, powerful video showing calmness under pressure—his courage in the line of duty, his foresight in the midst of chaos, and his willingness to make himself a target of the mob’s rage so that others might reach safety.”

Schumer thanked Goodman, and the Senate rose for the officer in applause—well, the majority of the Senate appeared to. Paul was also widely criticized for refusing to wear a mask at the trial.

‘My package could have waited’: People are pissed after seeing TikTok of Amazon driver skidding on ice
Video shows woman getting dragged out of bar by her hair for not wearing mask
Advertisement