Raw new ad shows the reality of early breastfeeding in all its messy, exhausting glory – Nogagames 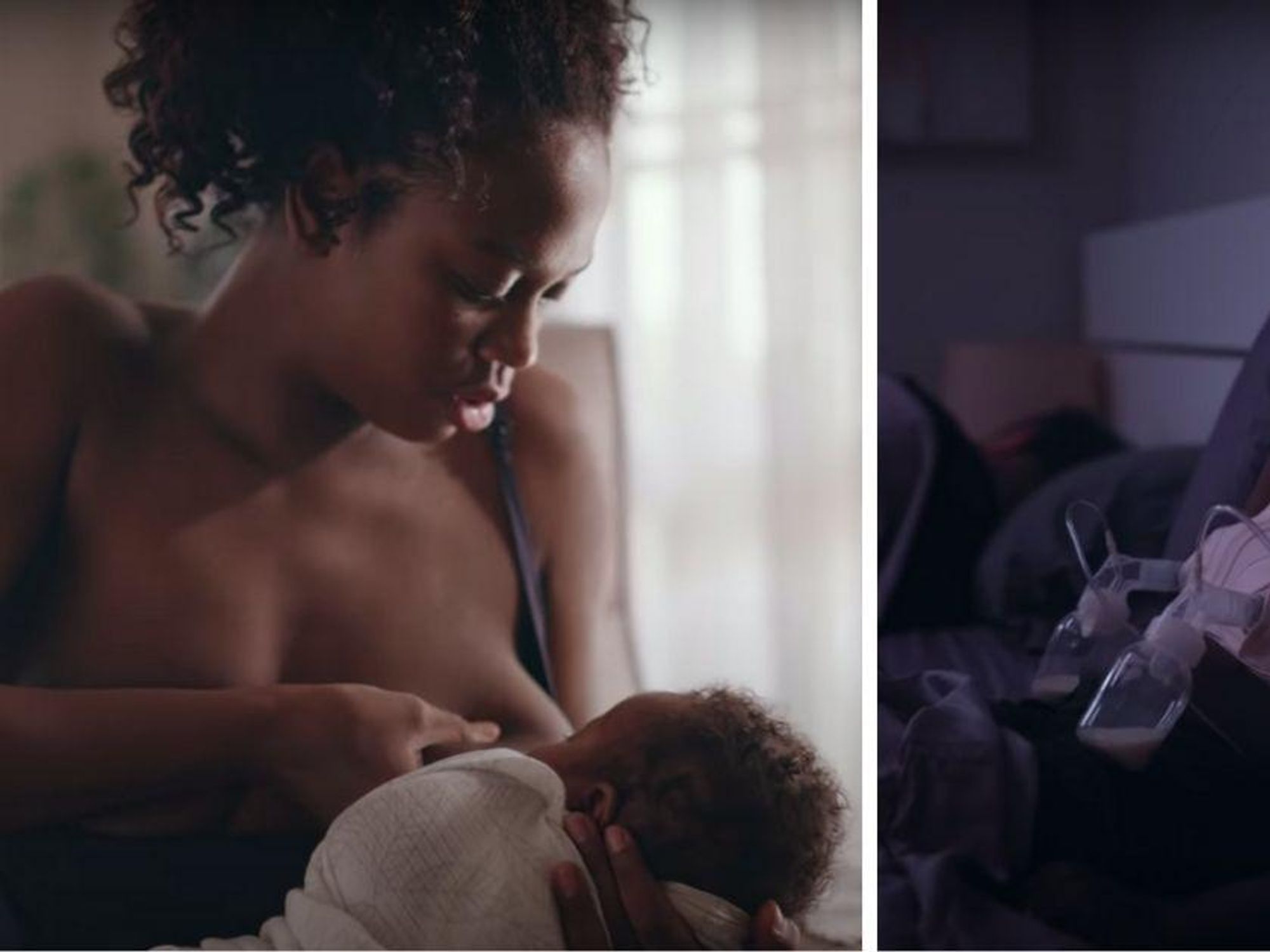 Over my own 20+ years of motherhood, I’ve written a lot about breastfeeding. My mom was a lactation consultant, I breastfed all three of my children through toddlerhood, and I’ve engaged in many lengthy debates about breastfeeding in public.

But in all that time, I’ve never seen a video that encapsulates the reality of the early days of breastfeeding like the Frida Mom ad that aired on NBC during the Golden Globes. And I’ve never seen a more perfect depiction of the full, raw reality of it than the uncensored version that bares too much full breast to be aired on network television.

The 30-second for-TV version is great and can be seen in this clip from ET Canada. The commentary that accompanies it is refreshing as well. We do need to normalize breastfeeding. We do need to see breasts in a context other than a sexualized one that caters to the male gaze. We do need to let new moms know they are not the only ones feeling the way they feel.

But there’s something else this ad calls to mind.

There are many people who think breastfeeding in public is inappropriate, especially around children. Undoubtedly, some people had that same reaction to this ad. To me, that’s totally backwards.

I want my kids to see babies breastfeeding. I want them to see it so often and in so many places that they internalize the fact that breasts serve an important purpose and aren’t primarily a sexual body part. I want them to see breasts being used for feeding a baby so they don’t grow up being weirded out by the idea or always seeing breasts as “inappropriate” due to the over-sexualization of breasts in our society.

Hiding away the reality of breastfeeding as if breasts are shameful while plastering advertisements with barely-covered breasts all over the place is a societal choice we’ve made. I’d honestly much rather show my children the full version of this ad below, bare breasts and all, than an ad for sexy lingerie that makes itself palatable by not showing nipples.

Nipples are how babies eat. We’re so accustomed to seeing nipples as sexual and therefore inappropriate to look at that we have created a society in which breastfeeding moms have to bend over backwards to avoid showing even a flash of nipple when feeding a baby. That’s ridiculous.

My hope is that people might see this ad and understand why making a fuss over breastfeeding in public is cruel to new moms. This ad shows not just the physical reality of learning to breastfeed (which is often harder than people expect), but also the flood of thoughts that go through your head at the same time. All of that is enough for new moms to deal with. Adding undue concern about not showing anyone any part of your breast when you’re away from home and baby’s hungry is an unnecessary layer of stress that nobody needs.

The double, fully bare breasts during feeding is something many new moms do at home for various reasons and I’m not suggesting that should be the norm in public. What I am suggesting is that having to make sure no one sees any breast or nipple at all, ever, is silly when this is the reality of breastfeeding for many moms.

(If you really can’t handle seeing breasts at all, you’ll want to go ahead and skip over this video.)

I have been through every single argument anyone could possibly make about breastfeeding in the presence of others, and the bottom line is always this: If you don’t want to see breastfeeding, you don’t have to. You have eyeballs that move freely inside your head, and if someone is feeding their baby in your vicinity, the easiest thing to do is for you to move your eyeballs a quarter inch. That’s it. No one is ever forced to watch someone breastfeed, ever.

If a breastfeeding mom wants to find a private place or use some kind of covering to make herself more comfortable, great. She should totally do that if it helps her feed her baby more comfortably. But if she feels compelled to hide away or cover up because she feels pressured to do so by a society that can’t differentiate between using breasts for sex and using breasts to feed a baby, she shouldn’t. We use our mouths for sex, too, and no one has a problem seeing people talk and eat with their mouths all day long, right?

Good for Frida Mom for making such a realistic commercial reflecting the truth about new motherhood and the early weeks of breastfeeding. It does get easier (usually) but it’s so important for everyone to understand the reality and see what it really looks like. Having a baby is blissful and beautiful in many ways, but it’s also overwhelming and exhausting. Since the challenges of this stage of motherhood are rarely seen from the outside like this, let’s remember that support for new moms—not just from loved ones but from society in general—goes a long way.

Biden announces that we will have enough vaccines for every adult in the U.S. by end of May
Couple’s video of their cats having a ‘spaw day’ has taken the internet by storm
Advertisement