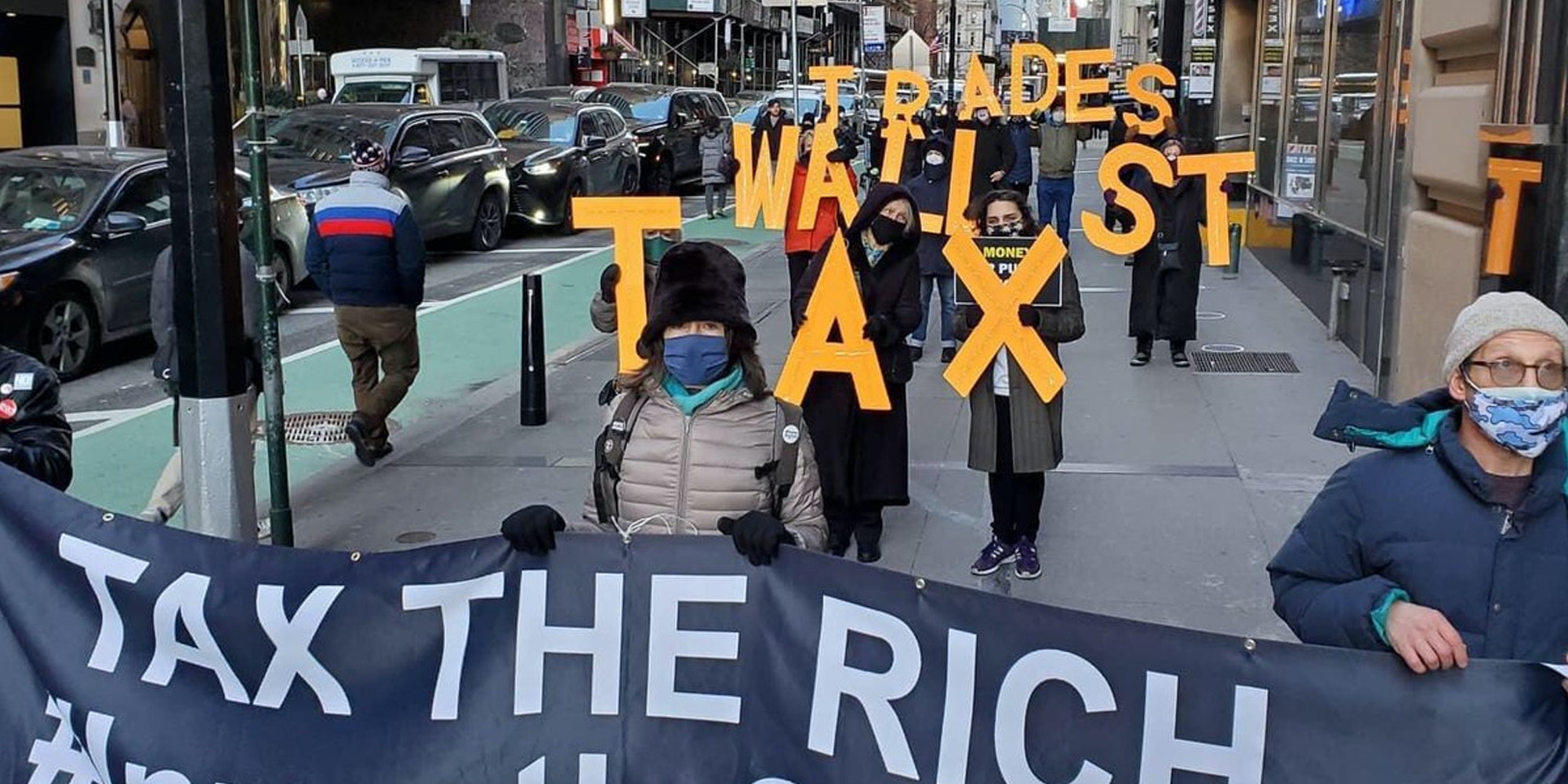 Viral videos show dozens of people gathered outside the New York Stock Exchange on Thursday to harass Wall Street traders and protest investing app Robinhood after it halted trading on GameStop and other firms that surged during the r/wallstreetbets blitz.

Several protesters followed people who were leaving the building and harangued them with shouts of “Shame!” and “Eat the rich,” the New York Post reports. One protester also repeatedly asked the Wall Streeters how much money they made.

A video shared by freedomnews.tv and later uploaded to the r/PublicFreakout subreddit shows the protesters holding up letters that spell “TAX WALL ST TRADES.” One demonstrator leads the group in several chants, including “What’s fair is fair, now pay your share” and “Tax the greedy, feed the needy.”

Robinhood halted trading on GameStop, AMC, Blackberry, and other companies Thursday after redditors snapped up shares en masse and drove their stock prices through the roof. GameStop, in particular, skyrocketed hundreds of percent in value and peaked at more than $400 a share, terrifying the hedge fund investors who short-sold the stock.

Robinhood said it was restricting transactions on the stocks “in light of recent volatility.”

In another video, one protester furiously explains that Robinhood removed his GameStop shares from his account and restricted trading on AMC and Nokia.

“They manipulated the market so the common man couldn’t win and the hedge fund investors win,” the man says. “But I’m here to say the common man wins. Fuck Robinhood!”

Social media users have slammed Robinhood for restricting trades and ratioed the app’s 2016 tweet that declared, “Let the people trade.” Rep. Alexandria Ocasio-Cortez (D-N.Y.) called the move “unacceptable” and expressed support for a hearing about it—and dunked on a clout-chasing Sen. Ted Cruz (R-Texas) when he seconded her motion.

Redditors shared similar sentiments under the Wall Street protest video, which has an astounding 109,000 upvotes at the time of this writing.

The post Redditors are trying to revive Occupy Wall Street after being shut out of trading on Robinhood appeared first on The Daily Dot.