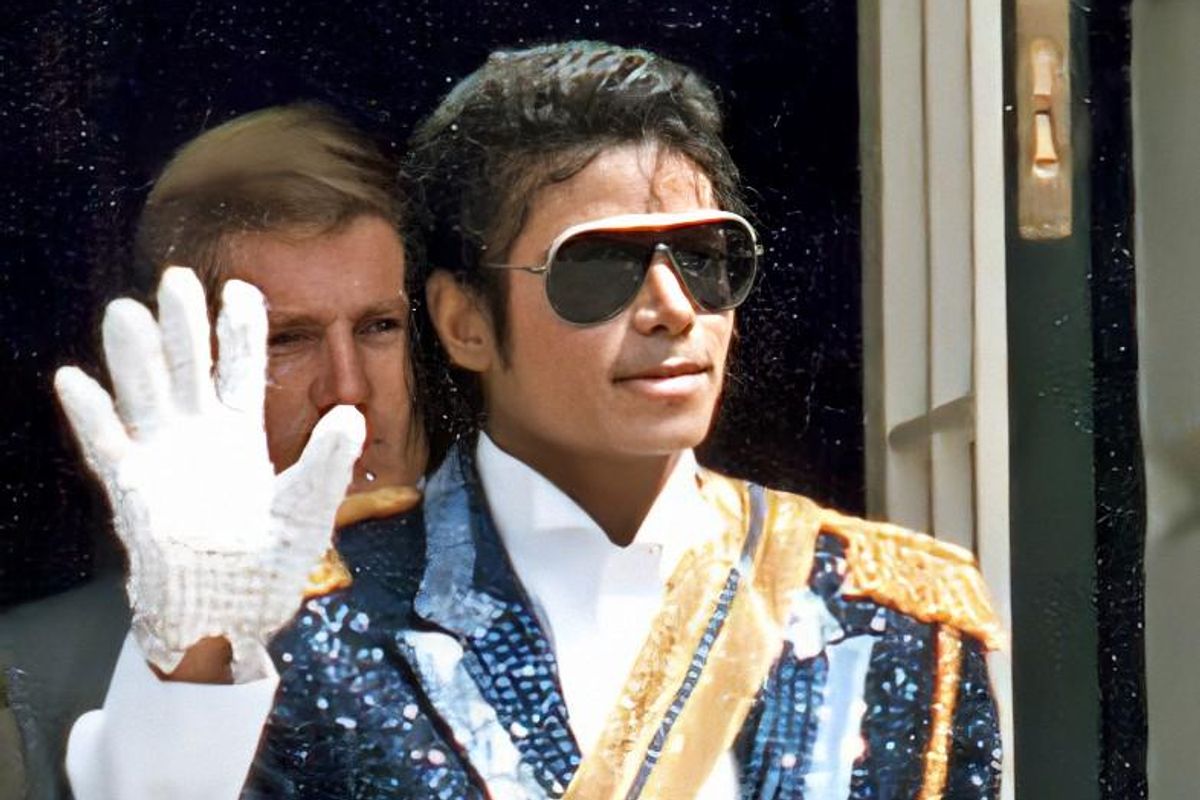 Michael Jackson was an icon, it seems since he was born. The way he captivated audiences with his dance moves and larger-than-life stage presence stood in contrast to how shy the late star was when he wasn’t performing. In a resurfaced video of his Grammy acceptance speech, you get to see quite how shy he was and also how important family was to him.

In 1984, Jackson broke records with his seventh Grammy win and when he got up to the microphone his face flushed as he smiled nervously. It’s a smile that was contagious. Before he began his speech, he asked for his sisters to join him on the stage.

After La Toya joined him, he waited for his other two sisters, Janet and Rebbie, to join him on the stage. The whole moment is sweet as he points out his mother, who he says is too shy to come to the stage.

Jackson then tells the crowd, “I have three sisters. I’d also like to thank all my brothers who I love very dearly, including Jermaine.” His sisters giggle behind him and the camera pans to his brother sitting in the crowd. Judging by the siblings’ reactions, it must’ve been some inside joke at the time that I’m too young to be privy to.

Jackson thanked people he forgot during his last acceptance speech, including Quincy Jones’ wife Peggy for her help on the “E.T.” album. As the speech came to a close he asked his sisters if he should take his glasses off after he revealed that he told Katharine Hepburn he would. The crowd went wild as he pulled them down just for a second.

Check out the video below:

Some people think audiobooks don’t ‘count’ as reading. It’s time to change that mindset.
People are baffled over this machine that sorts out green tomatoes in a mere second
Advertisement