Review: ‘Kevin Can F**k Himself’ shatters the illusion of the family sitcom – Nogagames 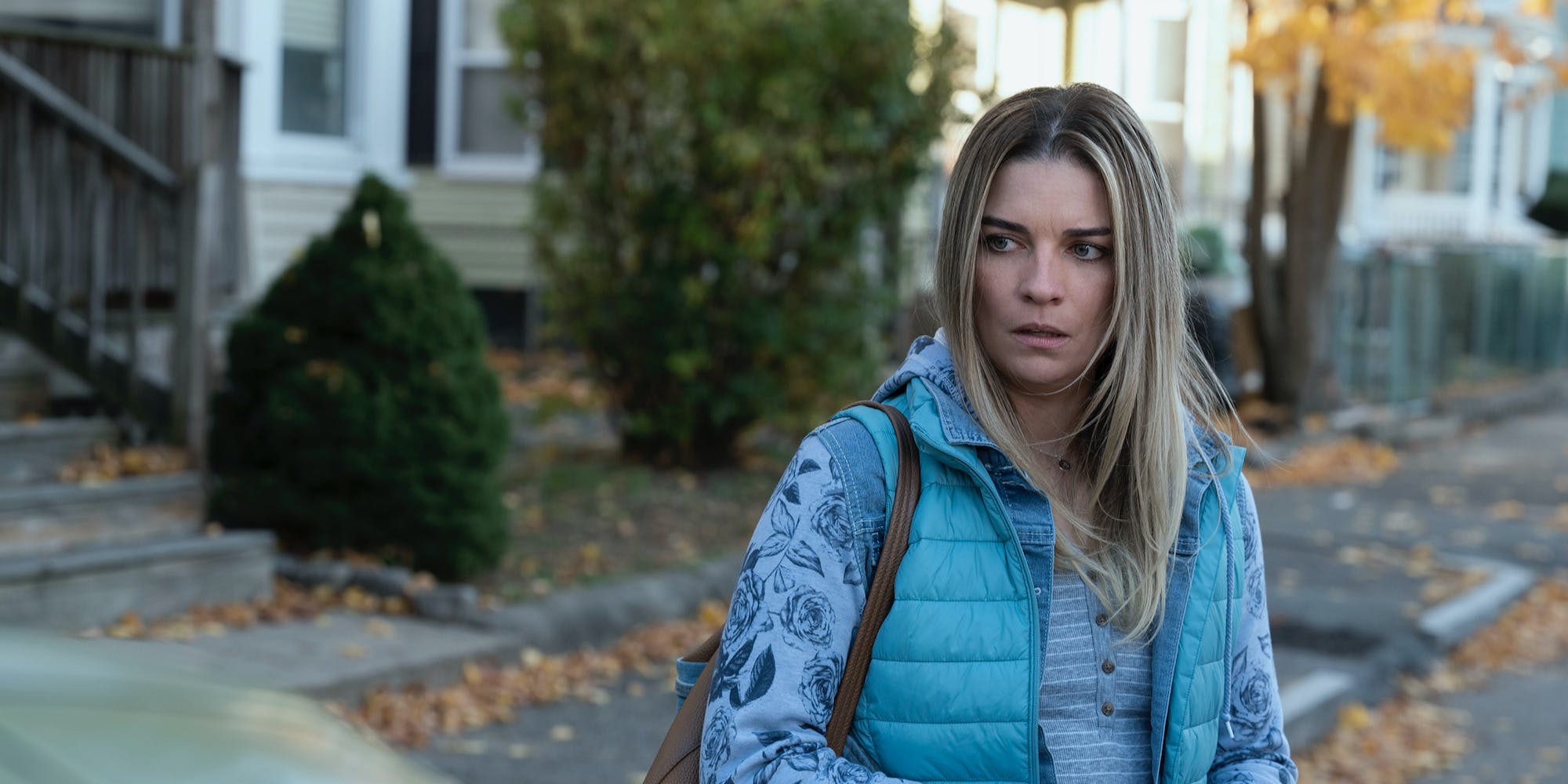 The TV marriage between a schlubby man and an attractive woman has been a sitcom staple pretty much as long as sitcoms (which largely feature heteronormative white families that enforce these values) themselves. He can roll out of bed and walk out the door while she has to be put together at all times. He’s funny while she’s depicted as humorless. He gets to have fun while she’s a nag. He gets to leave his work at the office while maintaining the household often is her second full-time job. He has a social life while her inner circle usually revolves around him, his friends, his family, and—in shows that include them—their kids. He barely knows how to function without her. She seems to exist solely to function for him. On the rare occasion that the husband realizes he actually screwed up, they usually kiss and makeup by the episode’s end.

Kevin Can F**k Himself

Release Date: June 13, 2021
Creator: Valerie Armstrong
Streaming: AMC+
Split between a biting satire of the American sitcom and a darker comedy, ‘Kevin Can F**k Himself’ centers around a long-suffering wife who’s confronted with the harsh reality of her life with her classically schlubby sitcom husband. While it’s sometimes a tough balancing act to nail on a tonal level, Annie Murphy’s star performance does a lot of the heavy lifting./span>

“What the hell does she see in him?” is a question I’ve often asked myself watching many of these sitcoms over the years, some of which have started to blur together. For Allison McRoberts (Schitt’s Creek’s Annie Murphy), the harried wife at the center of Kevin Can F**k Himself, Valerie Armstrong’s (Lodge 49) searing satire of the sitcom wife, it’s not really a question she can answer. Now 10 years into her marriage with Kevin (Eric Petersen), Kevin Can F**k Himself yanks the rose-tinted lenses off of Allison’s face, leaving her to reckon with the life she thought she knew. Split between a sitcom and a dark comedy, Kevin Can F**k Himself sometimes struggles to nail the tightrope between the two genres it’s straddling, but, thanks to Murphy, it mostly succeeds.

Kevin Can F**k Himself isn’t necessarily a direct attack on any single sitcom that employed those outdated tropes, although a number of sitcoms like King of Queens, According to Jim, and especially Kevin Can Wait—the Kevin James sitcom that carelessly killed off Erinn Hayes’ wife character and replaced her with Leah Remini so it could facilitate a King of Queens reunion and whose title Kevin Can F**k Himself likely riffs off of—will almost certainly come to mind. There’s Pete (Brian Howe), Allison’s offensive father-in-law. Neil (Alex Bonifer) is the obnoxious next-door neighbor who helps to bolster Kevin’s ways while his sister Patty (Mary Hollis Inboden) is the woman who tries to be one of the guys and mocks Allison along with everyone else.

And then there’s Kevin. He’s loud and boorish with the memory of a goldfish and is the kind of person who will rope her into hosting a lame and respectable party for his boss while he gets to attend the real party outside. He’s so insensitive that he’ll make quips about how Allison can’t use her bloody hand as an excuse to be moody because she “already used that excuse once this month.” His idea of a dinner date with his wife is setting the table at home (something he probably had help with) and then expecting her to cook the dinner or asking her to stay up all night watching a pig roast while he sleeps to spite his neighbor. He doesn’t want anybody or anything to diminish the amount of attention Allison gives to him—not even a dog. And he doesn’t want anything about their life in Worcester, Massachusetts to change. Kevin is the kind of guy who, if you described him to friends, they’d probably tell you that you should’ve dumped years or dozens of red flags ago.

Whenever Allison is in Kevin’s orbit, the sets are showered in bright lights and a laugh track, and Kevin Can F**k Himself is shot like a multi-cam sitcom. Allison shrinks in those scenarios. She mostly just takes it with a strained smile or an occasional quip; someone then replies that she isn’t funny and that she shouldn’t try to make jokes. But when she leaves the room, the angles change, the lighting is dimmed with a more blue hue, the kind more at home in a prestige drama. The laugh tracks are gone, and Allison is left with the grim reality of her life with Kevin; in the latter show, Kevin Can F**k Himself much more resembles Breaking Bad. In that world, Murphy’s performance showcases the depths of Allison’s rage.

Allison clings onto the hopes and dreams of a better, more idyllic life in which she pours her husband an ice-cold beer, or of the new house she and Kevin could own. But Kevin is incredibly averse to change and keen on methods of sabotage big and small, and it doesn’t take much to figure out which spouse wins those passive-aggressive battles. (The most minor of spoilers: not Allison.) When it finally hits her, it’s almost like her reality is shattering before her eyes. “I’ve had the worst…decade, really,” she tells another character. “I can’t believe I spent so much time on nothing.”

She has a few options at her disposal: She can continue living her pathetic life, in which Kevin wins every single day. She can leave him, which, in her view, Kevin would still win. Or, she can cling onto a new dream, one that initially starts as a surreal crash into her more idyllic thoughts but eventually becomes much more enticing. In some regards, it’s a matter of petty and quiet revenge, but the further Allison explores this avenue in the first half of the season, Allison only gets more ammunition to fuel the flame.

Patty initially pities Allison for living in a fantasy, it soon becomes clear that she has an extensive entire life outside of being the sitcom’s Cool Girl, yet another thankless sitcom role waiting to break free. Although they weren’t really friends for the past 10 years, circumstances such as a road trip in episode four that brings them much closer to understanding one another. The rest of the cast doesn’t venture far outside their character archetypes, making one subplot involving Kevin creating an escape room while Allison is out of town all the more grating.

Kevin Can F**k Himself can, at times, seem like a ticking time bomb that both works in its favor and could blow up its entire premise. Its dual visual storytelling devices make for a fascinating contrast, but it can also feel like two disconnected shows. While Allison’s victories and failures make her journey all the more compelling, Kevin will almost certainly test an audience’s patience. But Murphy offers plenty of good arguments for why the thrill of watching a housewife finally free of her cuffs is worth all of the strife.

The post Review: ‘Kevin Can F**k Himself’ shatters the illusion of the family sitcom appeared first on The Daily Dot.

‘This is CAP’: TikToker claims her 10-month-old spent $10,000 on Tesla upgrade
How Loki became a genderfluid icon in Marvel fandom
Advertisement