RFK Jr. is releasing a new film trying to convince Black people to not take the COVID-19 vaccine – Nogagames 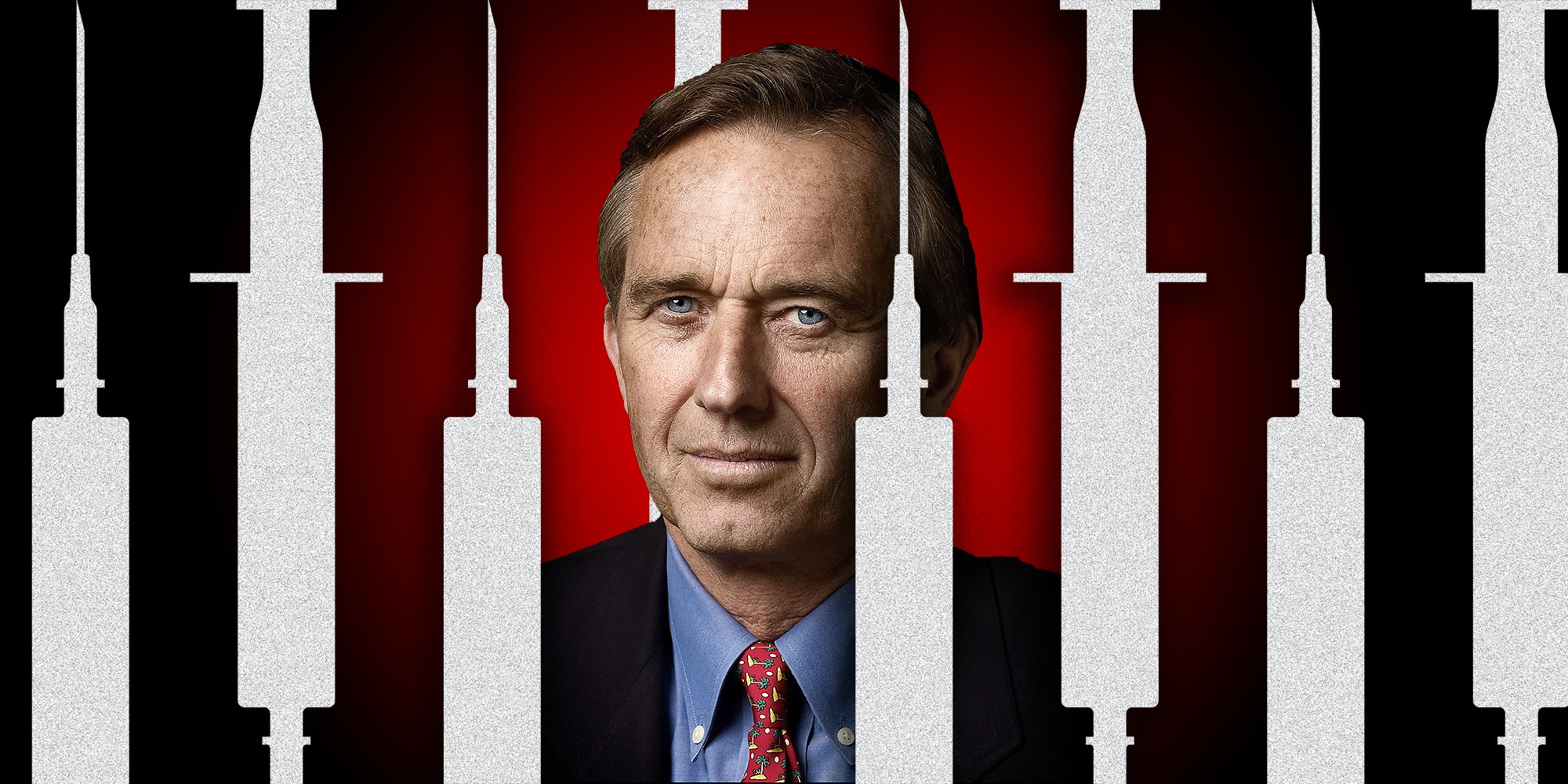 Robert F. Kennedy Jr. is allegedly planning to release a film today with anti-Black and anti-vaccine themes produced by his own organization, Children’s Health Defense.

An email was posted to Twitter Wednesday highlighting Kennedy’s alleged request to have the film shared and promoted on other medical outlets by Dr. Angela Rasmussen, a virologist and researcher at the Center of Infection and Immunity at Columbia University.

“It has come to my attention that noted anti-vaccine zealot Robert F. Kennedy Jr. is releasing a film tomorrow targeting the Black community with some appalling misinformation. It is not just filled with falsehoods. Despite claiming to be anti-racist, it is racist as hell,” Rasmussen tweeted including a picture of Kennedy’s email.

In the email, Kennedy approaches the subject of racism in the medical field from a backwards perspective, claiming his film “shines a light on these horrifying stories” and the solutions to move forward.

“The only way for medical racism to end is to learn from the mistakes of the past,” Kennedy writes in the email.

Yet the film, Medical Racism: The New Apartheid, claims the Black community has double the antibody reaction to “some vaccinations” without clarifying any scientific sources and what vaccinations are in question. It claims that Black people also have “adverse” responses to vaccines, a blanket statement issued at a terrible time.

The film’s pending release during the COVID-19 pandemic is sure to spread fear among the Black community as to whether the COVID-19 vaccine is safe for them, despite the fact that the alleged film relies on outdated studies unrelated to COVID-19.

Kennedy describes the film’s goal as to unearth the truth of “medical experimentation on Blacks.”

Underneath the video on the site reads, “Is the COVID-19 Vaccine Safe?” but the documentary does not appear to answer this question.

“Public health professionals must reckon with both the past & present reality of medical racism. It’s essential for building trust. But films that exploit distrust to literally kill more Black people? We aren’t trustworthy if we don’t loudly oppose this for its abhorrent racism,” Rasmussen tweeted as a follow-up.

Kennedy is not a new face to controversy as he was banned from Instagram in February after continuously posting anti-vaccine content on the platform and spreading misinformation about the COVID-19 vaccine. He has not been removed from any other social media, including Facebook, which owns Instagram.

After being removed from Instagram, Kennedy gave a statement to the Defender, the news site run by his organization, Children’s Health Defense.

“The mainstream media and social media giants are imposing a totalitarian censorship to prevent public health advocates, like myself, from voicing concerns and from engaging in civil informed debate in the public square,” Kennedy said.

Many users on Twitter responded to the tweet in shock and frustration at how far Kennedy has gone to spread anti-vaccine rhetoric surrounding the COVID-19 vaccine and specifically target the Black community in the process.

“How low can one man stoop?” one user tweeted. “Degradation in despair is what this is. He’s doing his worse, craving for others to listen to him.”

As the tweet spread, many users began tagging Twitter Support to have Kennedy removed, as well as to stop the spread of misinformation on the platform.

“This is why ‘doing your own research’ can be so dangerous, especially when that research is done to confirm bias. RFK Jr. has no background in science or scientific research to support his claims, and his outright dishonesty is reason enough for Twitter to drop him,” another user posted.

Other users on Twitter mentioned how Kennedy is tarnishing the family name and using its heft to openly target the Black community to prevent them from getting the COVID-19 vaccine.

“The worst kind of deception-the lion cloaked as a lamb. He’s a lawyer who sues large companies and this is an infomercial,” one user tweeted.

The Children’s Health Defense did not immediately respond to the Daily Dot’s request for comment.

The post RFK Jr. is releasing a new film trying to convince Black people to not take the COVID-19 vaccine appeared first on The Daily Dot.