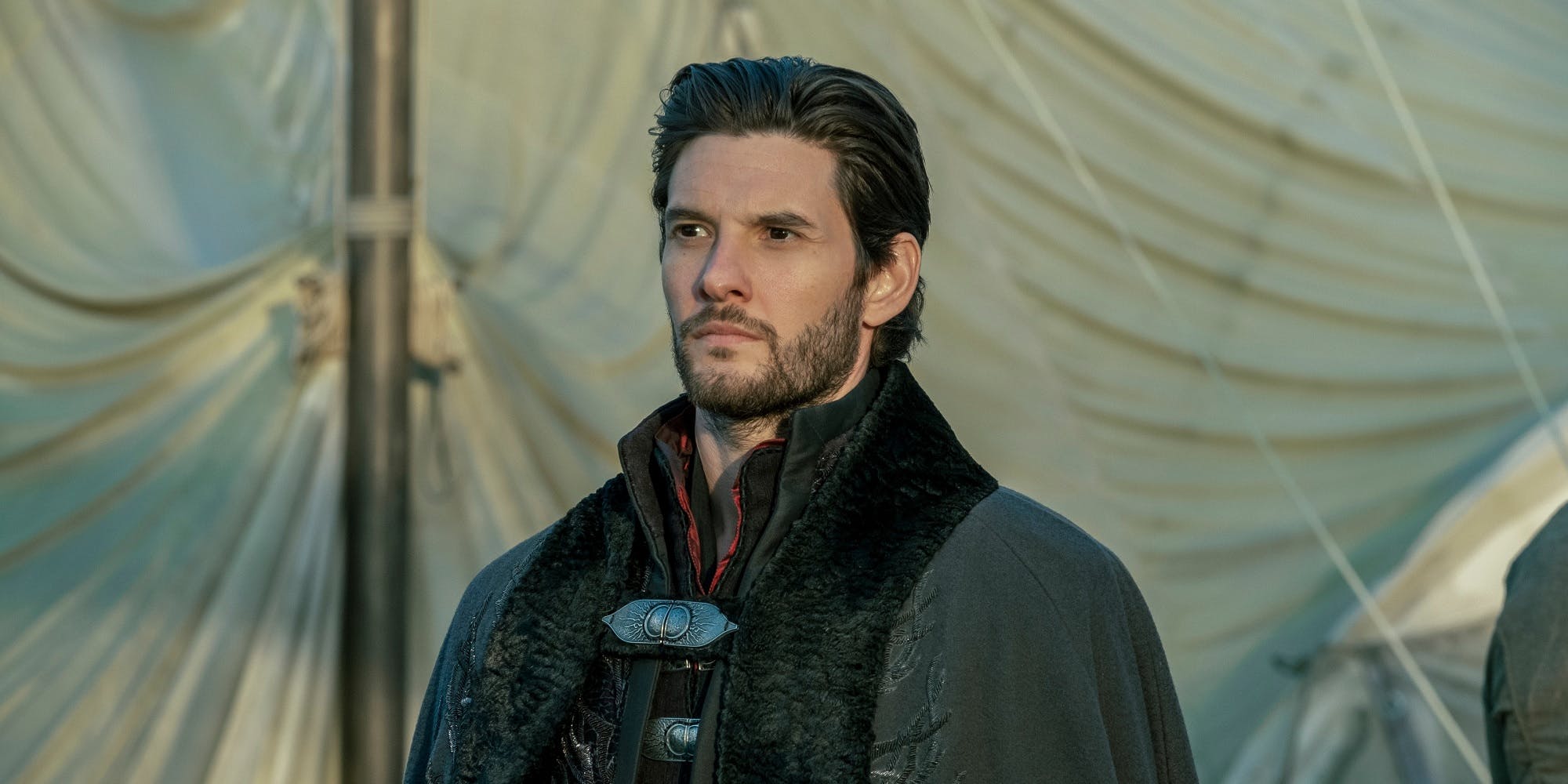 Ben Barnes was the internet’s boyfriend before “the internet’s boyfriend” was really a thing. For a certain subset of millennial fantasy fans, his presence is a crucial selling point for Netflix’s Shadow and Bone. That makes him a rather specific type of internet boyfriend, because if you ask the average person who Ben Barnes is, their answer would probably be “Who?”

Thanks to his breakout role as the title character in 2008’s The Chronicles of Narnia: Prince Caspian (the quintessential fantasy prince, complete with shiny hair and a poet shirt), Barnes became crush-material for a generation of tweens. Thirteen years later, his career has come full circle, playing the menacingly attractive General Kirigan (aka the Darkling) in Shadow and Bone. And we partly have fandom to thank for that, because Barnes has long been a popular casting choice among fans of Shadow and Bone‘s source material, the Grishaverse novels by Leigh Bardugo.

According to Polygon, Ben Barnes was already on showrunner Eric Heisserer’s radar because his wife worked with Barnes on Netflix’s The Punisher. But when Heisserer mentioned him to Leigh Bardugo, she immediately responded with an old Tumblr post fan-casting Barnes as the Darkling. Grishaverse fans were all over this idea as early as 2013.

When Barnes arrived for his first meeting about Shadow and Bone, he literally showed Heisserer the same Tumblr post. So while he doesn’t actively court sci-fi/fantasy fandom like certain actors (Henry Cavill; Simu Liu), he’s clearly aware of his personal brand. For a long time, that meant being loved for a role he didn’t actually play: Harry Potter‘s Sirius Black.

In the late 2000s and early 2010s—the crossover point between LiveJournal fandom and the Tumblr era—Ben Barnes was the go-to choice for Sirius Black fan-castings. The Marauders (James Potter and friends) represented a tantalizingly unexplored corner of Harry Potter canon, the sunny 1970s heyday of a generation lost to war. Before J.K. Rowling alienated much of her fanbase, people spent years clamoring for a Marauders spinoff.

Sirius was particularly appealing: the charismatic scion of a wizarding dynasty, doomed to die young after being jailed for a crime he didn’t commit. And since he’s canonically described as a handsome young man with long dark hair, Ben Barnes (or Bin Bons, as he was called on LiveJournal) immediately sprang to mind. His role in Dorian Gray (2009) cemented the image, providing a wealth of content for Sirius Black fanvids and gifsets. The actors who actually played the young Sirius Black (Rohan Gotobed and James Walters) had far less impact.

Ben Barnes did not, in fact, put much work into cultivating this level of devotion. His main contribution was to show up and look beautiful in films that people watched at a formative age. He’s a good actor, sure. But there are plenty of good actors out there. His real power is his ability to inspire nostalgic goodwill. If a celebrity becomes your middle-school crush and remains unproblematic through to adulthood, that’s a kind of positive PR that money can’t buy.

A career that led to playing TV villains

Prior to Prince Caspian, Barnes appeared in the Neil Gaiman fantasy film Stardust (alongside Henry Cavill and Daredevil‘s Charlie Cox), but he never received the kind of role that catapults someone to Tom Hiddleston status. Nor did he cultivate a celebrity persona. He’s the sort of actor who doesn’t have a “personal life” section on his Wikipedia page.

After a string of mid-range movies in the 2010s, Barnes starred in the disastrous fantasy flop Seventh Son (2014). At this point, he segued into a certain type of role: big-budget TV villains. In Westworld, he plays a rich and sadistic playboy who kills androids for fun. In The Punisher, he plays a manipulative supervillain with a tragic past. And in Shadow and Bone, he’s the dangerous, gothic counterpoint to the heroine’s more wholesome love interest. (In a choice between a stylish tyrant and an earnest hunk, the bad boy invariably holds more appeal.)

This successful new career move highlights a peculiar problem in Hollywood. The industry doesn’t know what to do with good-looking actors who appeal more to young women than men. Prettiness will serve you well in teen-oriented media, but it takes a gargantuan, Robert Pattinson-level effort to escape that niche. In general, Hollywood prefers its leading men to be macho and/or relatably average-looking. So it makes sense that Ben Barnes (still looking luminously well-moisturized at 39) is now enjoying a resurgence via roles that position his handsomeness in a threatening light.

Shadow and Bone‘s Darkling is unabashedly tropey: a dangerous older man who drags the heroine out of her comfort zone, encouraging her to embrace her power while demanding to use that power for his own ends. His introductory scenes are positively seething with panache, culminating in a battle where black magic roils around his billowing cape. In the same way that Prince Caspian emerged directly from Lisa Simpson’s Non-Threatening Boys magazine, the Darkling continues a long tradition of Lestats, Lokis, and Kylo Rens. And it’s thoroughly satisfying to see Ben Barnes embrace this new phase of his career.

The post ‘Shadow and Bone’: All hail the Ben Barnes renaissance appeared first on The Daily Dot.

A strident anti-mask QAnon believer was accused of assault—now she may win a seat on a local school board
’He called me a ‘Black f*cking b*tch’: TikToker says racist man hit her with minivan
Advertisement