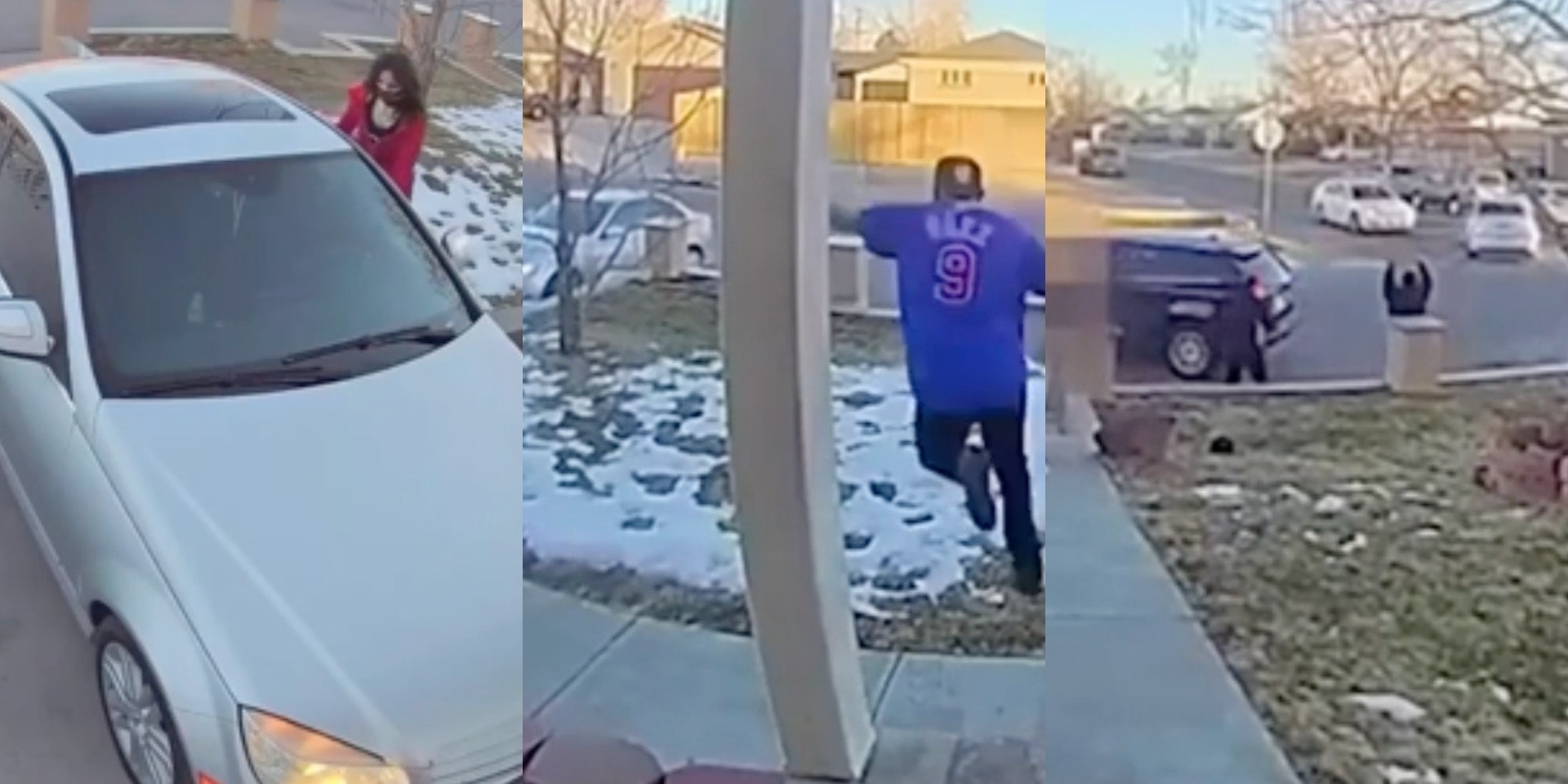 A shocking viral video shows a woman stealing a car out of a driveway and shooting a handgun at the owners when they confronted her.

Home surveillance footage later uploaded to Reddit’s r/PublicFreakout shows a couple parking a black Volvo along the sidewalk next to a family’s driveway. A woman in a red hoodie runs across the driveway and hops into the driver’s seat of the silver Mercedes, which the family’s son had started a few minutes earlier.

The video then cuts to show the car thief blasting the horn and backing down the street, driver’s side door ajar. She doesn’t make it far, slamming into a stone fixture at the foot of the family’s yard and eliciting screams of horror from a 10-year-old child.

More people gather around the Mercedes, including the driver of the black Volvo. Then, a gunshot rings out. According to KDVR, the car thief fired the gun but hit the ground.

As the family members continue to scream in terror, the Mercedes and Volvo take off in opposite directions.

Nobody was injured in the carjacking. The family involved in the robbery asked to have their identities withheld for security purposes. Anybody with information about the crime is encouraged to call Metro Denver Crime Stoppers.

The post Shocking video shows woman stealing car out of driveway, shooting at family when they confront her appeared first on The Daily Dot.

People won’t stop dunking on Netflix’s ‘Malcolm and Marie’
The best memes of 2021, so far
Advertisement