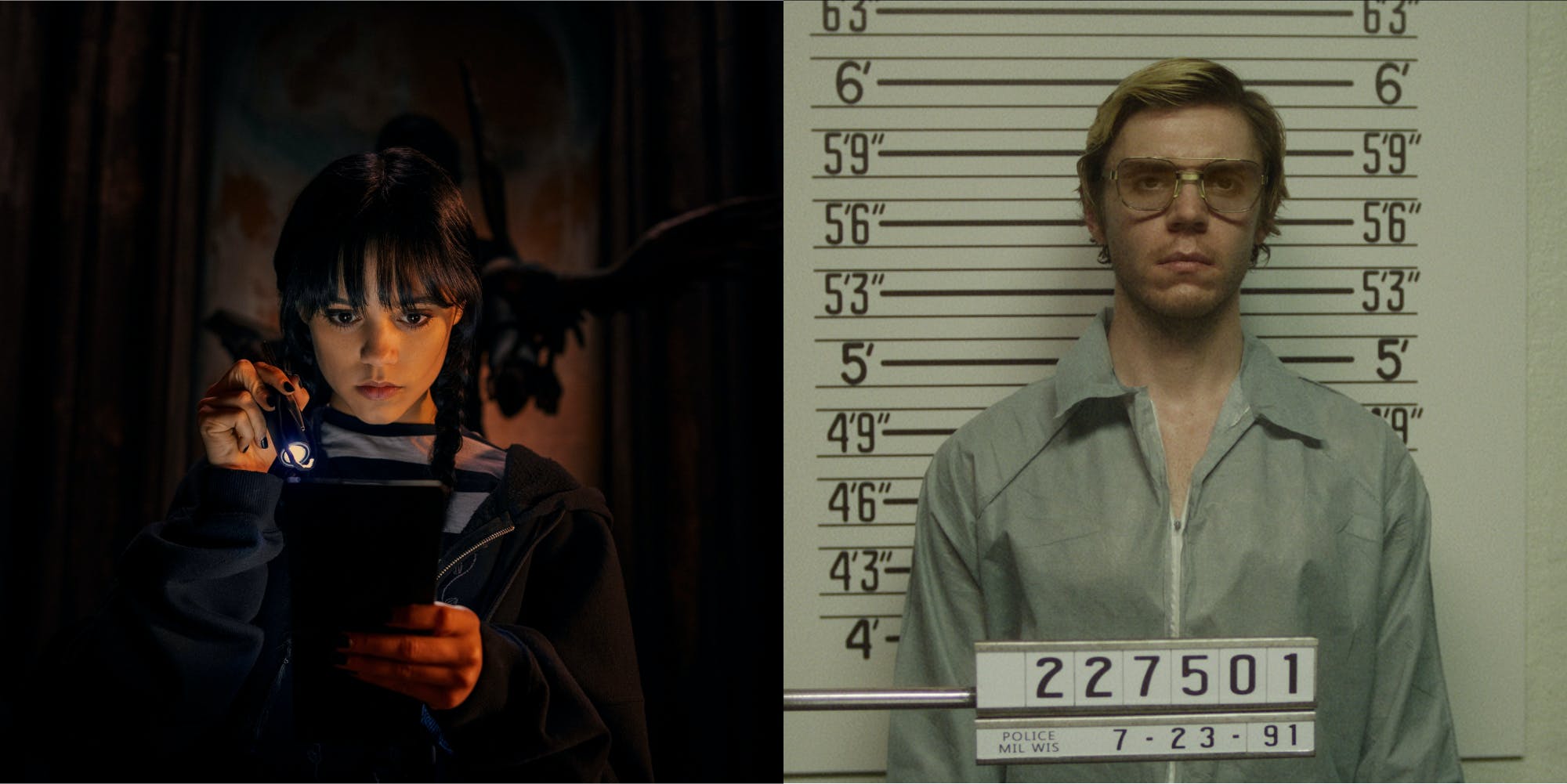 The Hollywood Foreign Press Association (HFPA) announced its nominations for the 2023 Golden Globes on Monday. And along with some surprises and the usual criticism about the lack of female directors among the nominees and the actors who were left off are two of Netflix’s biggest shows that made the cut.

Dahmer — Monster: The Jeffrey Dahmer Story is among the most-nominated limited series of the year, with four nominations for best limited series, anthology series, or motion picture made for television. Acting nominations also followed for Evan Peters, Niecy Nash, and Richard Jenkins. Dahmer is tied with The White Lotus season 2 and Pam & Tommy for the number of nominations in the limited series section, while The Crown’s fifth season and Only Murders in the Building’s second season match that total of nominations in the TV drama and comedy or musical categories, respectively.

Some of the same criticisms against Dahmer that emerged when the first season of the planned anthology series dropped resurfaced as the HFPA received criticism for nominating a show that retraumatized the families of Dahmer’s victims.

On the TV comedy side, Wednesday, Tim Burton’s teen show centered around Wednesday Addams—has taken Emily in Paris’ slot with two nominations for best TV comedy and best actress in a comedy for Jenna Ortega. Not in terms of quality: Wednesday has gotten a better reception than Emily in Paris, the latter gaining popularity partly from hate watches and ironically might have led to the HFPA’s many scandals coming to light. But rather, both shows are buzzy Netflix comedies that people might not have expected to get nominated for anything.

Some people were surprised that a show released so recently—Wednesday season 1 premiered on Nov. 23—but for many, it was a surprise. (Films and shows that come out during 2022 are eligible, including movies set to debut later this month.)

While Dahmer and Wednesday aren’t the only Netflix shows to receive nominations (The Crown, Ozark, and Inventing Anna also got some love on the TV side while Glass Onion, Blonde, All Quiet on the Western Front, and Guillermo del Toro’s Pinocchio were nominated on the film side), they’re both illustrative of what’s hitting on Netflix nowadays. Dahmer, Ryan Murphy’s biggest Netflix hit to date, taps into viewers’ love of true-crime documentaries and dramatizes the crimes of one of the U.S.’s most infamous serial killers. Wednesday taps into a younger audience while looking aesthetically similar to previous shows like The Chilling Adventures of Sabrina, The Umbrella Academy, and The School for Good and Evil.

Both offer something familiar to viewers, and according to Netflix’s own metrics, it’s paying dividends: In their respective first 28 days after premiering, Dahmer and Wednesday are the second and third most-watched English-language TV shows on Netflix of all time. (They’re only beaten by Stranger Things 4.) Dahmer’s numbers have gone up in its second month on Netflix, which reported that it has now reached over 1 billion hours viewed in its first 60 days. Right now, those types of shows are hits for Netflix, and to add more fuel to it, that strategy is also getting some awards love.

The post Some of Netflix’s all-time biggest TV hits got Golden Globe nominations appeared first on The Daily Dot.

‘A common occurrence’: Hotel guest shares PSA about how to find hidden cash in your hotel room
‘They got me’: Woman says scammer used her mom’s voice, contact info to convince her she was kidnapped
Advertisement