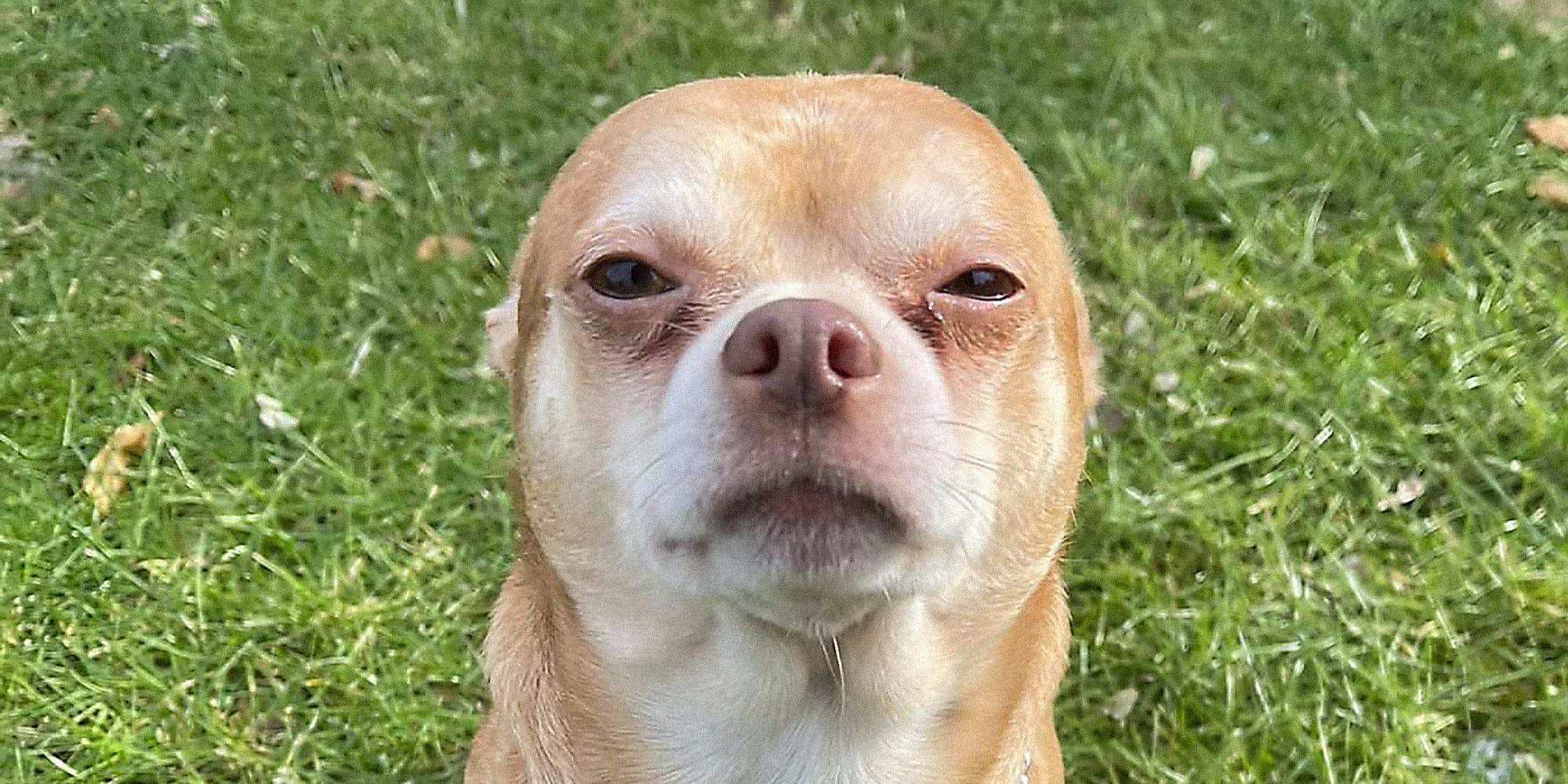 Posts about dogs who shelters have struggled to get adopted for a multitude of reasons go viral all the time, but in the case of a Chihuahua named Prancer, it was the very specific nature of a brutally honest ad that made him an internet star. But that viral post may have also led to him finding his forever home.

A few weeks ago, @HLMongoose posted screenshots of a Facebook post by Tyfanee Fortuna along with a picture of a dog. The caption read “This is the funniest thing I’ve read in awhile” and was vague enough that in order to find out what was so funny, you had to read it.

But you only had to get through a few lines to see why it’s worth the click.

Fortuna, who’s been fostering Prancer for several months, is at the end of her rope. She knows that it’s difficult to sell someone on a dog as difficult as Prancer, so instead she’s going for the brutally honest route, going as far to describe Prancer as “a vessel for a traumatized Victorian child that now haunts our home.” The ad is paired off with the perfect photo of Prancer looking pissed, selling the point of a wonderfully terrible dog even further.

“There’s not a very big market for neurotic, man hating, animal hating, children hating dogs that look like gremlins,” Fortuna wrote. “But I have to believe there’s someone out there for Prancer, because I am tired and so is my family. Every day we live in the grips of the demonic Chihuahua hellscape he has created in our home.”

According to Fortuna, Prancer is the way he is due to not being properly socialized by his first owner, an elderly woman, and some Chihuahua-predisposed nerves; when he arrived, according to Fortuna, he was obese, made to wear a cashmere sweater, and had access to a bacon, egg, and cheese sandwich in his crate. After getting over the initial shock of being in a new home, Prancer’s true personality began to show.

And while Fortuna can only guess that Prancer wouldn’t get along with kids, Prancer’s poor track record of getting along with men or other pets in the house is probably a good predictor of this. But Fortuna also argues that Prancer is loyal, would protect you, and is well-behaved in the right environment.

“I know finding someone who wants a chucky doll in a dogs body is hard, but I have to try,” Fortuna wrote.

For many online, the brutalness of Prancer’s ad made him all the more endearing—and fellow Chihuahua owners could relate.

Prancer’s happy ending arrived just a few weeks later. According to Today, Ariel Davis, who works at a rehabilitation facility in New Haven, Connecticut, reached out to Second Chance Pet Adoption League, who was trying to find a new home for Prancer. Davis, who previously owned a dog with similar attributes to Prancer, saw something similar in Prancer. And she ticked off the boxes that Fortuna’s brutal ad described.

On Monday, the @dog_rates account reshared Fortuna’s brutally honest ad to update Twitter that yes, Prancer had been adopted.

“This is Prancer. He’s ‘the vessel for a traumatized Victorian child’ who went viral for his brutally honest adoption ad,” @dog_rates tweeted. “We are excited to share he finally found his forever home: one without men, children, or anything else he can’t h*ckin stand. 14/10.”

“We sincerely hope that his story has inspired thousands to adopt the overlooked underdogs,” the Second Chance Pet Adoption League wrote in a Facebook update about Prancer’s adoption. “And shelters and rescues: embrace what makes the dogs in your care unique and get creative in marketing them to the right audience… all you have to do is catch the attention of the one perfect person to change their lives!

Fortunately, if you want to continue following Prancer’s exploits in his new home, he has his own Instagram account where he is as cute and demonic as ever.

The post Someone adopted Prancer the ‘demonic’ Chihuahua— after ad went viral appeared first on The Daily Dot.

‘Hear the pop?’: Cops laugh at footage in which they violently arrest 73-year-old woman with dementia
White nationalist Nick Fuentes says he can’t get to his anti-big tech presser because he’s been banned from flying
Advertisement