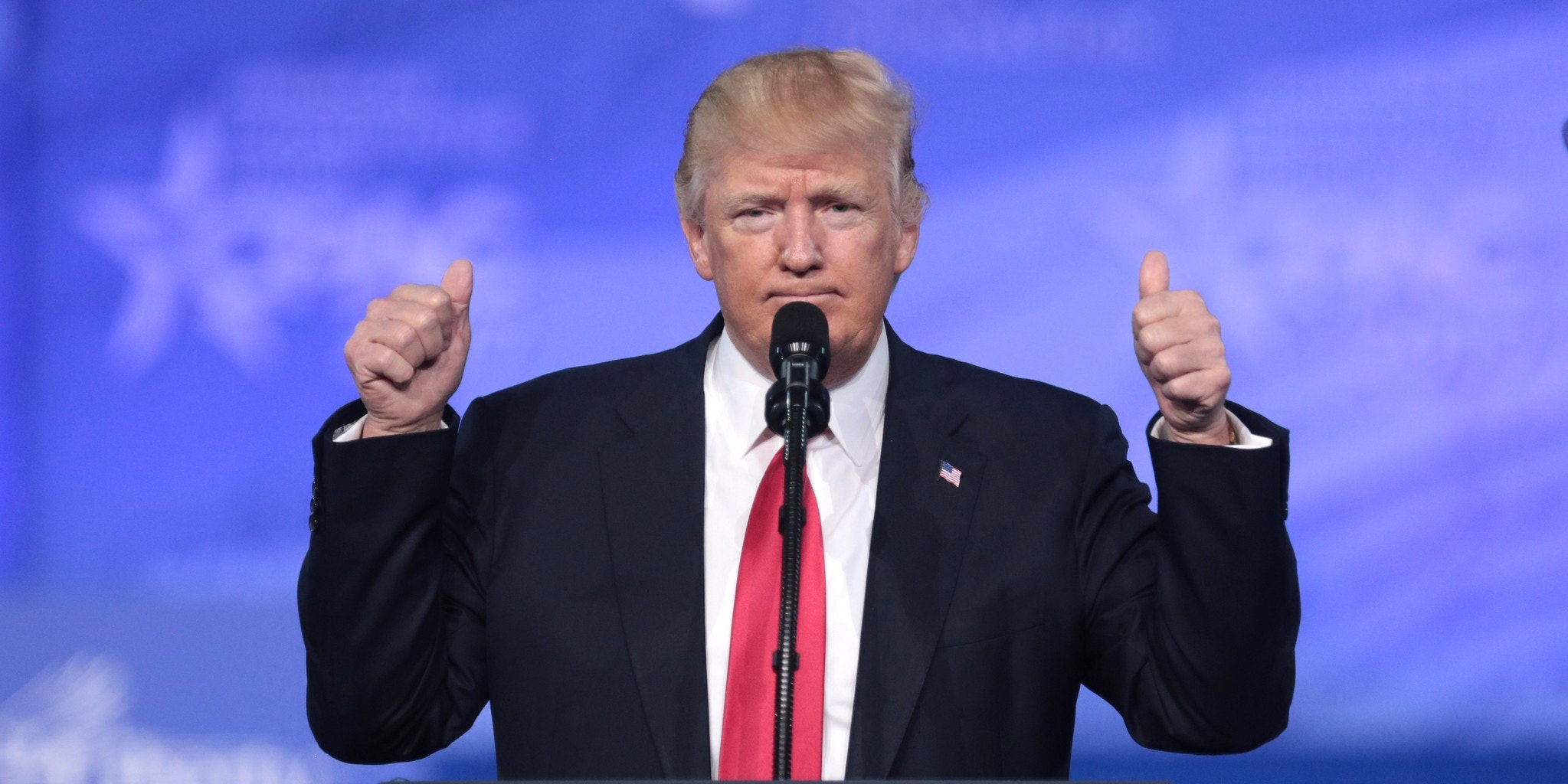 Every year, the Conservative Political Action Conference (CPAC) assembles a cornucopia of Republicans for several days of speeches, preachers, and sex

Pandemic be damned, this year is no different. The conference in Orlando, Florida will feature felons, gun fetishists, QAnon conspiracy theorists, people who’d be irrelevant if their daddies weren’t politicians, and, of course, racists.

In what attendees will certainly consider a treat, this year, there are even a couple of killers on the agenda.

That’s right, killers. And, no, this isn’t referring to the two speakers formerly of the New York Police Department.

Some, though not all, of the killer CPAC presenters didn’t personally wield a weapon, but they’re culpable just the same.

Take Kurt Schlicter. The Townhall columnist has spent the last several years fantasizing about a bloody race war that turns into civil war between liberals and conservatives.

“As my recent novel illustrates, American guerillas with small arms are a deadly threat to the forces of a dictatorship,” he wrote in one of his books.

Sound familiar? It should. The deadly Capitol riots were perpetrated by guerillas calling themselves “patriots,” stoked into a frenzy about dictator Democrats stealing the country.

While Schlicter isn’t solely to blame for the failed insurrection attempt that claimed five lives and injured hundreds, his writing has fanned the flames for years.

Rep. Mo Brooks (R-Ala.) is among the many CPAC speakers who also bear blame for the Capitol riots. At the rally directly preceding the riot, Brooks asked the crowd if they would “fight for America” and vowed, “Today is the day that American patriots start taking down names and kicking ass.

Brooks may be unwilling to take any blame, or apologize, but there’s no doubt his speech further ginned up a crowd already drunk on election fraud lies and nationalist outrage.

Speaking of people armed with more weapons than sense, who could forget former NRA darling Dana Loesch? Before accomplishing the feat of becoming too toxic even for the “thoughts and prayers” lobbying group that’s cool with abusive partners buying assault rifles fresh out of lockup, Loesch was a role model for weapons fetishists everywhere.

She may not have personally been the triggerwoman, but Loesch has spent much of her career working to get guns into people’s hands and fighting gun control measures supported by overwhelming majorities of Americans.

But those are all (relatively) hypothetical. Let’s talk about deaths that are much more tangible.

Gym owner Ian Smith is one of CPAC’s speakers who’s actually killed a man, which probably earns him VIP access. If his name sounds unfamiliar, it’s because you don’t frequent right-wing blogs that deify anyone who disobeys pandemic restrictions.

Smith’s claim to fame is keeping his New Jersey gym open—in defiance of state orders to stay closed to slow the spread of COVID-19.

Though it’s at least possible that his squat thrusts are a super spreader event, he didn’t become a killer by only keeping his gym open. In 2007, Smith was the driver in a deadly car crash. Local radio station WKXW reports that Smith ran a stop sign and struck the car 20-year-old Kevin Ade was driving, killing him. Marijuana and hypodermic needles were found in Smith’s car.

Smith pled guilty to vehicular homicide and was sentenced to five years in prison.

As tragic as the story is, Smith has nothing on CPAC’s deadliest speakers.

Almost exactly a year ago, the nation recorded its first COVID-19 death. On Tuesday, it surpassed 500,000 pandemic deaths.

If former New York Times reporter Alex Berenson had his way, there’d be a lot more.

Berenson has spent much of the last year railing against masks and social distancing, both of which reduce the spread of the deadly virus. He’s been so insistent that last April Vanity Fair dubbed him the “king of COVID-19 contrarians.”

Berenson even wrote a series of booklets on the subject. Because what’s a plague but an opportunity to make a quick buck telling people to ignore actual scientists?

While he may be objectively awful, Berenson has nothing on the crown prince of CPAC killer speakers. The penultimate keynote speaker is none other than the man who stood idly by—when he wasn’t lying—as the deadly virus invaded the United States, claiming half a million lives and counting: former President Donald Trump.

Trump is notoriously allergic to accepting blame, but a recent analysis found that up to 200,000 of those deaths were caused by his weak response to the pandemic.

Of all the CPAC speakers, Trump is by far the most lethal, and that’s saying something.

Nevertheless, it’s unlikely that his or any of other presenters’ deadly actions will much bother the CPAC attendees who shelled out hundreds of dollars to be regaled with lies about election fraud, immigration fearmongering, and a billionaire’s son’s take on achieving the American dream (hint: it’s being born rich).

In fact, it’s safe to say everyone attending CPAC is willing to risk their lives for the opportunity.

The post Speakers at CPAC are responsible for hundreds of thousands of deaths appeared first on The Daily Dot.