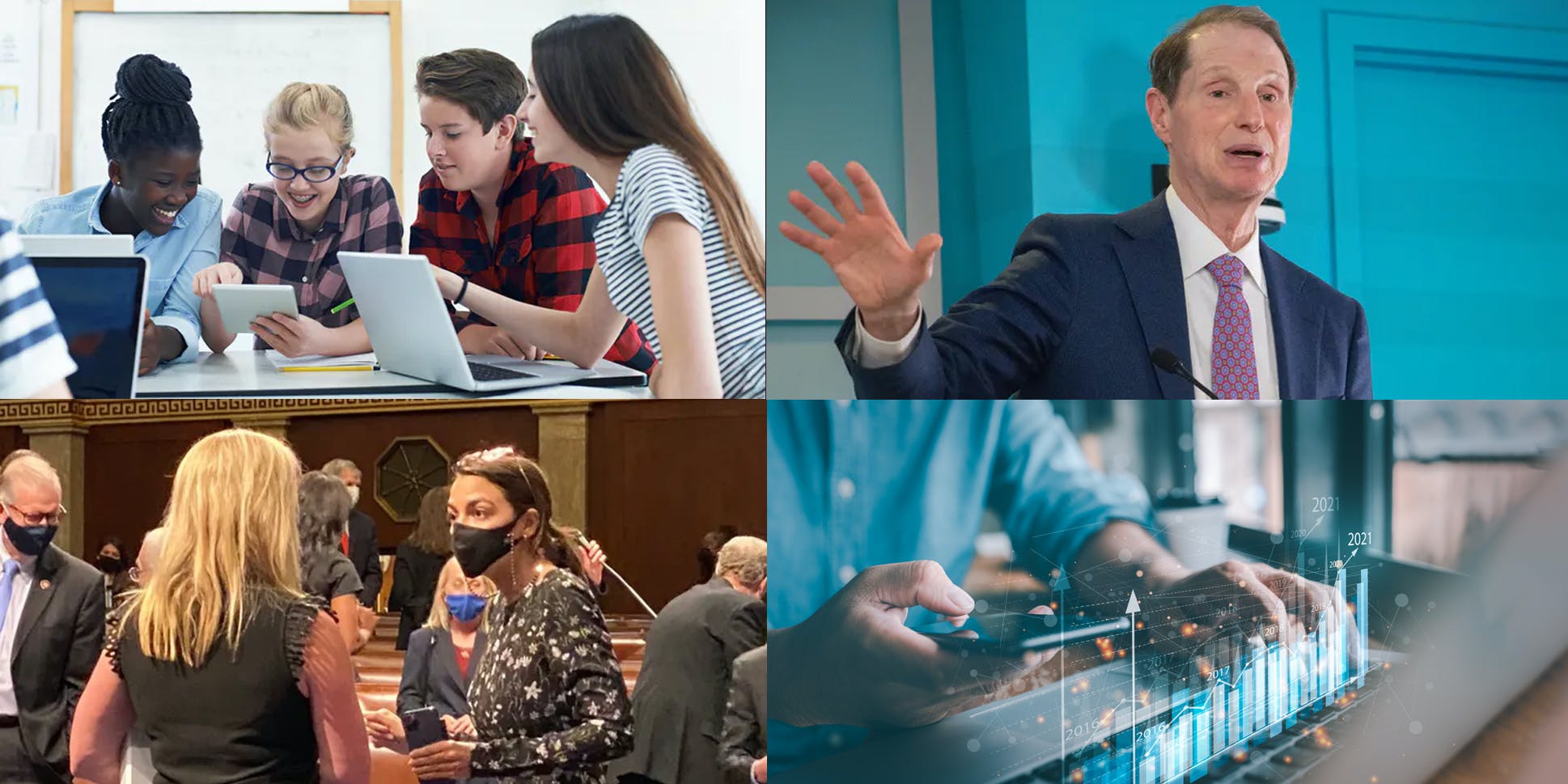 Welcome to the Tuesday edition of Internet Insider, where we dissect tech and politics unfolding online. Today:

Proctorio, an exam administration and surveillance software, is getting sued for trying to take down tweets by a student who posted a segment of its code.

The Electronic Frontier Foundation is suing Proctorio on behalf of Miami University student Erik Johnson. The lawsuit comes after Johnson posted a piece of Proctorio’s code to Twitter. Proctorio said it was copyright infringement and Twitter temporarily removed three tweets in his thread.

Johnson says he was only showing an example of their code in an analysis he was doing on Proctorio’s software back in September. Johnson was revealing that despite Proctorio’s claims, the company was misleading people about who had access during exams.

Proctorio is widely known by college students as the invasive browser extension that records video, audio, and screen movement during examinations. The software has become extremely popular as universities transitioned to online school during the pandemic.

Critics like Johnson say the software is invasive, inaccurate, and makes the lives of students more difficult. For example, he explains that if a student has poor internet, Proctorio flags the exam.

Johnson included segment’s of Proctorio’s code in the removed part of his thread to reference his analysis. Twitter restored the tweets after recognizing Proctorio’s takedown notice was incomplete.

EFF argues that the code was fair use from the beginning.

“Software companies don’t get to abuse copyright law to undermine their critics,” EFF Staff Attorney Cara Gagliano said, according to an EFF release on the lawsuit. “Using pieces code to explain your research or support critical commentary is no different from quoting a book in a book review.”

Turn down the volume on your stress with Apollo

Get to know a calmer, more mindful you. Apollo Neuro is the first-ever scientifically validated wearable that improves your body’s resilience to stress. Whether you’re looking to stay clear and focused, struggling with anxiety or battling insomnia, Apollo can help balance your nervous system and calm your mind. Apollo Neuro’s mobile app lets you choose how you want to feel, with modes for sleep, focus, relaxation, meditation and more.

Developed by physicians and neuroscientists, Apollo Neuro uses gentle vibrations that signal safety to the brain, training your body to recover from stress more quickly. The Apollo Neuro wearable device works with a mobile app with modes that help you transition through your day with ease—so you can decide how you want to feel and when you want to feel it. Apollo Neuro has been tested rigorously in multiple clinical trials and is scientifically proven to improve heart rate variability, a key biometric of stress. Check it out today so you can chill more and stress less. Daily Dot readers can take an exclusive 10% off your order, don’t miss out.

New bill would ban warrantless data purchases by the government

A group of 20 senators and other members of Congress have introduced a bill that would force law enforcement and intelligence agencies to obtain a warrant before getting information from data brokers.

The bill would also stop law enforcement and intelligence agencies from buying data on Americans if the data was obtained from a user’s account in ways like scraping, which would bar the government from buying data from Clearview AI.

The sweeping bill touches on a number of privacy and surveillance issues. Specifically, lawmakers say the bill would require the government to get a court order to compel data brokers to disclose data like it would to get information from tech and phone companies.

It would also not allow law enforcement or intelligence agencies to buy data on Americans if the data was obtained from a user’s account or device if that data was acquired by hacking, deception, or if it violated a privacy policy or terms of service.

In a tweet, Rep. Marjorie Taylor Greene (R-Ga.) appeared to announce that Rep. Alexandria Ocasio-Cortez (D-N.Y.) agreed to a debate with her over the Green New Deal.

There’s only one hurdle that needs to be cleared. Greene needs to read all 14 pages of the bill. A daunting task, indeed.

While Greene, perhaps the most far-right member of Congress, was probably attempting to show how serious she was by saying she’d read the whole bill before the debate, people couldn’t get over that she’d made a big show of needing to read all of 14 pages to prep.

Greene later said she had finished reading the bill and called it a “Communists manifesto.”

The post Tech newsletter: Fighting back against student surveillance appeared first on The Daily Dot.