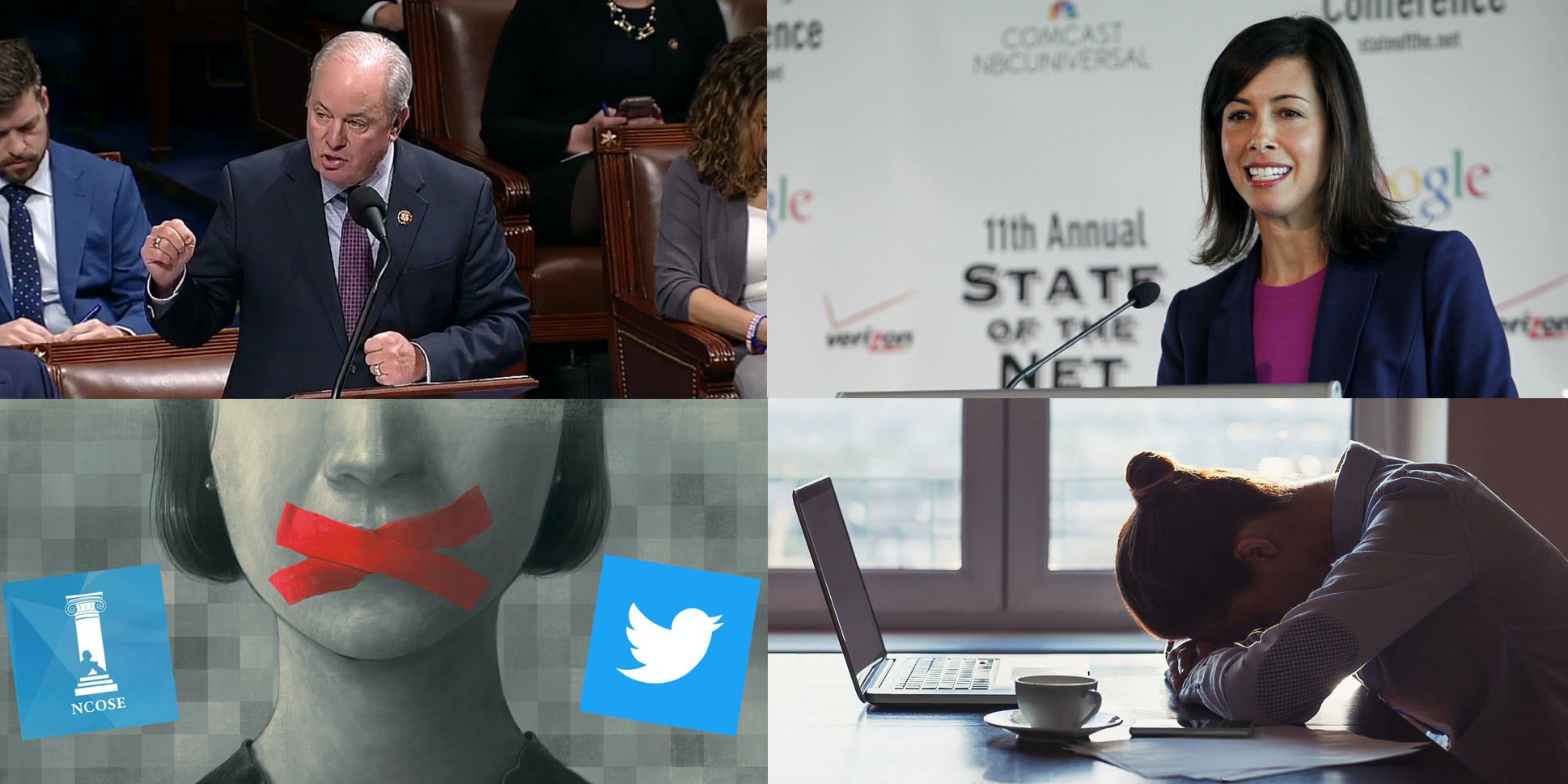 With the Biden administration ramping up, the tech policy space is beginning to take shape—with a net neutrality bill looking like it is very likely.

Here’s what we’ve got on deck today:

Rep. Mike Doyle (D-Penn.), a Democrat in the House of Representatives who championed a bill that would restore net neutrality, “definitely” intends on reintroducing legislation to restore the rules, his office told the Daily Dot.

While it remains to be seen exactly how the bill will take shape, Doyle, a member of the House Energy and Commerce Committee and chairman of the communications and technology subcommittee, has a history of championing net neutrality. In 2019, he pushed the Save the Internet Act in the House of Representatives.

While the bill passed the House of Representatives, the Senate version of the Save the Internet Act languished in the upper chamber. Several attempts by Democrats to force a vote on the bill were blocked by Republicans.

With the next Congress officially underway, the congressman plans on continuing a push for net neutrality restoration, his office said.

“Congressman Doyle definitely intends to reintroduce legislation to restore net neutrality,” the congressman’s office told the Daily Dot in a statement. “Broadband access is more important than ever, and consumers need these protections—and a cop on the beat—now more than ever.”

A member of the congressman’s staff said as the committee is still getting organized, the timing for everything is still up in the air, but net neutrality remains a high priority.

While the Save the Internet Act previously faced opposition in the Senate, a potential new net neutrality bill has a much clearer path in the wake of Democrats taking control of the Senate following the Georgia Senate runoff elections earlier this month. While the path isn’t without obstacles, a net neutrality bill does have a more defined path than it did previously.

It has been widely speculated that Biden winning the 2020 election meant that net neutrality would come back in some form, but now it looks like at least part of the fight to restore the rules will unfold in Congress.

Yeah, we’re all tired of wearing masks––but you may as well look at the positives. One of them is that allergy sufferers will be much better off this year thanks to them. They block allergen particles just as well as they do the coronavirus. But cloth masks aren’t the best pick for this, and we’ll tell you why.

Jessica Rosenworcel, a Democratic commissioner at the Federal Communications Commission (FCC), has been named the acting chairwoman of the agency by President Joe Biden.

Rosenworcel takes over as the acting head of the agency after former Chairman Aji Pai stepped down on Wednesday before Biden’s inauguration. Rosenworcel has long been seen as a top choice for Biden to head the agency.

“I am honored to be designated as the Acting Chairwoman of the Federal Communications Commission by President Biden,” Rosenworcel said in a statement released by the agency. “I thank the president for the opportunity to lead an agency with such a vital mission and talented staff. It is a privilege to serve the American people and work on their behalf to expand the reach of communications opportunity in the digital age.”

Besides net neutrality, Rosenworcel has also been critical about how the FCC has described the breath of the digital divide, the gap between those who have and can afford high speed internet and those who cannot, in the country. In April last year she said the FCC’s annual broadband report “wildly understates the extent” of the digital divide in the U.S.

The National Center on Sexual Exploitation (NCOSE) filed the federal lawsuit, along with two law firms, the Haba Law Firm and the Matiasic Firm, against Twitter on Wednesday.

The lawsuit was filed on behalf of an anonymous minor who alleges Twitter knowingly refused to pull sexually explicit images of him posted on the platform without consent. The images were originally catfished from him by strangers on Snapchat who pretended to be his age, adult industry news site XBIZ reports.

NCOSE’s lawsuit relies on SESTA-FOSTA, the anti-sex trafficking law that led to the widespread deplatforming of sex workers across websites such as Reddit and Craigslist. SESTA-FOSTA ended internet services’ immunity for civil action lawsuits arising from sex trafficking.

XBIZ notes that NCOSE is “the oldest and most powerful of the lobbies currently attempting to ban all sexual expression online” and that the “pro-censorship group was founded by clergymen in 1962.” NCOSE has previously targeted queer adult video games on Steam and copies of Cosmopolitan in Walmart.

Here’s why it matters: Even if NCOSE’s lawsuit does not pressure Twitter to ban adult material, other attacks on Section 230 protections could deplatform sex workers and adult content creators in the near future, such as Congress’ Stop Internet Sexual Exploitation Act. While SISEA died in committee at the end of the 117th Congress, Sen. Jeff Merkley (D-Ore.), the bill’s co-sponsor, has expressed interest in reintroducing SISEA later this year.

Behind the Seams looks into the phenomenon of the Disney Princess Dress: an outfit that combines 1950s silhouettes with elements of 18th and 19th-century European ball gowns. We delve into the historical influences of movies like Snow White and The Princess and the Frog, along with insight into how Disney transformed cartoon princesses into a cohesive, Avengers-style lineup.