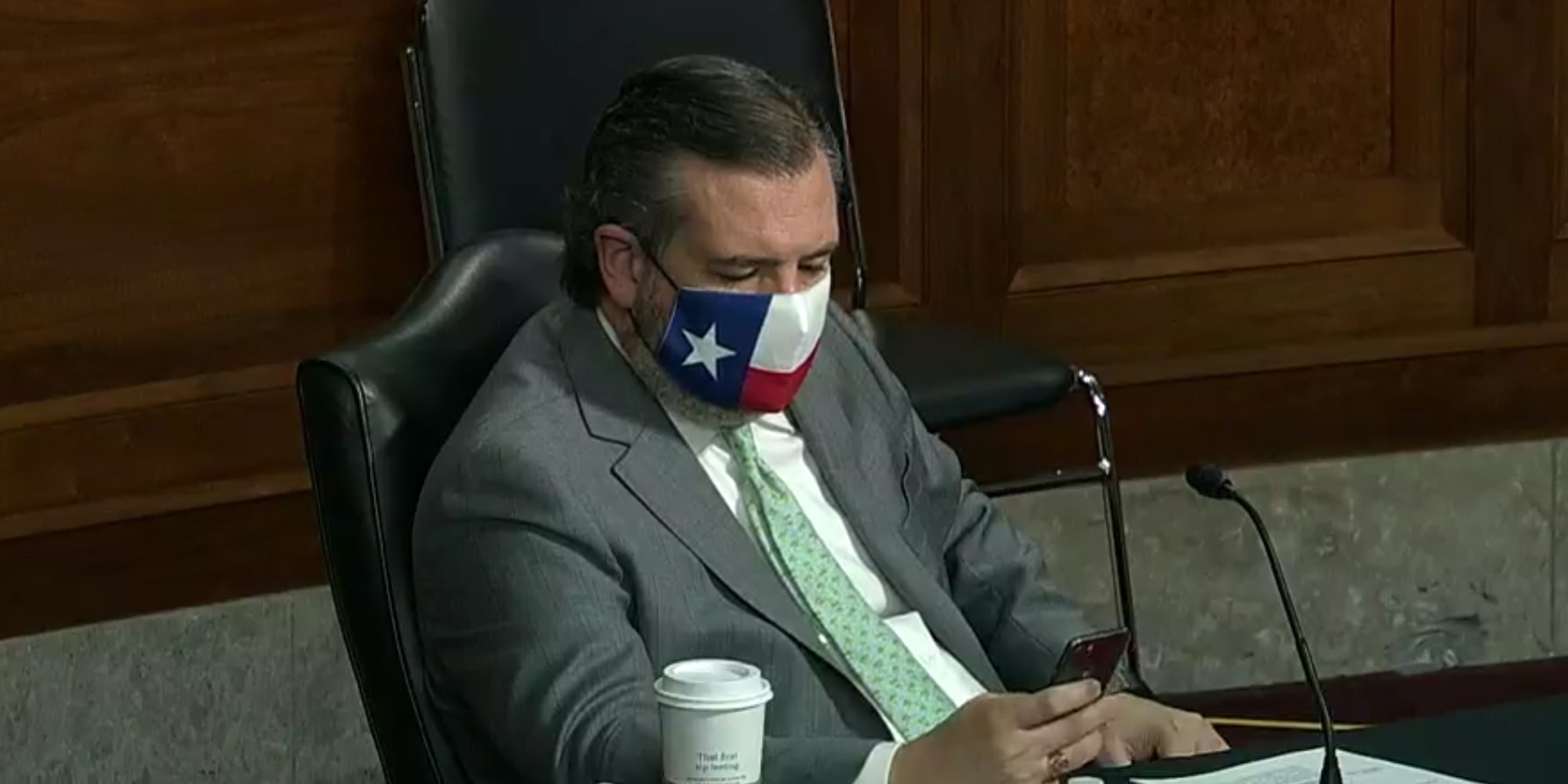 Sen. Ted Cruz (R-Texas) was caught on camera using his phone during a Senate hearing on Tuesday regarding security during the Capitol riot last month.

Cruz, who has been under fire for the last week after he left Texas for Cancun amid a winter storm crisis, could be seen using his phone and typing rapidly while Steven Sund, the former chief of police for the U.S. Capitol Police, gave testimony during a Senate Homeland Security hearing on Tuesday morning.

While it’s unclear whether Cruz was texting, tweeting, or sending an email, he was clearly using his phone while Sund recounted the intelligence that officials had received about the day that would ultimately lead the Capitol riot, where Trump supporters stormed the Capitol.

Given that Cruz has had a week dealing with terrible optics, he probably should have known that using a phone during testimony about the events that took place during the Capitol riot would have been spotted by numerous people online.

“Ted Cruz texting rather than listening to what the former head of the Capitol police has to say about the attack on the Capitol. We all know he doesn’t care. His hate speech participated in the attack. Why they allow people like Cruz and Hawley on these panels is beyond me,” Richard Ojeda, a former West Virginia state senator who briefly ran for president, tweeted.

A lot of other people noticed it also.

Today, Cruz said he wasn’t fond of his neighbors leaking text messages about his family’s trip to Cancun to the New York Times.

So maybe he was texting someone about that?

The post Ted Cruz caught staring at his phone during Senate hearing about Capitol riot appeared first on The Daily Dot.