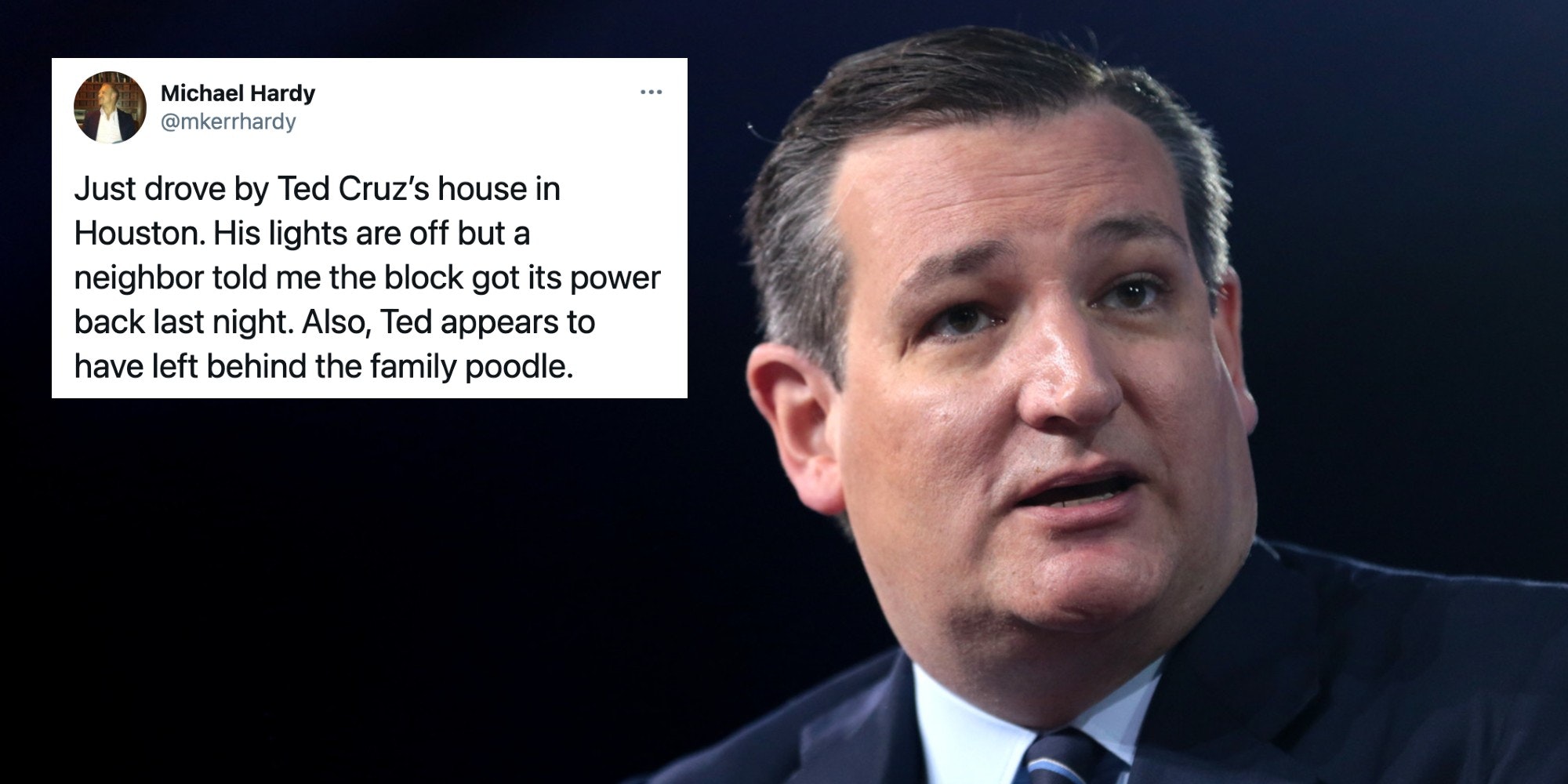 Sen. Ted Cruz (R-Texas) was accused of leaving his pet poodle alone at home while traveling to Mexico this week as Texas faces an unprecedented snowstorm.

Cruz on Wednesday was pictured traveling with his family to Cancún while his constituents dealt with power outrages and freezing temperatures. In response to the controversy, Cruz opted to blame his children for the trip.

Now, Cruz is facing backlash yet again after a photograph outside of his home on Thursday appeared to show his dog, Snowflake, alone inside.

“Just drove by Ted Cruz’s house in Houston,” Texas Monthly writer Michael Hardy tweeted.” His lights are off but a neighbor told me the block got its power back last night. Also, Ted appears to have left behind the family poodle.”

Hardy went on to stress that he was uncertain whether the dog was actually left behind, noting that the senator could have “brought the poodle back from Cancun with him, or that a family member was staying behind to take care of the dog.”

However, at the time of the photo, Cruz hadn’t returned. Hardy later spoke to a “security guard” who said he was watching the dog.

Regardless, Twitter users went on to accuse the senator of animal cruelty given that the politician had admitted to having lost power. Because even if someone was checking in on the dog, Cruz would have possibly still left the animal in a house without heat for over a day.

“If #tedcruz lost heat and power as he stated in his formal statement why leave the dog home alone in those conditions?” That alone is animal cruelty..#tedcruzAnimalCruelty,” one Twitter user wrote.

Hardy also added that he reached out to Cruz’s Senate office for comment but has yet to hear back.

While it has yet to be confirmed if Cruz actually left his dog in harm’s way, the controversy is just one of several the senator is currently facing.

On Friday morning “Snowflake” was trending on Twitter as people bashed the senator for the situation regardless of the precautions he may have taken with having someone watch the dog.

Cruz is dog is named “Snowflake.”

The post Ted Cruz left his dog with a guard while he jetted off to Mexico appeared first on The Daily Dot.