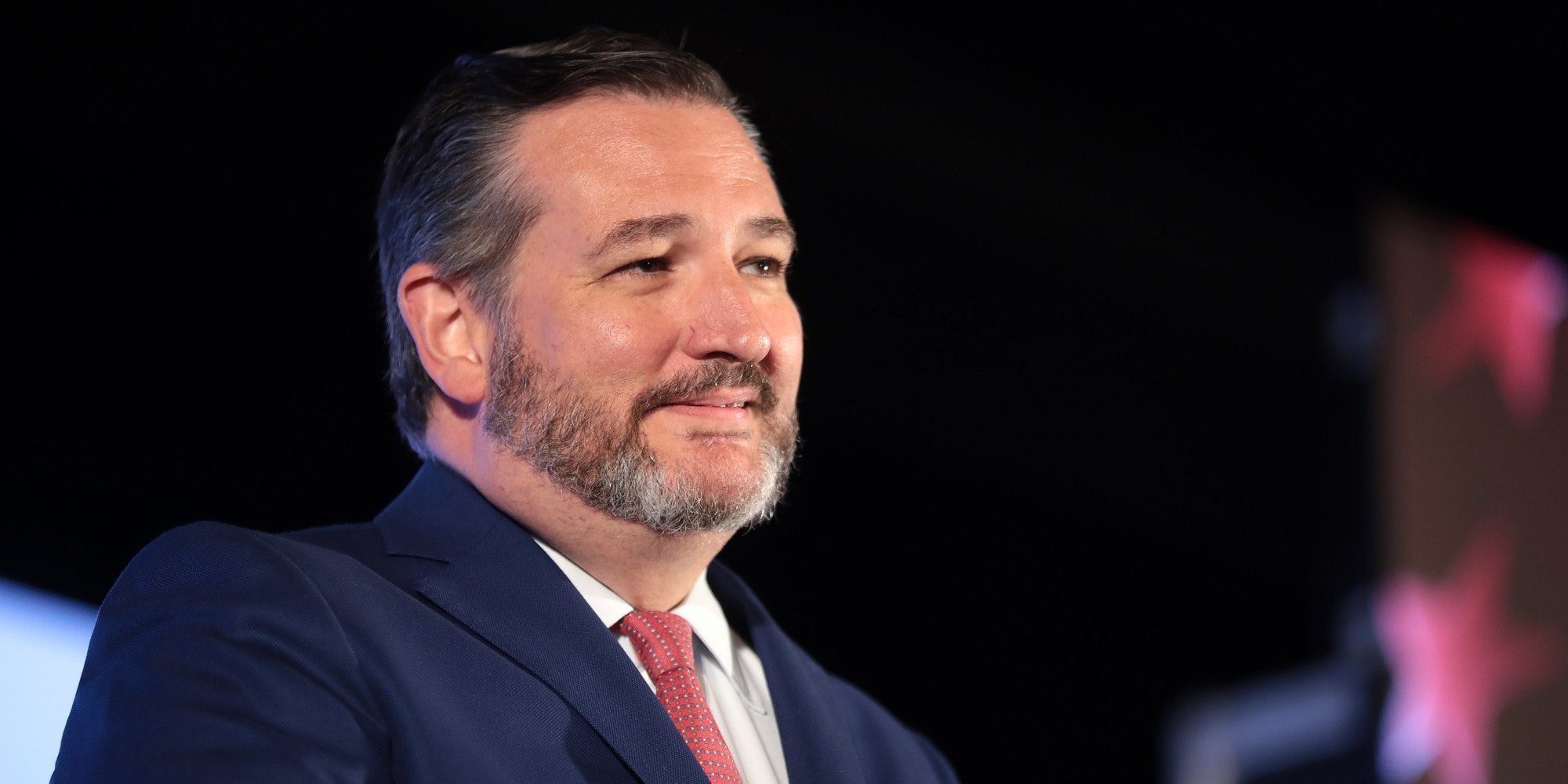 Sen. Ted Cruz (R-Texas) blamed his own children on Thursday after traveling to Mexico despite millions in his state struggling with a historic snow storm.

While his constituents faced freezing temperatures and widespread power outages, Cruz was spotted boarding a flight to Cancún with his family on Wednesday and immediately faced widespread backlash.

In his statement on the controversy, obtained by the Daily Dot, Cruz first described the ongoing crisis and asserted that his family had lost heat and power as well.

“This has been an infuriating week for Texans. The greatest state in the greatest country in the world has been without power,” Cruz said. “We have food lines, gas lines, and people sleeping at the neighbors’ houses. Our homes are freezing and our lights are out. Like millions of Texans, our family lost heat and power too.”

Incredibly, however, Cruz went on to blame his daughters for the trip and appeared to suggest that he never actually intended to stay abroad.

“With school cancelled for the week, our girls asked to take a trip with friends. Wanting to be a good dad, I flew down with them last night and am flying back this afternoon,” Cruz said. “My staff and I are in constant communication with state and local leaders to get to the bottom of what happened in Texas. We want our power back, our water on, and our homes warm. My team and I will continue using all our resources to keep Texans informed and safe.”

But the internet isn’t buying it. Users on Twitter questioned why Cruz, who was later seen traveling back to Texas, had brought a large suitcase if he had only planned to escort his children.

Not only that, previous statements from Cruz in which he criticized Austin’s Democrat Mayor Steve Adler for traveling amid the coronavirus pandemic, also came back to haunt him.

Critics have argued that while Cruz obviously cannot fix his state’s failed power grid, the senator could undoubtedly be helping his fellow Texans in their time of need.

“No, Ted Cruz can’t fix the state power grid,” journalist Matthew Chapman wrote. “However, when a state has a catastrophic emergency, what a senator usually does is tour affected areas, make wellness checks on constituents, and use what they saw to advocate for federal help in Washington. Not hop a jet to Cancun.”

Many online are also pointing to Texas Democrat Beto O’Rourke, who has been spearheading efforts to help senior citizens and other local residents.

Cruz, it appears, has done none of that.

The post Ted Cruz throws his own children under the bus over Cancún trip backlash appeared first on The Daily Dot.

People are unsettled by the 4K remastered ‘Never Gonna Give You Up’ music video
This week in streaming: Netflix scores the first great blockbuster of 2021
Advertisement