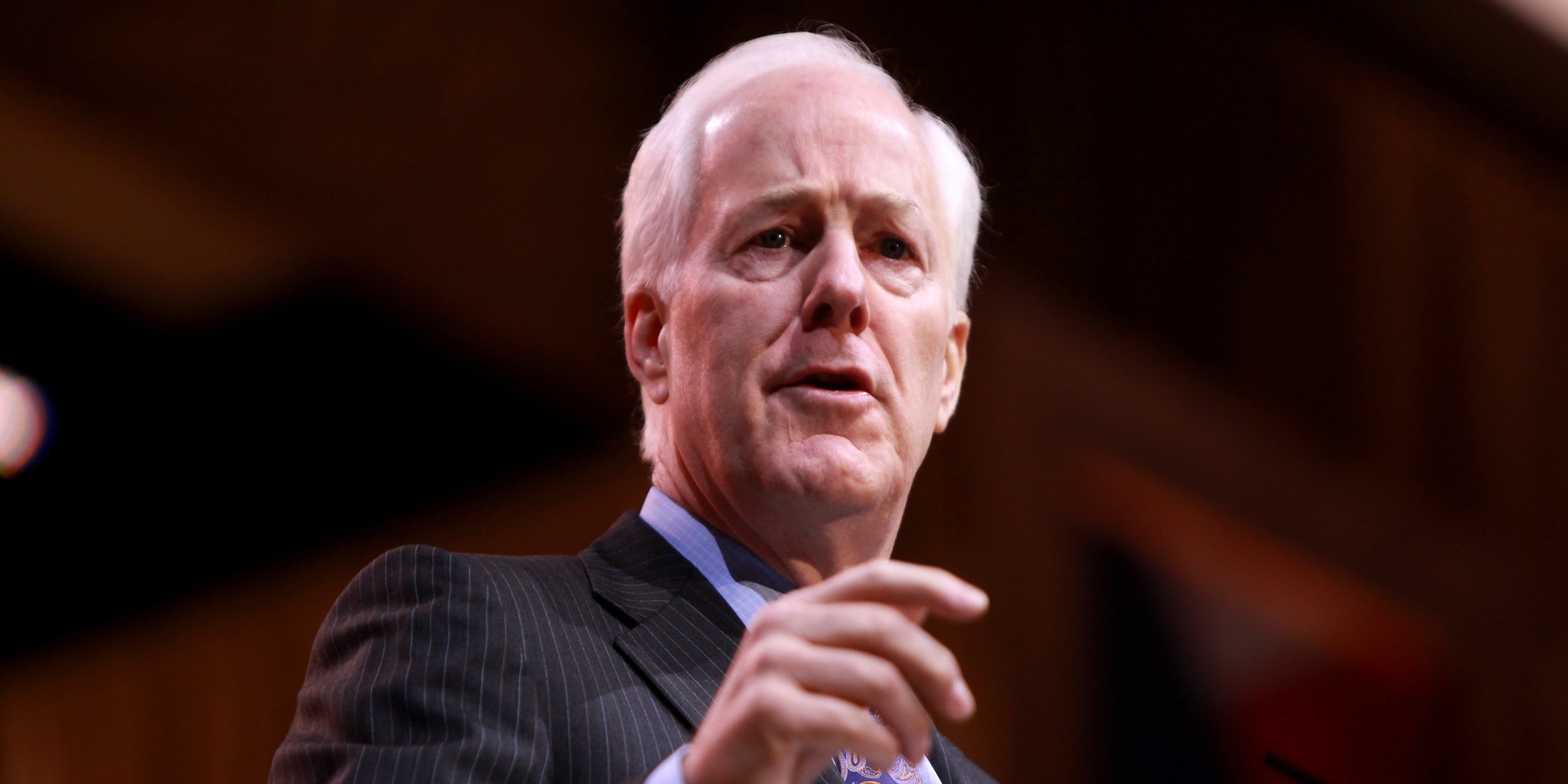 Sen. John Cornyn (R-Texas) seems to have a penchant for tweeting thoughts that get completely dunked on by Twitter users.

The Texas senator added to that storied history on Monday when he said that President Joe Biden reversing Trump’s ban on transgender people serving in the military wasn’t “unifying.”

Biden signed an executive order that repealed former President Donald Trump’s policy that barred transgender Americans from serving in the military. The decision by Biden had been expected.

In a statement, the White House said: “President Biden believes that gender identity should not be a bar to military service, and that America’s strength is found in its diversity.”

For some reason, it appears that Cornyn found that the decision to not discriminate against people didn’t fit into the idea of “unity,” which has become a buzzword among members of Congress in the wake of Biden’s inauguration.

“Another ‘unifying’ move by the new Administration? Biden Ends Partial Ban on Transgender Soldiers in U.S. Military,” Cornyn tweeted with a link to a story about the news from the National Review.

Cornyn’s tweet was nearly unanimously condemned and was promptly ratioed. As of Monday afternoon, the tweet had more than 4,000 replies, compared to just 204 likes.

Many people pointed out that Biden’s decision was, in fact, quite “unifying,” and highlighted a Gallup survey from 2019 that showed 71 percent of Americans supported allowing transgender men and women to serve in the military.

Other people pointed out that Cornyn’s argument—that stopping discrimination was somehow not a “unifying” decision—was “telling on yourself.”

“‘Biden says he wants unity but he refuses to target specific groups for discrimination’ is quite the own,” @donmoyn tweeted.

Get ready for many arguments from Republican lawmakers in the coming months to be, essentially, “If I disagree with this policy, it goes against the idea of unity.”