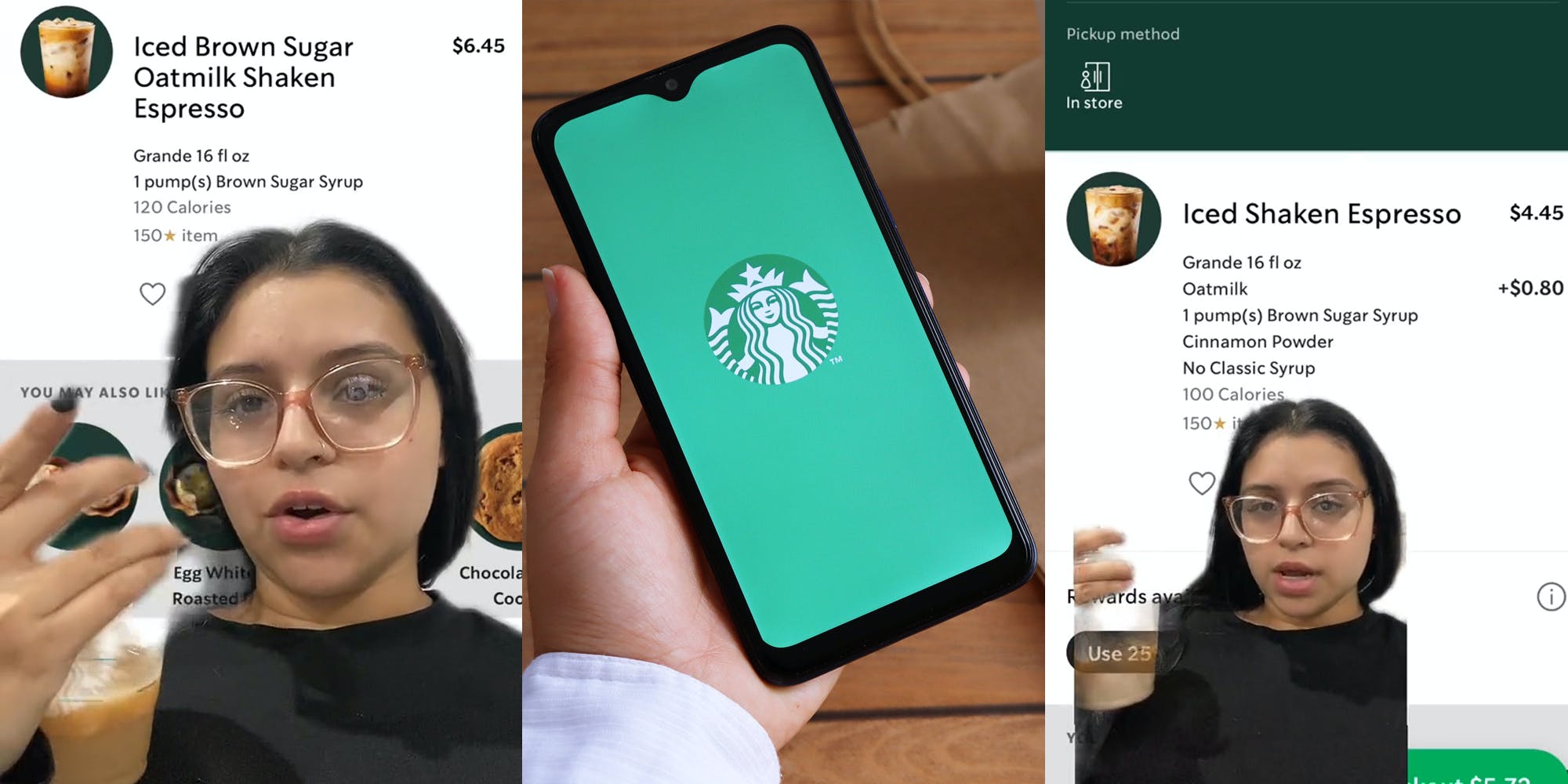 One Starbucks customer is alerting TikTok users on how to save money when ordering an Iced Brown Sugar Oatmilk Shaken Espresso from the popular coffee chain.

In a recent video, user Jocelyn Navarro (@jocelvn_) urges Starbucks customers to stop ordering the drink directly from the menu, instead suggesting they order an Iced Shaken Espresso with the following add-ons: oat milk, one pump of brown sugar syrup, and cinnamon.

When comparing the two orders in the size grande through the app, Navarro says she was charged $7.02 for the original order and charged $4.84 for the updated one.

Even though finding new money-saving hacks may be a win for customers, it can lead to complaints from some Starbucks baristas who say hacks can just lead to the employees having to do more work than usual to fulfill a normal order. Secret menu hacks have proliferated apps like TikTok. For example, the account @secretmenudrinks, which has over 100,000 followers and 1.7 million likes, shares various drink combinations from fast food chains like Starbucks, Wendy’s, and Sonic.

Starbucks has not responded to The Daily Dot’s request for comment about Navarro’s customization hack. In the past, the company has touted that there are over 170,000 ways for customers to modify their drinks. In a statement to Delish.com, a Starbucks spokesperson said customizing beverages is “at the heart of the Starbucks Experience.”

“There are many ways for customers to modify their favorite beverage and most customizations are reasonable requests from customers,” the spokesperson said.

Commenters on Navarro’s video shared some of their experiences making customized orders as alleged employees of Starbucks.

“So that’s why we get paragraphed mobile drinks orders during peak,” one commenter said.

Navarro replied, “I apologize but wont stop.” Navarro also urged customers who said their requests weren’t being fulfilled in person to order on the Starbucks app.

“As a barista, I always tell customers how to order their drinks so it’s cheaper. In this economy?? baby you are NOT paying full price,” another viewer wrote in the comments.

‘They weren’t having this pay-it-forward nonsense, and they just cut it off at me’: Starbucks customer says baristas lied to her about pay-it-forward coffee
‘I got the buttons confused’: Barista said she accidentally made every drink decaf instead of blonde roast for 3 months at Starbucks
Advertisement