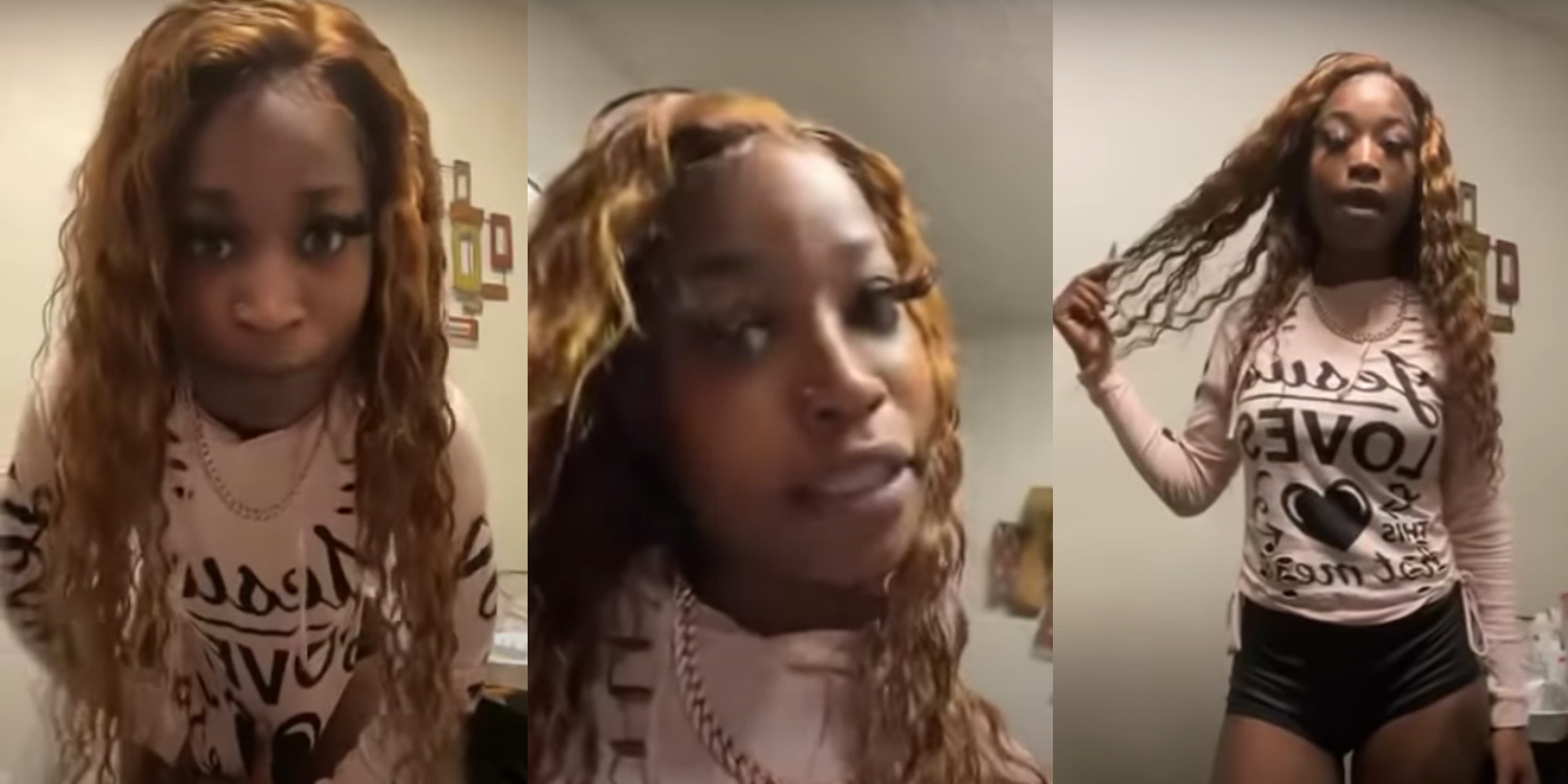 A woman who was charged with murder following a car crash that left a 52-year-old grandmother of five dead posted a Facebook video in which she seemingly blames the reported victim.

On March 21, 52-year-old Brandy Ballard died after allegedly being hit by Carmesia Flannigan, 22, who Alabama police claim was street racing at the time of the crash.

Flannigan was being held at Jefferson County Jail but was released on Tuesday after posting bond, according to AL.

After she was released, she reportedly made a seven-minute video appearing to blame Ballard for the crash and posted it to Facebook. While the video has since reportedly been deleted from Facebook, it was reuploaded to YouTube, where it’s been viewed over 170,000 times since being posted on March 23. Flannigan, according to AL, also made a second, longer video.

“That old ass lady swerved in my lane,” she says in the first video, seemingly addressing criticism from people online. She also denies fleeing the scene.

Flannigan’s Chevrolet Camaro allegedly crossed over a road’s center line and crashed into Ballard’s vehicle, according to AL. Ballard, a home healthcare worker, was on her way to work at the time, and she died at the scene, two blocks away from her home.

“But I’m not mad. Bitch, I handle my shit like a motherfucker OG would,” Flannigan says in the video. “Yeah, she dead. She dead. but I didn’t do it. The fuck? … She did it to her motherfucking self because she ran into me.”

“I been driving Camaros. This ain’t my first one or my last one,” she says, adding that her car will be repaired in less than a month.

Flannigan seems to have posted the video from a secondary Facebook account and addresses people who are allegedly trying to get her banned. She calls it a “live,” though it remains unclear if the video was a live stream. She also breaks out into song at the end of the video.

After viewing the video, Ballard’s niece, Tabatha Moore said she was “so mad” that she cried.

District Judge Katrina Ross reportedly granted the Jefferson County prosecutors’ Wednesday morning request to have Flannigan’s bond revoked. Ross, according to AL, issued a warrant for Flannigan’s arrest and ordered she be held without bond. A hearing for the bond revocation is slated for March 31.

Flannigan was awaiting trial on a first-degree domestic violence charge from earlier in 2021 and a burglary charge from 2020, according to AL, which reviewed court records from both incidents. Bond revocation motions were also reportedly filed on Wednesday for these two cases. Assistant District Attorney Jason Wilson, who filed the motions, cited the March 21 crash.

The Daily Dot reached out to the Birmingham Police Department and the Jefferson County District Attorney’s Office.

The post ‘That old a** lady swerved in my lane’: Woman charged in deadly crash posts Facebook video blaming grandma who died appeared first on The Daily Dot.