That One Sound: The dark origin of ‘Now I’m panicking’ on TikTok – Nogagames 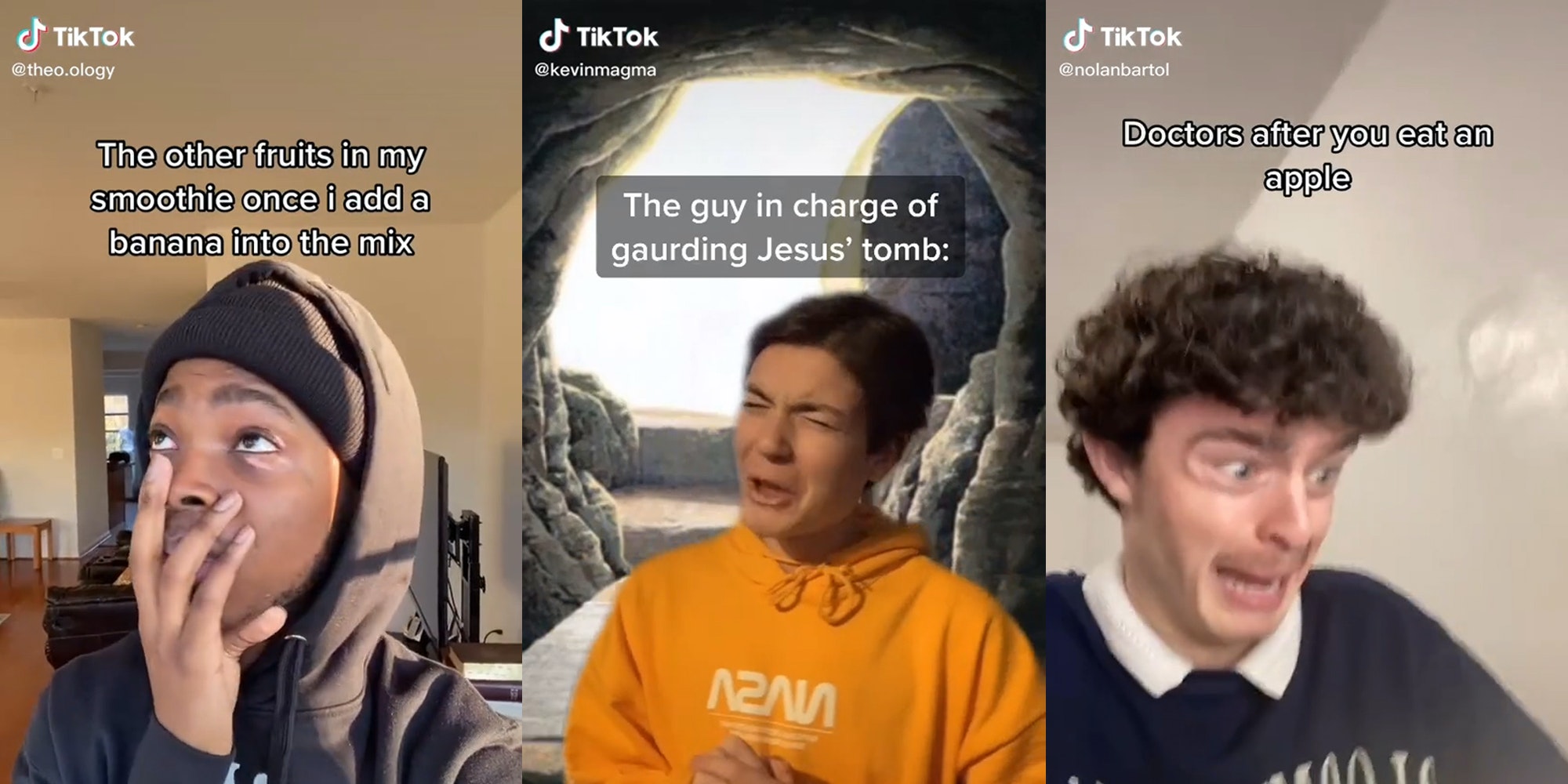 I didn’t set out to make this column about the sad origins of popular and viral TikTok audio, but here we are. This week’s installment: The “Now I’m panicking” audio.

It’s one of those sounds I’ve heard fairly consistently over the last year, and I thought it was possibly from a Harry Potter movie, or maybe that reality show about the nanny? (No, that’s another TikTok audio.) It’s usually used in humorous, light-hearted TikToks, despite “Now I’m panicking” being the open line. Surely the sound has some whimsical British origin?

The sound, as it’s used on TikTok, features dialogue between two British people. One person worriedly states, “Now I’m panicking,” then someone responds, “Don’t panic.” The other person interrupts: “No I am. Because I’m gonna lose my job.”

The audio is typically used to poke fun at someone (or something) losing a job or being replaced for an absurd reason: Kitties being behind on making “biscuits,” ovens being replaced by air fryers. It can also apply to someone’s friend group or family dynamic.

In April 2019, a man named Ryan Holmes was confronted in the town of Hitchin by the pedophile hunter group COBRA (Children Online Battling Real Abuse) UK, allegedly for trying to meet up with a 14-year-old girl. In the nearly 40-minute video, he becomes emotional after being told the police have been called and admits to being there to meet up with a girl, but not to do anything illegal. He’d also allegedly been accused of chatting with other minors online.

COBRA UK is apparently still active, and has videos of other sting operations on its Facebook page. We reached out for an update, and received this response: “Ryan Holmes’ case is progressing through the courts. We will update the page in due course.”

There’s been a rise in UK vigilante groups looking to ensnare online predators over the last few years, though some of their tactics are controversial, and members of groups have been outed as pedophiles themselves. Law enforcement in the UK has criticized the groups for complicating investigations and even leading suspects to suicide, in the name of views.

Holmes certainly got views. By fall 2019, the video had been remixed and memed, and Holmes was given the nickname “Bald Nonce”—nonce being British slang for a sex offender. While it was already a meme, in 2020 the audio started circulating more widely on TikTok. Devoid of context (and Holmes’ image), it was applied to more innocent content.

In November, when the audio saw a spike in usage, one creator warned about using the sound without knowing its origins.

However, it’s not a true TikTok viral cycle if brands don’t try to capitalize too. Last month, the official Oreo account used the sound to promote its holiday cookie flavor.

The post That One Sound: The dark origin of ‘Now I’m panicking’ on TikTok appeared first on The Daily Dot.