‘That’ll be $800’: Chipotle worker reveals how the guac is made in viral TikTok—and why it’s so expensive – Nogagames 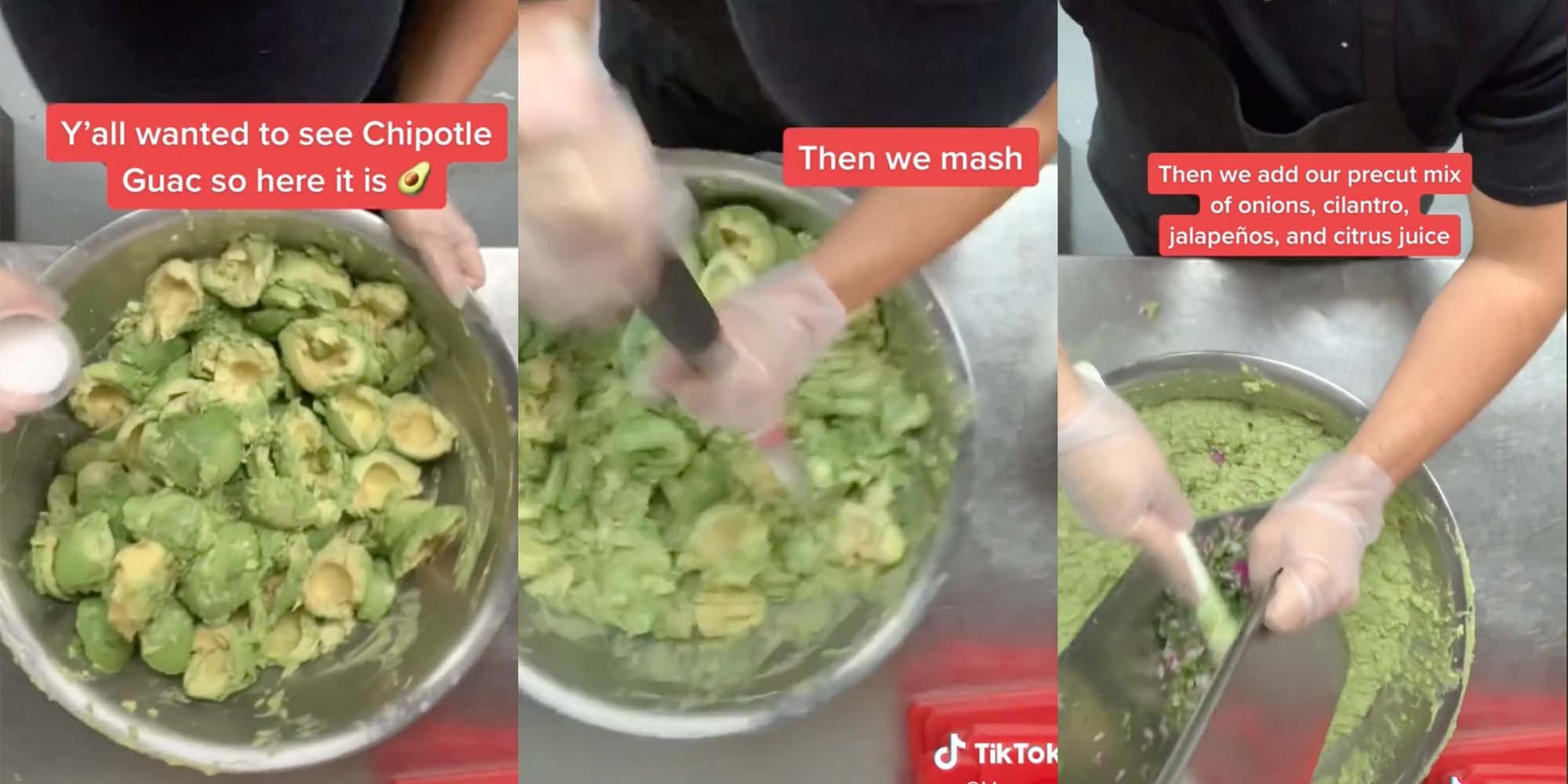 In a TikTok posted this week, @thechipotleguy, a TikToker who works at Chipotle, shows viewers how the restaurant’s guacamole is made.

He salts avocados, mashes them, and adds in a “precut mix” with onions, cilantro, jalapeños, and citrus juices. Finally he mixes it all together.

“Then it gets panned-out, sealed, and put into a fridge to use throughout the day,” he wrote in the video’s overlay text.

The video has been viewed over 2 million times. @thechipotleguy is a relatively new TikTok account, and only started posting videos on Jan. 15. All four videos from the account have gone viral.

In a follow-up video, @thechipotleguy says that he picks out the avocado stems before putting them into the bowl to make guacamole and makes 4-6 large bowls of guacamole a day.

“Our avocados are high quality and we only use hand cut ingredients,” the TikToker wrote in the video’s overlay text in response to a question about why Chipotle’s guacamole is “so expensive.” “Many restaurants won’t use avocados for their guac.”

In a third TikTok, the TikToker shows how the guacamole is stored before use. Chipotle uses saran wrap and plastic containers to prevent it from going brown.

Commenters on @thechipotleguy’s original TikTok focused on the price of guacamole from Chipotle.

“Who would sign petition for free guac?” commented @jikjok415. @thechipotleguy responded that he would support that cause.

The Daily Dot has reached out to @thechipotleguy via TikTok comment and Chipotle via email.

The post ‘That’ll be $800’: Chipotle worker reveals how the guac is made in viral TikTok—and why it’s so expensive appeared first on The Daily Dot.

‘BPA-free means nothing’: TikToker who worked for ‘Rohnson & Rohnson’ exec says plastics are full of ‘toxic’ chemical that ‘hasn’t been banned yet’
‘Men who don’t know are red flags’: Man asks woman why she covers her drink with a napkin in viral TikTok
Advertisement