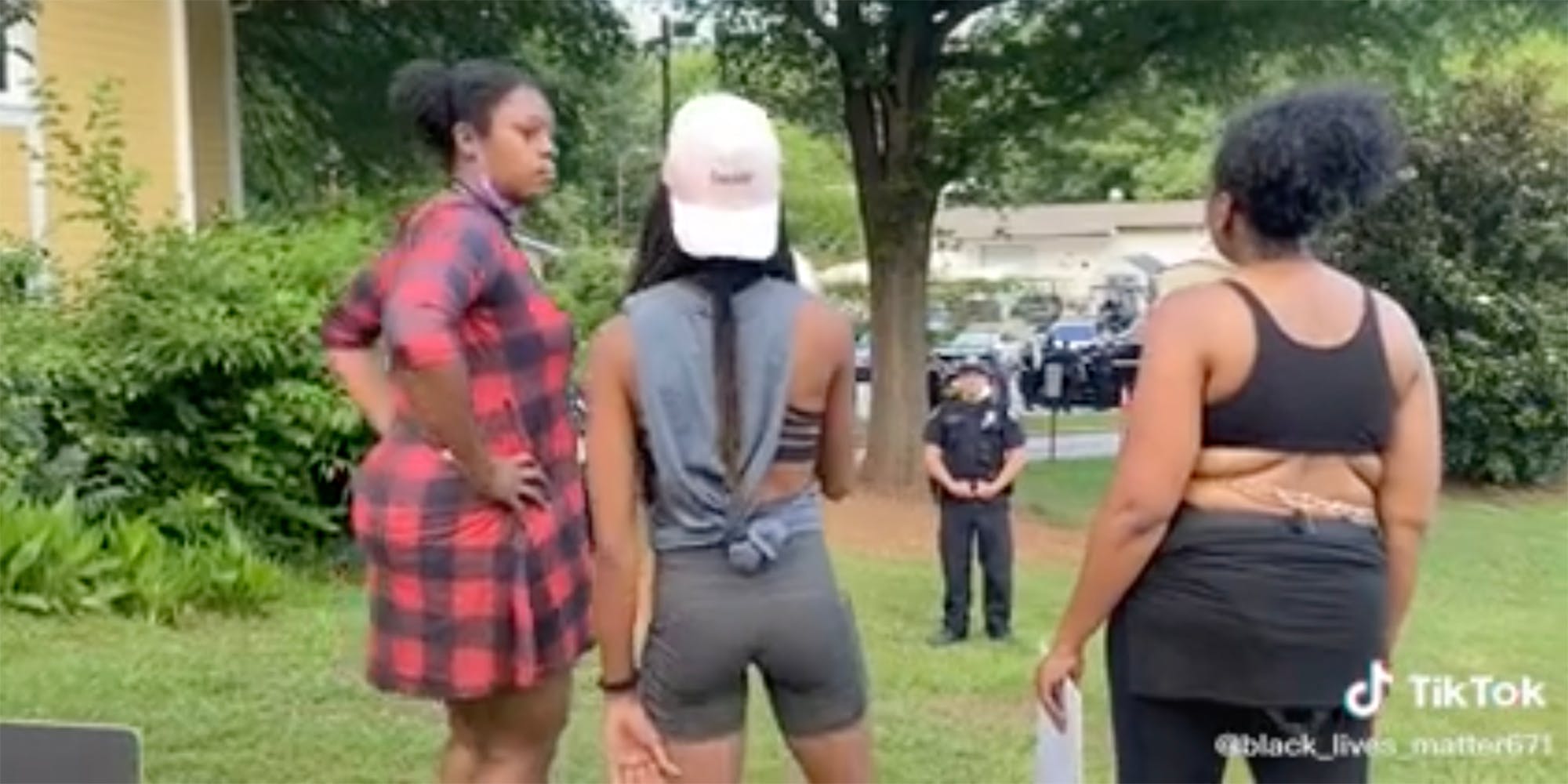 In a TikTok posted on Wednesday by @black_lives_matter671, a group of Black women confronts at least three police officers. One woman asks police why officers allegedly pulled a gun on her when she was unarmed.

“Let me pull out a gun and pull it on you. And tell you to shut the fuck up and get on the floor. Like you did me. When I was I was unarmed, I did nothing to y’all,” she says. “That’s how y’all talk to people. That’s unarmed? And not dangerous to you?”

It wasn’t immediately clear where the incident took place.

Others in the video back her up, asking the officers why they speak to Black women in the way the woman described.

“Look at me,” she continues. “And y’all told me to get the fuck out of the car and shut the fuck up with a gun in my face.”

When the officers look away from the woman, another Black woman asks them what they’re looking at.

“She’s talking right now,” she says to the police officers. “She almost lost her life to someone in your uniform. And you’re not even impressed.”

Commenters were affected by the video.

“She’s speaking and she will be heard!” commented @_justmichael. “Abuse of power must be stopped, innocent people be losing their lives for no reason!”

“Protect our community by all means necessary,” wrote @kekejohnson27.