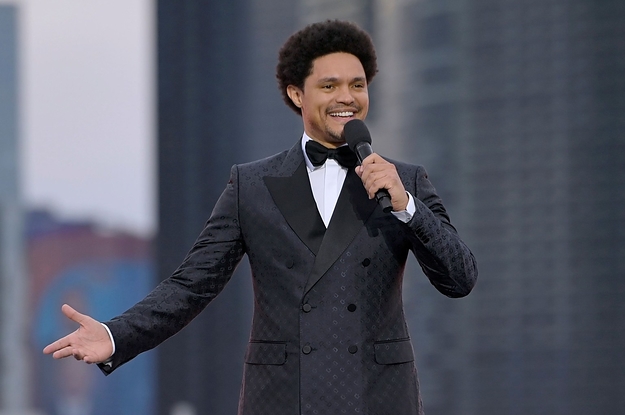 Noah will return to host the music awards show for a third consecutive year soon just two months after ending his run as host of Comedy Central’s The Daily Show. Noah had hosted the news commentary show for seven years.

“I’m super excited to be hosting the #Grammys once again! Three-peat baby!” Noah said in an Instagram post sharing his cover photo on this week’s Billboard magazine, which announced the news.

After temporarily relocating to Las Vegas in 2022, the Grammys will return to Los Angeles on Feb. 5 at Crypto.com Arena, formerly known as Staples Center. Music fans can watch the show live on CBS or stream it on Paramount+.

In 2021, Noah memorably hosted the show from a tent outside Staples Center as part of precautions due to the pandemic.

“We’re still broadcasting to you from the heart of downtown Los Angeles,” Noah said. “This is not a Zoom background. This is real. My uncle is not going to walk behind me naked even though I told him I was having an important meeting.”

The 2022 ceremony was mostly a return to normal, though it was moved to the MGM Grand Garden Arena in Las Vegas — while Los Angeles remained under stricter restrictions and faced rising COVID-19 cases. Noah cracked a joke about Will Smith slapping Chris Rock at the Oscars, which had taken place a week earlier.

“This is a concert where we’re giving out awards,” Noah said. “We’re gonna be keeping people’s names out of our mouths.”