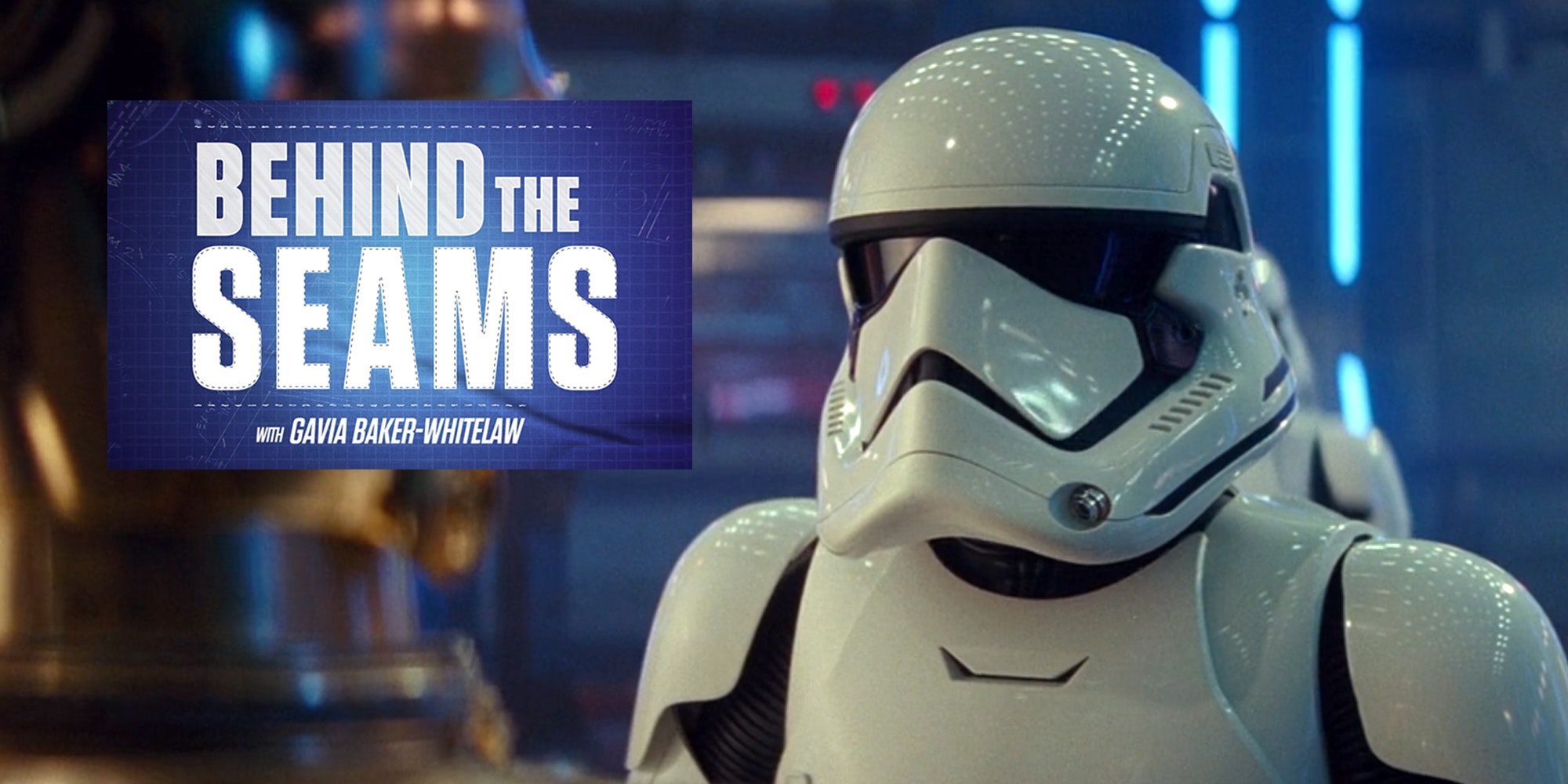 Stormtroopers are a masterpiece of design. Despite having a narratively one-dimensional role in every Star Wars movie before The Force Awakens, they’re an iconic element of the franchise. And that’s mostly due to their trademark armor, a costume that combines threatening imagery (sharks, Nazi helmets, faceless robots) with a slapstick reputation. Put simply, stormtroopers aren’t actually scary. They’re the mall cops of the Star Wars universe, which makes their sleek design all the more fascinating.

A couple of years ago, we published a deep dive into stormtrooper costume design, covering its history, fandom, and political subtext. This week’s Behind the Seams video takes some of those ideas and explores them further with clips from the franchise. How is it possible for stormtroopers to be a fan-favorite toy for kids and a surprisingly effective fascist allegory? As we explain here, that’s largely thanks to costuming choices:

Each week on Behind the Seams, we examine a different element of movie costume design, whether it’s an in-depth analysis of Mad Max: Fury Road, or a look at the concept of historical accuracy. Click here to subscribe now!

The post The hidden genius of stormtrooper costume design appeared first on The Daily Dot.

Homeless teen on TikTok shows how he cooks his meals
Marjorie Taylor Greene blasted for hanging transphobic, unscientific sign outside her office
Advertisement