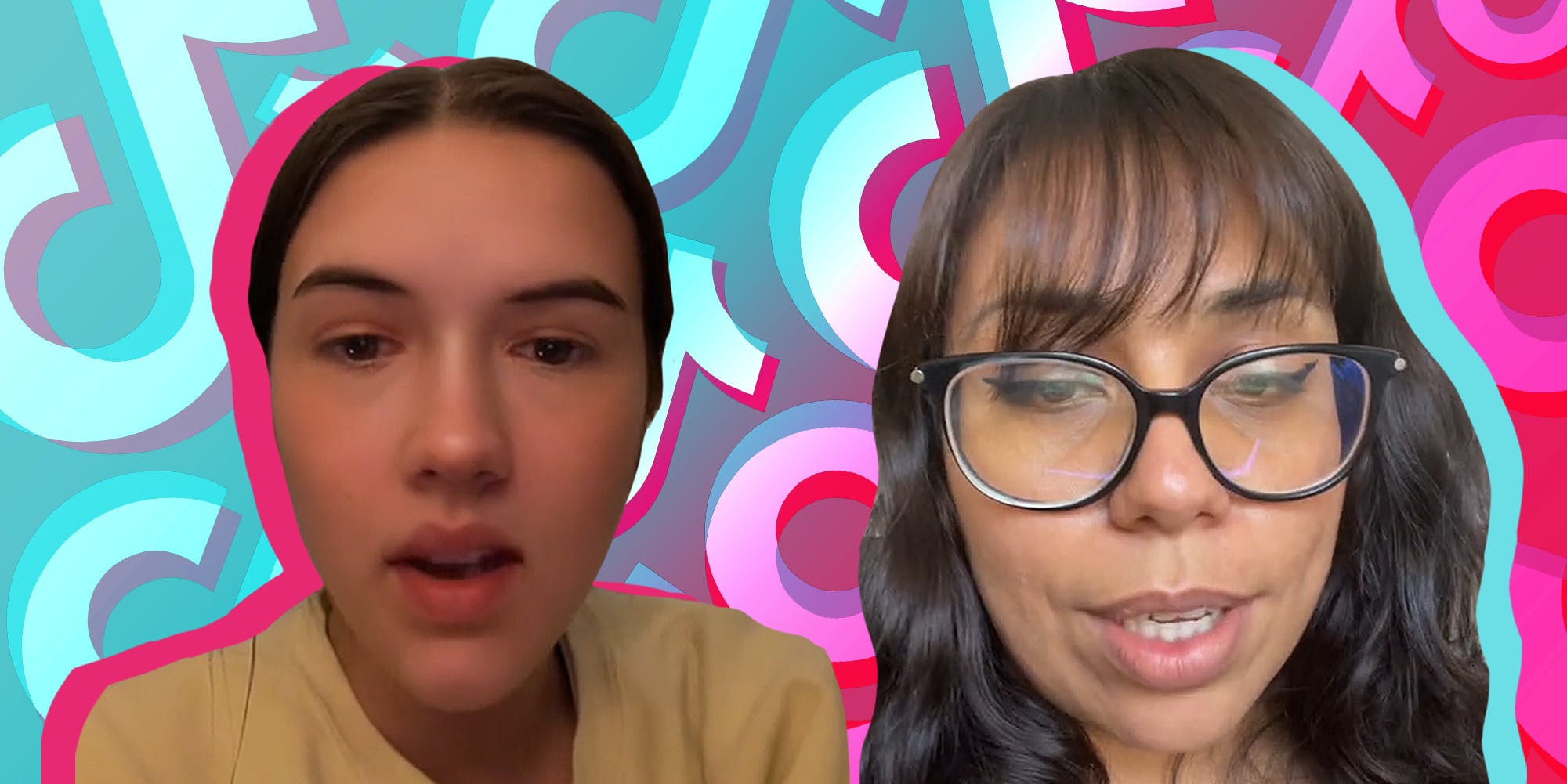 Whenever I told somebody I was autistic, the atmosphere would instantly change. Their eyes would glaze over, their speech would slow down, and they would contort their face into a fixed, waxy smile. It wouldn’t matter if it were a teacher, peer, or even someone younger than me. As soon as the word “autism” was mentioned, any chance of being seen as an intellectual equal, or even just a fully-fledged person, would instantly vanish.

By 2019, it felt like public perceptions and awareness around neurodiversity became more nuanced and destigmatized. Across the past three years, hashtags like #autism, #autistic, and #neurodiversity cumulatively amassed billions of views on TikTok. Countless autistic creators that take the narrative into their own hands actively destigmatize autism and raise awareness of what it’s really like to be autistic.

However, I believe the complexity and nuance many autistic creators bring to the platform can be overshadowed by other accounts where autism is either seen through—or directly catered towards—the neurotypical gaze. By this, I mean a two-dimensional, warped version of autism where the neurodivergent person is either an eternal child, or an “uwu”-ifed, manic pixie dream girl.

The “eternal child” stereotype is largely perpetuated because a significant number of TikTok accounts profess to be dedicated to an autistic person’s life and journey. But the autistic person isn’t the one in control of the account—their parent, partner, or caregiver is.

The question of whether autistic people, especially minors, can consent to their caregivers cherry-picking moments of their lives to put online is a complicated question for another day. But as a lot of these accounts are spearheaded by neurotypical parents, everything we’re seeing is filtered through the neurotypical gaze—meaning the way an autistic person is portrayed onscreen is from the point of view of a neurotypical person.

One prominent example of this is 24-year-old TikTok star Abbey (@hatsbyabbey). Abbey is on the autism spectrum and garnered 1.2 million followers on the account centered around her life. Her mother appears to primarily be the one behind the camera recording videos of Abbey at the theme park, Abbey showing her stuffed animals, and Abbey sharing her love of Disney. The way she interacts with Abbey and the way she portrays her in the video appear childlike—although Abbey engaged in more adult activities, like dating, when Netflix included her in a U.S.-based autism dating reality television show Love on the Spectrum.

Of course, Abbey has garnered a committed fanbase with her TikTok account, especially because autistic women are chronically underdiagnosed compared to men, meaning that her TikTok is a positive step forward in terms of representation. Several comments on her most recent TikTok about going to Paris called her “cute,” with one user saying they “love how her mind works.” One writer at the University of Virginia’s student newspaper said they were a fan of hers because her “devotion to being her authentic self makes me smile,” while another Screen Rant writer described her TikToks with her boyfriend David as “heartwarming.”

However, there has also been a lot of criticism regarding how Abbey is infantilized on TikTok. One TikToker highlighted how in one recent video about Abbey choosing her dinner, one top comment referred to her as a “kid.” Another TikTok, made in response to her mother saying Abbey wants to drink wine because “all the other adults do it” pointed out that in this video her mother is “implying that she [Abbey] herself is not an adult, which she is.”

Various users shared how they thought Abbey would be better off treated as an adult. “​​Honestly think if she didn’t infantilize Abbey so much, Abbey would have a much more independent life,” one commenter wrote.

In a statement to Passionfruit, Abbey and her mother addressed the criticism and said “educating those who make inflammatory comments is our top priority.”

“Abbey does not have the fine motor skills to operate an app like TikTok. To assume she has no awareness of her own involvement in her TikTok account due to the conversational prompting and technical assistance she requires is discriminatory. To suggest she’s infantilized due to the gleeful innocence you see through the screen is deeply offensive. Abbey has a right to share her story as much as anyone else on social media,” they said in a joint statement.

Even when well-meaning siblings and parents try to present autistic people positively, they may unintentionally infantilize their loved ones. This is exemplified by a TikTok trend that went viral in early 2022 in which users shared screenshots of text conversations between them and their autistic family members. Many of these videos posited the communication and texting style of the autistic family member as “cute” and encouraged commenters to fawn over how adorable the autistic person was—even if they were a fully-grown adult.

There are many TikTok accounts run by parents who appear to baby their adult autistic children. A lot of these accounts contribute to infantilizing autistic people not just by the way they refer to and interact with their children, but also by the way “autism moms” center their own experiences and “struggles” in raising an autistic child.

In a recent viral TikTok, which amassed over 3.2 million views, a mother named Yessica (@stimmingwithmariah) lamented how her “autistic daughter” ripped the leaves off their houseplant. In the comments section, the creator was criticized for unnecessarily specifying their child was autistic. Users also said the video appeared to frame the child’s actions as an act of vindictiveness and spite that the mother was the victim of.

One autistic TikToker, Abigail Vogeler (@abigailvogeler), stitched the video and said, “It’s hard when I see people make videos of their hardships and attribute that to autism. … when really, a neurotypical child could have made you upset as well. That’s not specific to autism, except making posts like this further stigmatizes us.”

TikTokers Vogeler and Yessica did not respond to Passionfruit’s request for comment via Instagram message and email.

Charli Clement, a writer and neurodiversity activist, often works to raise awareness of autism and their lived experiences through their TikTok account (@charliclement_). In a statement to Passionfruit, Clement said that they feel like “autistic people of all ages are constantly infantilized on TikTok.”

But infantilizing autism has a long history that far predates TikTok. In Infantilizing Autism, a 2011 paper published by Disability Studies Quarterly, authors Jennifer L. Stevenson, Bev Harp, and Morton Ann Gernsbacher found “several manifestations” of how autism is infantilized, including autism being depicted as a “child-bound disability” by parents, charitable organizations, the popular media, and the news industry.

Similarly, in her book War on Autism, Anne McGuire noted how “the West has a long history of infantilizing the disabled subject […] the image of the disabled child is crucial to the financial and economic success of charity and advocacy work.” This inability to acknowledge the existence of autistic adults leads to autistic adults and other adults with developmental disabilities being treated as “childlike entitles, deserving fewer rights, and incurring greater condescension than adults without disabilities.”

These various presentations of autistic people on TikTok fall into a melting pot that actively promotes and endorses the infantilization of autism as normal, acceptable behavior. This has consequences not just via general stigmatization of autistic people on and off TikTok but also directly impacts the experiences of autistic creators on the app. In a world where autistic adults were not infantilized, they would not only have more agency over their lives in terms of medical care and treatment, but they’d also be able to live more independent lives in terms of living arrangements, dating, and employment.

As well as raising awareness of autism, many autistic creators like to emphasize the idea of “autistic joy” by sharing videos of themselves engaging in one of their special interests (which can be a TV show, a movie, a celebrity, or something completely random like collecting Squishmallows), or “stimming” (a repetitive body movement or noise that helps autistic people regulate sensory input).

While these videos intend to normalize various aspects of autistic life, oftentimes these creators’ comments are flooded with compliments gushing about how “adorable” they are—completely missing the point of the video and once again seeing the autistic person through an infantilizing, neurotypical gaze.

Becca Butcher (@beccabutcherx), a full-time writer and social media influencer, told Passionfruit that a TikTok she made about her autism assessment—wherein she was told by her assessor that autistic people “don’t wear makeup” and “don’t enjoy parties”—received several comments claiming she couldn’t be autistic because “real autistic people aren’t able to use their phones to make TikToks, and real autistic people go to schools and care homes for ‘special needs’ people.”

Butcher said she doesn’t believe autism infantilization will be unlearned until autism is more thoroughly researched and destigmatized. “I hoped TikTok would help the cause since it’s a great place to learn new information from diverse groups of people who can share their own personal experiences with conditions like autism,” she added. “But it can also be a cesspool of negativity and misinformation too.”

Clement added, “It’s very difficult to navigate [infantilization on TikTok] because it comes from stereotypes and stigma. There are autistic adults who want to post things like makeup transitions or thirst traps, and why not? Being autistic doesn’t mean they can’t do that sort of content or that we’re being manipulated into doing so.”

TikTok is not just an app; it has real-world consequences. If the algorithm is constantly pushing the idea that autistic people are eternal children, it further entrenches this idea that we are fundamentally “lesser” than neurotypical people, which deeply harms our ongoing fight for agency and equality.

The post The infantilization of autistic people on TikTok needs to stop appeared first on The Daily Dot.

‘Disgusted and outraged’: Kim Kardashian addresses Balenciaga child exploitation controversy—but won’t cut ties
‘How many other women has he done this to?’ Woman says Hulu employee took her info and contacted her after customer service chat
Advertisement