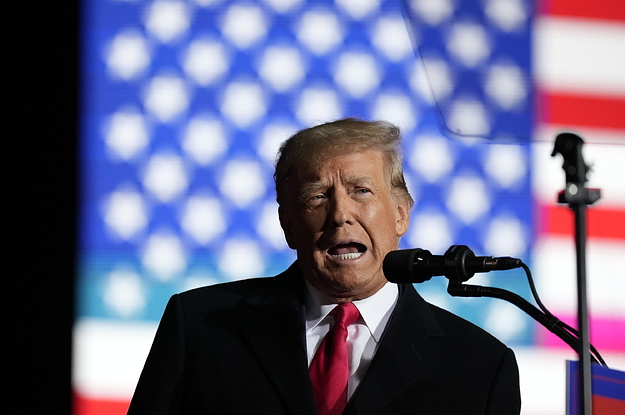 The Jan. 6 House committee will ask the Justice Department to prosecute Donald Trump for his role in the Capitol insurrection in a move that carries no legal weight but nonetheless has unprecedented symbolic significance.

The nine-person committee unanimously voted to refer four criminal charges against the former president: obstruction of an official proceeding; conspiracy to defraud the United States; conspiracy to make a false statement; and inciting, assisting, or aiding an insurrection.

The vote took place during the committee’s final public meeting on Monday, wrapping up one-and-a-half years of a captivating and impactful investigation into the Capitol riot. Over several public hearings, the members laid out their case that Trump lied about the election results, tried to misuse the power of his position to retain the presidency, and incited a mob to storm the Capitol.

Four Republican lawmakers — Reps. Kevin McCarthy, Jim Jordan, Scott Perry, and Andy Biggs — were also referred to the House Ethics Committee for failing to comply with subpoenas from the panel.

“This committee is nearing the end of its work, but as a country we remain in strange and uncharted waters,” Chair Rep. Benny Thompson said. “We’ve never had a president of the United States stir up a violent attempt to block the transfer of power. I believe, nearly two years later, this is still a time of reflection and reckoning.”

It is extremely rare for a former president to be found deserving of criminal prosecution. The referral does not compel the Department of Justice to act, but it likely will put pressure on Attorney General Merrick Garland — whose agency is conducting a parallel investigation into Jan. 6 — to bring criminal charges against Trump.

I’ve Never Seen “Sacred Games”, So I Only Watched The Pilot And Finale
Elon Musk Polled Users: “Should I Step Down As Head Of Twitter?” 57.5% Voted Yes.
Advertisement