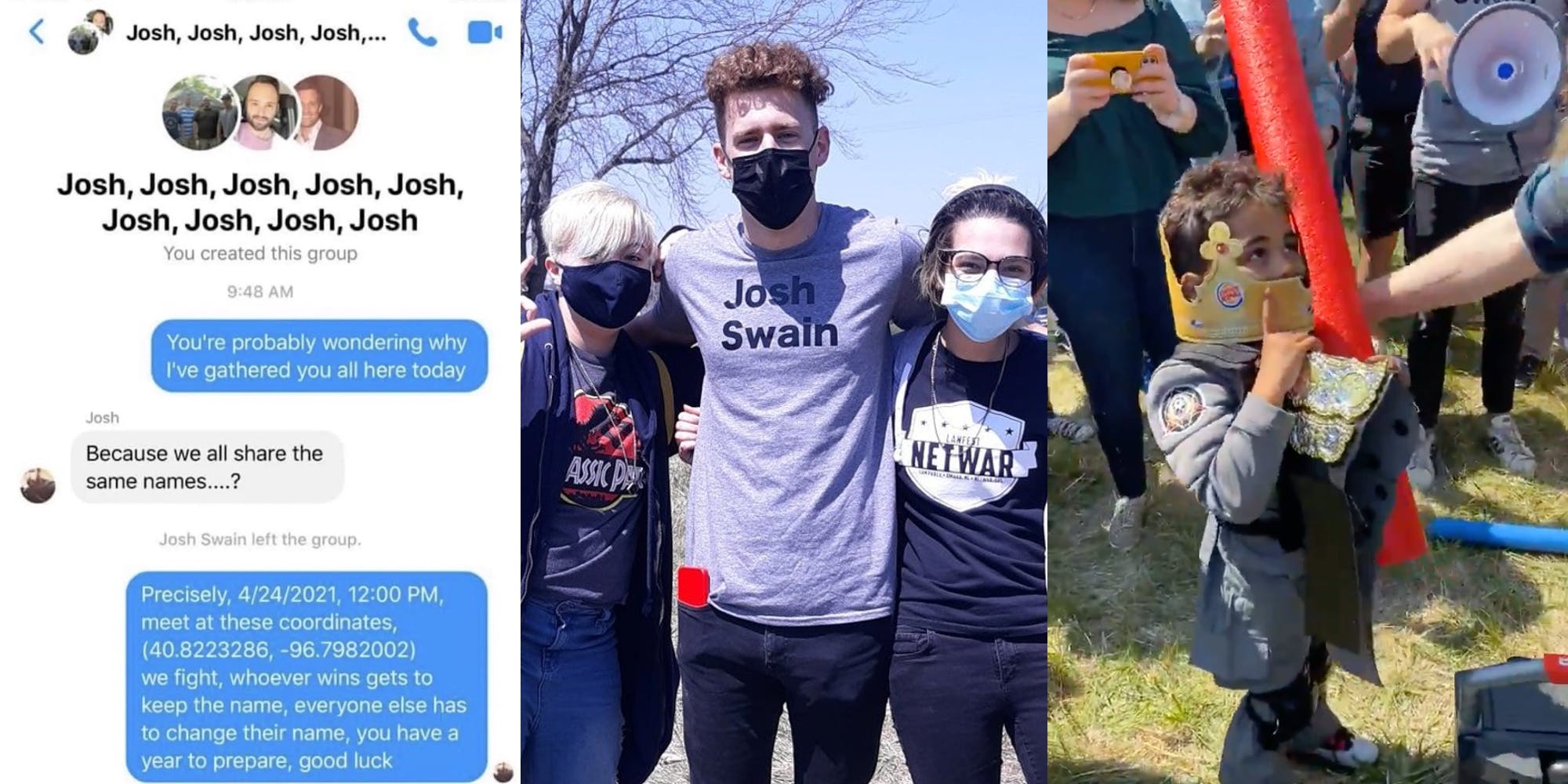 A year after a man named Josh Swain challenged a group of other Josh Swains to duke it out for the right to their shared name, the battle has come to pass, and one Josh has been declared the winner amongst all the Joshes.

The idea for a Josh-off started as a pandemic-induced joke when a University of Arizona student messaged as many similarly named Josh Swains as he could find on Facebook. Citing exact coordinates and a date and time of April 24, 2021 at noon, he suggested they fight.

“Whoever wins gets to keep the name, everyone else has to change their name,” he wrote. “You have a year to prepare, good luck.”

The joke soon went viral, and with nothing better to do, while we were all stuck in our homes, the Josh Fight became something the internet was looking forward to for a full year, forcing the original Swain to follow through with his plans.

With no other Swains promising to attend ahead of the event—though one ultimately did show up—the original Josh opened the fight up to anyone with the first name of Josh, changed the location from random coordinates in Nebraska to a park in the same area, and laid out the rules on Reddit.

Josh Swains would battle via Rock, Paper, Scissors, while Joshes would fight using only pool noodles. He also added a charity aspect to try to do some good with this wacky event.

The Josh battle pulled a surprisingly large crowd, and if the pool noodles are anything to go by, many of the competitors were, in fact, Joshes.

The original Josh Swain won the right to keep his full legal name in a Rock, Paper, Scissors battle with one other Josh Swain, while a 5-year-old going by the nickname “Little Josh” won the ultimate battle of the Joshes.

The entire event was live-streamed and followed closely by folks online who had waited so long for this legendary moment in Josh history.

And together, they celebrated the new reign of Little Josh, king of the Joshes.

Sometimes, the internet really is far too wholesome for its own good.

The post The ‘Josh Fight’ actually happened—and a winner for the name has been declared appeared first on The Daily Dot.

YouTuber EDP445, who was exposed as alleged child predator in vigilante sting operation, purges channel
How to stream The Oscars 2021
Advertisement