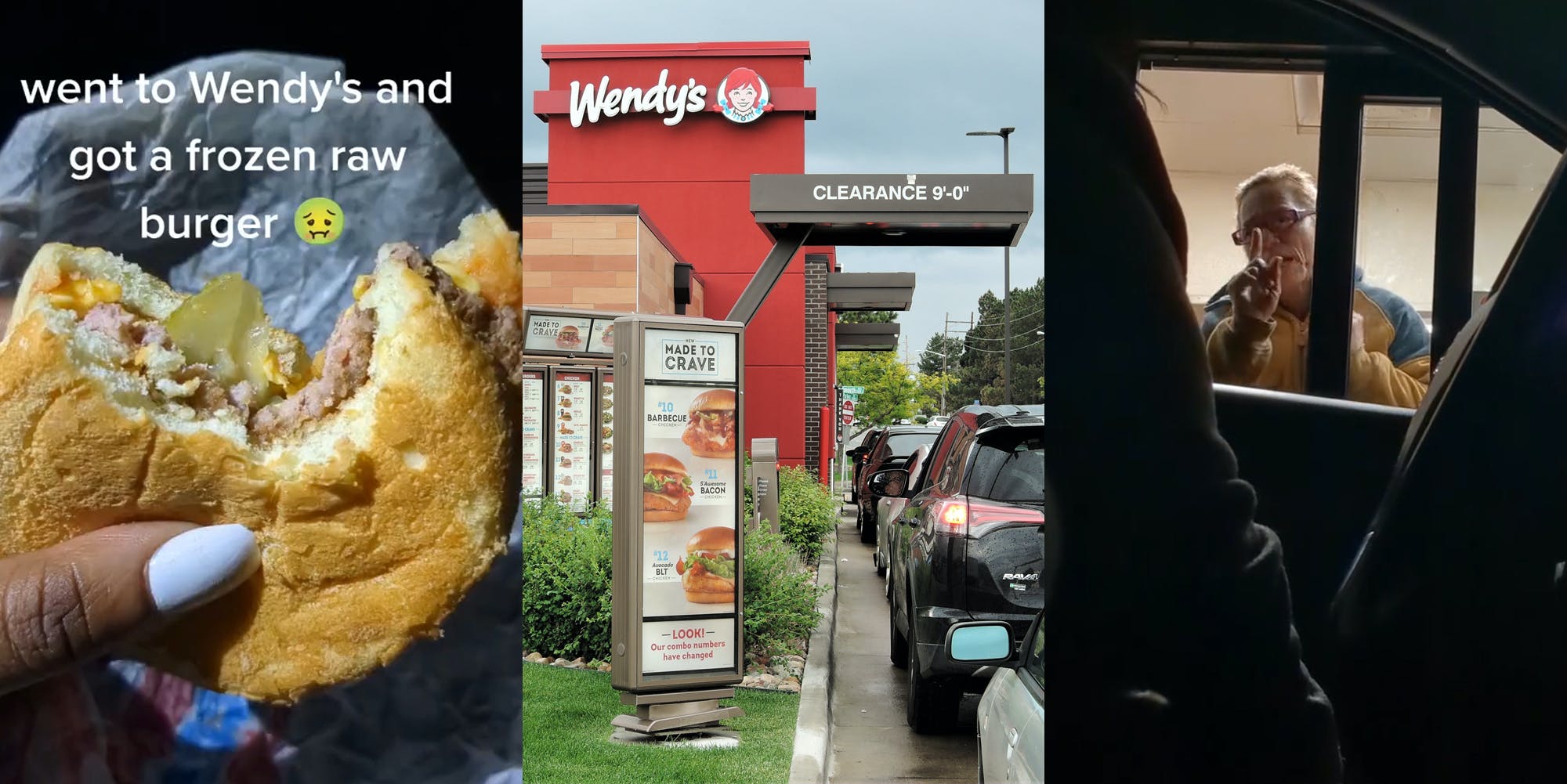 A woman’s video where she claims a Wendy’s manager accused her of lying about her burger being raw in the middle has drawn over 600,000 views on TikTok.

Posted by user Cortney (cortney0o0), the video shows interactions at two different Wendy’s locations after the poster said she was unhappy with the order.

“Went to Wendy’s and got a frozen raw burger,” a text overlay on the video reads. “The manager said we were lying so we’re going back up there. Went to the wrong Wendy’s.”

In the video, she explains to a Wendy’s employee at a different location that she had called the original location about the allegedly frozen burger and was told, “I know you a liar, bring me back the food.” The employee then asked for the receipt, and remade the order for her, despite the fact that the issue did not happen at that location.

Having received a corrected order, Cortney drove to the Wendy’s location they had called, and asked for the manager, Dawn, who is alleged to have called them “liars.”

She admitted to the manager that she did call the wrong store. As she tried to tell the manager “from one manager to another” that accusing the customer of being dishonest was inappropriate, the manager closed the drive-thru window, telling them to have a good night.

The TikToker made clear that they waited at that window for another 10 minutes before being approached by the manager. When Dawn opens the window, Cortney tells her that she did not say what she is the manager of, and that the Wendy’s manager would not have a job the next day.

Viewers were also frustrated by the manager’s behavior towards someone who had an issue with their order.

“At the second location they all had attitudes as soon as they opened the window,” one commenter wrote.

“Wow, I used to be a fast food manager too,” another viewer said. “It’s rare, but sometimes unacceptable food goes out like that. She was unacceptable. Tell me she’s fired.”

“How disrespectful!” another wrote. “You were so calm and polite and she didn’t have a care in the world. But that first girl is a QUEEN.”

Others praised the employee who remade the order at the first location for her handling of the situation.

“Now that is customer service,” one user wrote. “I’m happy she fixed their mess up. (the first one) now the Karen she shall be fired hope it was worth it.”

“The girl who made you the burger was so sweet and so understanding,” another user commented.

“That girl gives such good vibes like she’s so sweet,” a viewer wrote.

The Daily Dot reached out to Cortney regarding the video via a comment on the video as other methods of communication could not be identified, as well as to Wendy’s via email.

The post ‘The manager said we were lying, so we’re going back up there’: Customer claims Wendy’s served them a ‘frozen raw’ burger appeared first on The Daily Dot.

‘TikTok was a place to vent’: From corporate to customer service, content creators are losing their day jobs 
‘Do you know these gays?’: ‘The White Lotus’ season 2 took over TikTok
Advertisement