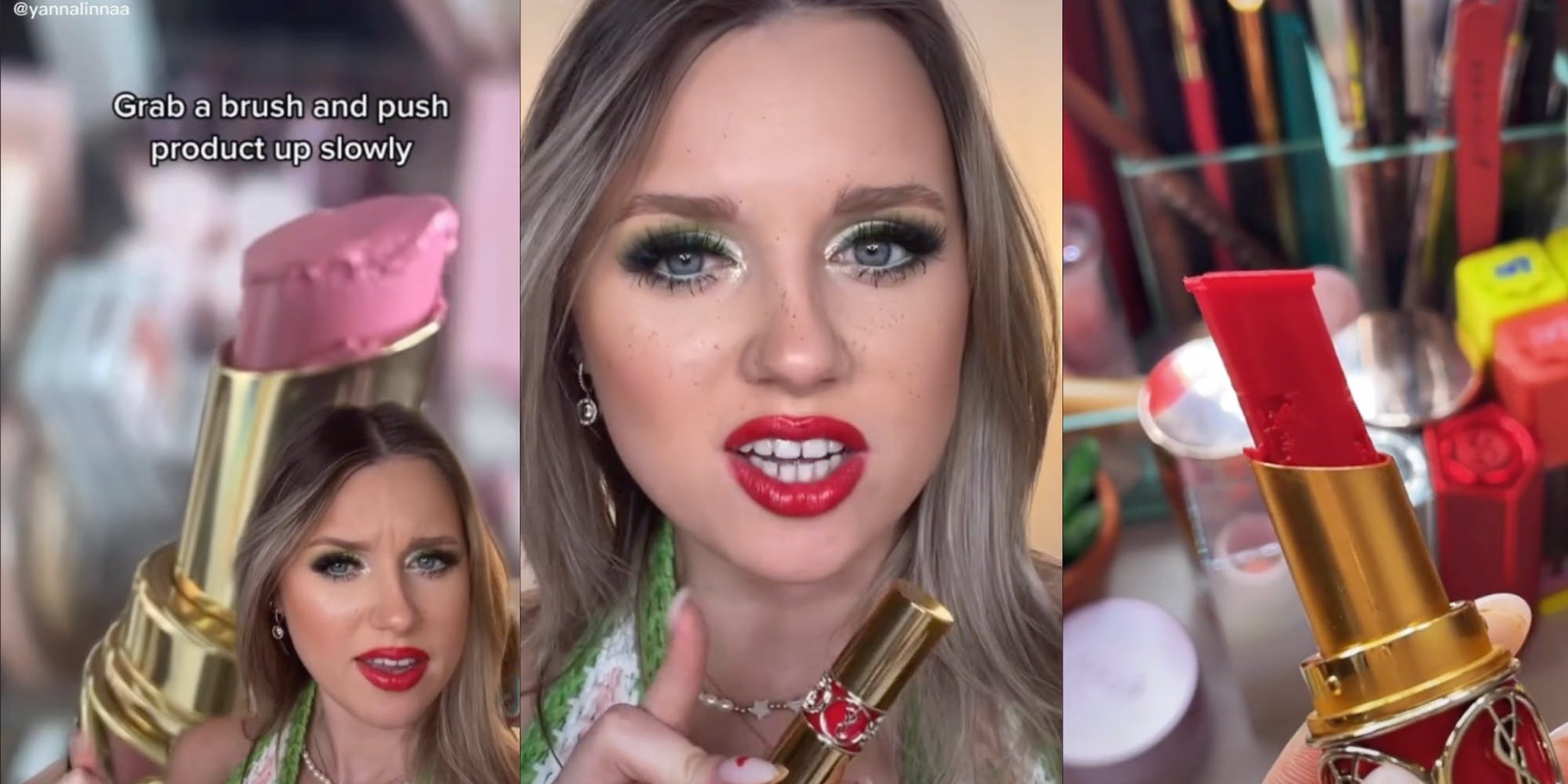 A TikToker recently confirmed a “hack” that allows customers to seemingly get two tubes of Yves Saint Laurent lipstick for the price of one.

In the video, which has received over 5.8 million views since Nov. 25, user @yannalinnaa is reacting to someone else’s TikTok which claims that there’s more lipstick underneath the initial stick of the product.

“Apparently after this whole thing is gone,” @yannalinnaa said, pointing to the top of the lipstick, “There is as much lipstick underneath.”

To test whether the hack is real, @yannalinnaa starts by cutting the lipstick out of the tube. After it’s cut, she removes a sticker at the bottom of the lipstick tube—revealing a small hole. She then pushes into the hole using the back of a makeup brush and sees the remaining lipstick.

“This is how much fucking product was hiding inside of it,” @yannalinnaa exclaimed. “This is unreal.”

She continued: “How did we not know about this earlier?”

Considering some tubes of YSL lipstick cost nearly $40, most viewers were pleasantly surprised that they were getting their money’s worth.

“That shouldn’t be legal,” wrote a second user.

“This is another reason a lot of makeup artists pot their lipsticks,” said a third viewer.

It’s not immediately clear whether YSL is the only brand to have this “hack” on their lipstick products. In the comments, @yannalinnaa said Dior might do a similar trick—but that she hasn’t confirmed whether that’s the case.

The Daily Dot has reached out to @yannalinnaa via TikTok comment.

The post ‘The price suddenly seems reasonable’: TikToker shares trick for getting more product out of YSL lipstick tube appeared first on The Daily Dot.

‘It’s literally become a free-for-all’: TikToker says security had ‘given up’ at BTS concert, did not check bags or tickets
‘Is it real?’: TikToker finds alleged Picasso painting with exhibition stamps at their local Goodwill
Advertisement