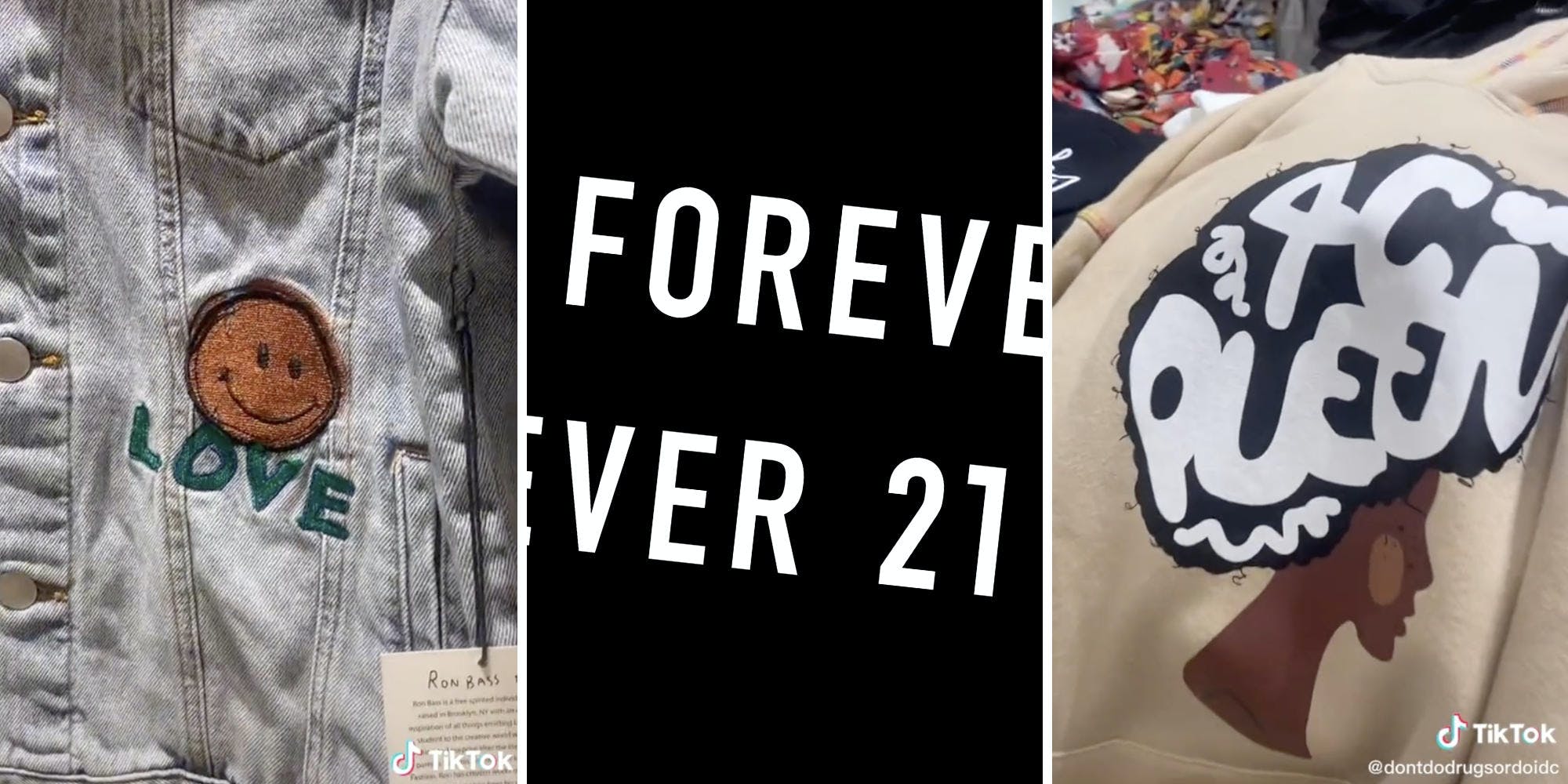 The video, posted by TikToker Dazey (@dontdodrugsordoidc), on May 2 shows the Black History Month section of Forever 21, including basketball-shaped clutches, a pillow with a hair pick design, and shirts with drawings of Black people with grills and chains on.

“The microaggression, the racism is jumping,” Dazey says in the clip. “I’ve had it up to here.”

The video had over 5.5 million views by Monday, with many commenters debating whether the collection was racist.

“The grills and chains were outta pocket for sure,” one user said.

“It’s not that they don’t want representation. This is all just racial stereotypes,” another commenter explained.

“Intent was good, but the execution is giving racism more than anything else,” a third wrote.

Others justified the collection by pointing out that all of the designs were created in collaboration with Black artists including Ron Bass, Henry R. Jones II, and Shae Anthony. A statement on Forever 21’s website says that “a portion of the proceeds from the collection will be shared with the artists as well as [Forever 21’s] community partners.”

“I work there, and the artists are Black,” one user wrote. “There’s a whole back story as to why the section is even there. Y’all be mad for nothing.”

“Ron Bass made these. He’s a Black creator,” another said. “The smiling face is like his logo.”

In a follow-up video, Dazey says that they weren’t “discrediting any of the Black artists.”

“I’m actually proud of them for being able to display their art somewhere as big as Forever 21,” they said. “But I am not proud of what they were forced to put forward.”

The Daily Dot reached out to Dazey via TikTok comment and Forever 21 via email.

‘I’m broke’: Divorced man asks woman to buy him a drink. Her boyfriend steps in, sparking debate about if he was over-protective
‘That’s how you get a raise’: Worker says manager subscribes to his OnlyFans account
Advertisement