‘The sh*t we go through’: White man calls Black man the N-word for beating him to the bathroom in viral TikTok – Nogagames 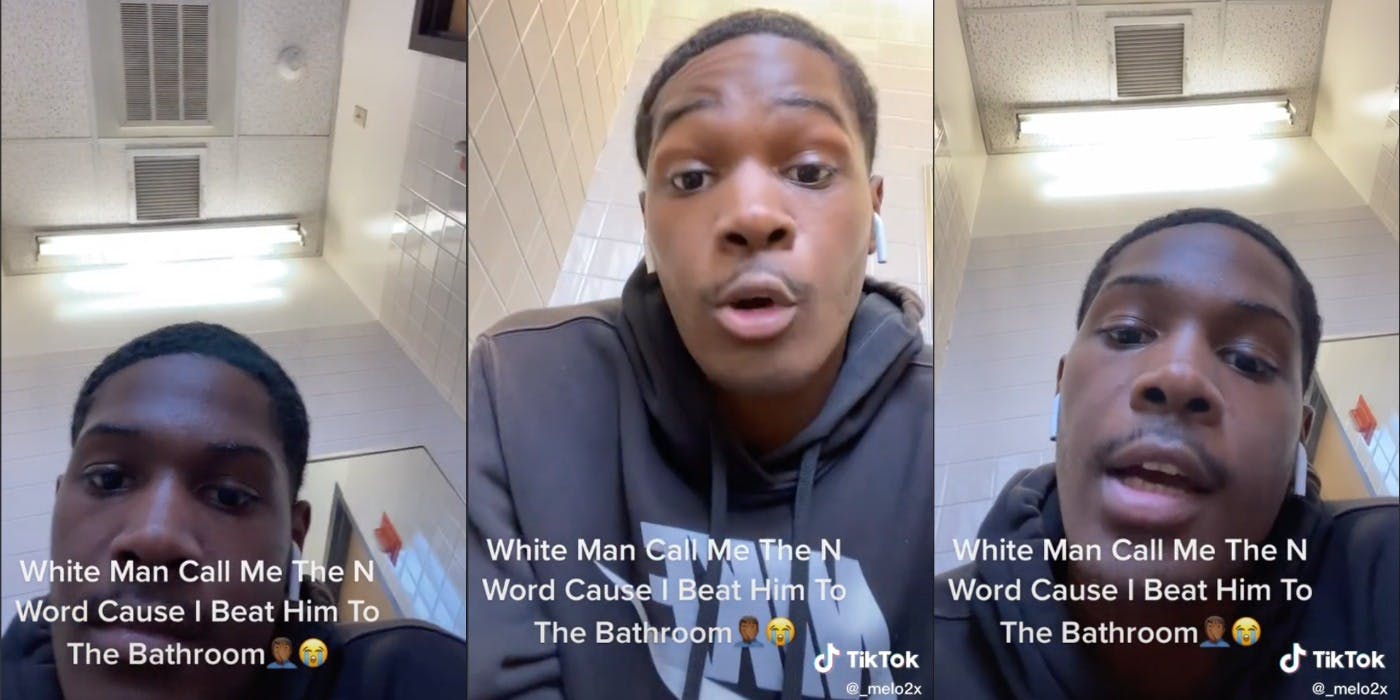 A viral TikTok video shows a Black man being repeatedly called the N-word by a white man because he beat him to the bathroom in a Chicago-area metro station.

TikTok user @_melo2x filmed and posted the video on Thursday, apparently from the toilet. The video has over 4.5 million views. The caption reads: “It’s Funny But Not Funny At The Same Time He Lucky I Had To [poop emoji] REAL BAD.”

The overlay reads: “White Man Call Me The N-Word Cause I Beat Him To The Bathroom.”

“Now, when I go out there and beat the fuck outta him,” he said, though he was interrupted. As he sat there, handling his business, the unseen white man loudly called him “fucking [N-word]” and called him a “bitch.”

“You hear that?” he continued. “When I go beat his ass, and put this phone on live on Facebook and I go fuck him up, it’s gonna make sense, right?

“This the shit we go through in world. I’m shitting, on my grandma. I ain’t did nothing to the man. Man just came and beat on the door and just got to saying all this shit. We go through this shit still.”

Predictably, the comments were out of control and gross. One man claims he “woulda palmed a dookie straight in his face.”

Another claimed he “woulda wiped and got up soo fast [just] to throw hands.”

The Daily Dot reached out to the TikToker for comment.

The post ‘The sh*t we go through’: White man calls Black man the N-word for beating him to the bathroom in viral TikTok appeared first on The Daily Dot.

‘I am so sick’: Wendy’s manager allegedly sexually harasses TikToker in front of her daughter
The ‘Succession’ season 3 premiere skewers the insecurity of the super-rich
Advertisement