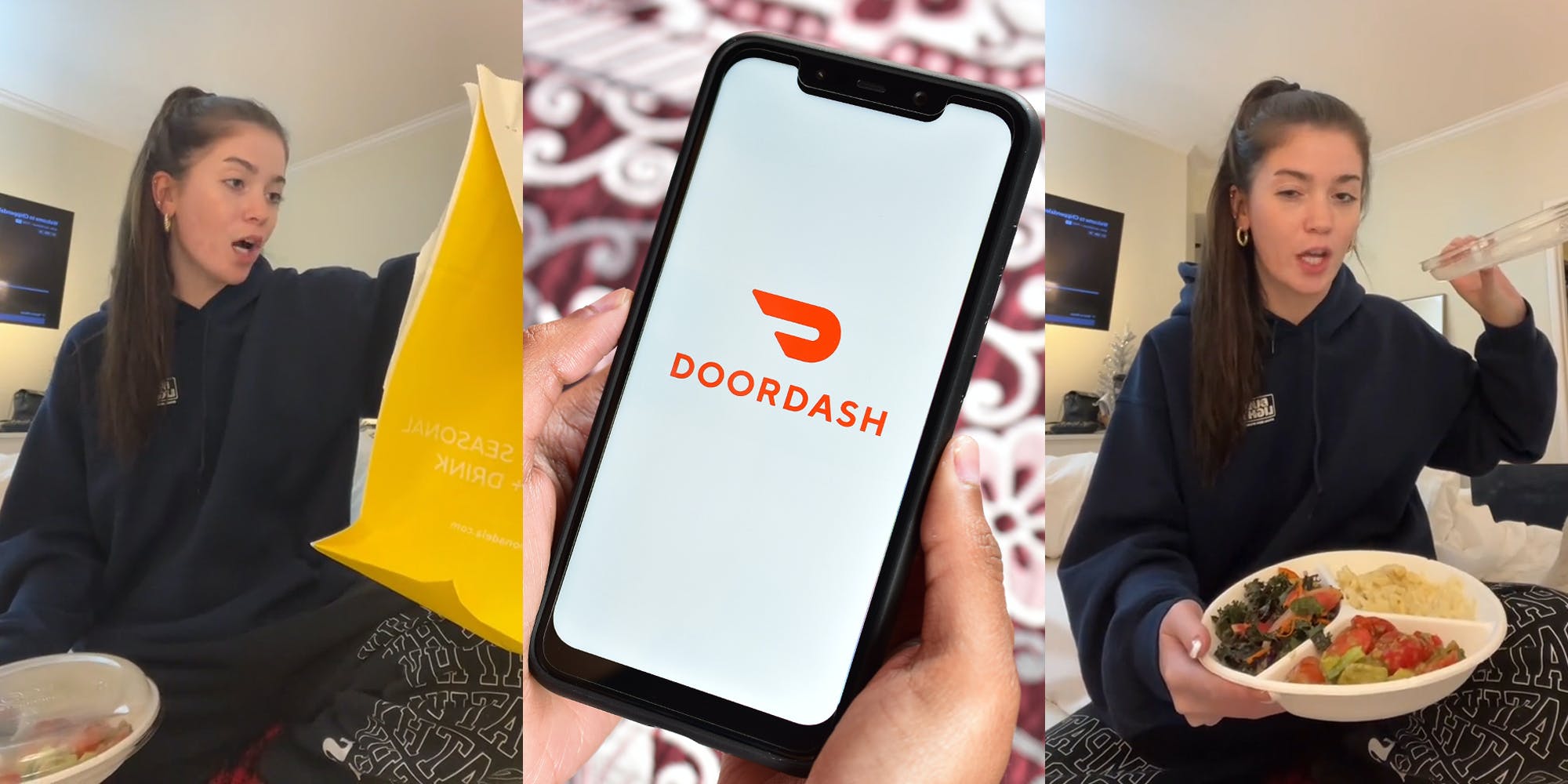 A TikToker recently went viral after sharing an unfortunate story about receiving two incorrect orders from food delivery service DoorDash in one night.

In the video, user Caitlyn Rae (@caitlynraee) explains that she had seen a discount for her favorite meal at Lemonade and decided to place an order through DoorDash. Little did the TikToker know, she would not be receiving her favorite meal that day.

This so would happen to me like why am I shocked

“I’m dying for Lemonade,” Caitlyn says in the video, referring to the Los Angeles-based restaurant, not the beverage. “They’re having a sale on DoorDash right now where if you spend $20 bucks you get $12 off. An $8 meal for one of my favorite meals ever? Fuck yeah, I’m going to order it on DoorDash.”

However, when the order arrived, Caitlyn says the ingredients were all wrong.

“I open the package, it’s the complete wrong order,” she claims. “I ordered a bowl of pineapple chicken, broccoli, and truffle mac and cheese. And what comes to my door? Whatever concoction this is, plus an extra side of mashed potatoes and chips,” the TikToker adds as she displayed the food on camera.

In the video, Caitlyn says she contacted DoorDash to complain about the mistake, and the company offered her $25 in credits as compensation, which she then used to place the same exact order. Unfortunately, when the second order arrived, she says it was once again completely wrong.

“I get my second delivery from Lemonade and this time, it’s this,” Caitlyn says while holding up the plastic container from the restaurant. “And you know what the best part about this is? The store is fucking closed now.”

The video quickly went viral, receiving over 173,000 views in one day. Viewers went to the comment section to express their own dissatisfaction with DoorDash.

“DoorDash literally did this today to me and I cried,” one commenter said.

“THIS has happened to me multiple times but with California pizza kitchen in nyc,” another user shared.

“This happened to me but on the second time DoorDash refused to give me credits so I said whatever ordered the next day and it was wrong again,” a third wrote.

The Daily Dot has reached out to Caitlyn Rae, DoorDash, and Lemonade via email.

‘Time to go back to not caring’: Trump fans aghast his ‘major announcement’ was just an NFT collection
Worker says she told her ‘cheaper replacement’ her own salary the day she left after training her
Advertisement