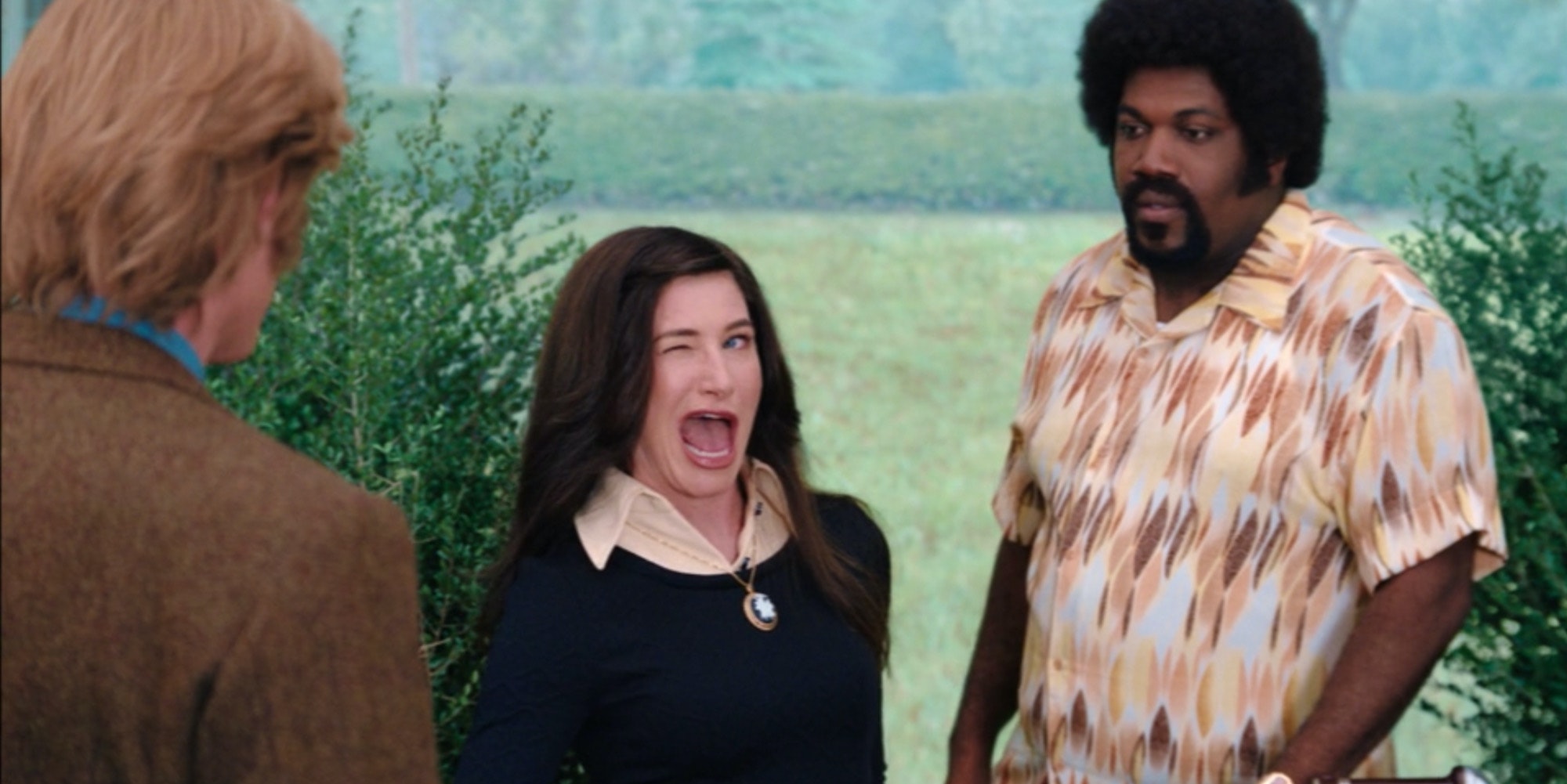 WandaVision is an intricate exploration of grief through the lens of classic American sitcoms, which are both Wanda Maximoff’s coping mechanism and the way in which the alternate reality she creates is shaped. Full of classic sitcom tropes and mechanisms from everyone within the perimeter, it’s one of those mannerisms that’s become the subject of a new meme.

Toward the end of episode 3, “Now In Color,” Vision goes outside to chat with his neighbors after the birth of his twin sons, Tommy and Billy. His wacky neighbor Agnes questioned the presence of Geraldine (who we know as Monica Rambeau) in Westview and in Wanda’s home, pointing out that Geraldine doesn’t have a family, a husband, or a home. While Vision’s next-door neighbor Herb attempts to tell Vision why Geraldine is in town, Agnes stops him with a look.

“Well, I better get going,” Agnes says. “That macramé’s not gonna hitch itself.” Agnes then makes an exaggerated wink with her face, rings the bell on her bike, and laughs before leaving.

It’s the kind of sitcom visual that can acknowledge a breaking of the fourth wall, or, in some cases, it’s a gesture that one character might make to another to indicate that what they just said was a lie or a joke. Usually, the lie could be something as small as “This fun activity for so-and-so is to distract them from planning their surprise birthday party”—and not “your wife created an alternate reality where you’re somehow still alive and everyone in this small town is playing a TV sitcom character.” It’s brought to life with great effect by Kathryn Hahn leaning into the exaggerated nature of the wink itself.

A few episodes later, we learn that Agnes is really Agatha Harkness, a witch with a catchy bop who’s been around since the Salem Witch trials. “Agatha All Along” cuts back to that interaction between Agatha and Herb that prevents Herb from revealing what’s really going on. It also gives even more meaning to her wink.

After the Agatha Harkness reveal occurred in episode 7, one person on Twitter Photoshopped a picture of Sparky, the family dog who was introduced (and died) a couple of episodes earlier, and Agatha winking a photo onto actor Grant Gustin (CW’s Flash) posing next to a prop grave belonging to Oliver Queen. It’s a silly nod to the “Agatha All Along” lyric “And I killed Sparky too.”

While the clip of Hahn winking was included in previous WandaVision trailers, the visual of the wink itself caught on enough that even people have no idea who Agatha Harkness is, who have never seen an episode of WandaVision, or who don’t engage with the Marvel Cinematic Universe can all use it. It’s essentially shorthand for “whatever I just said is obviously a lie” or an acknowledgment that something is about to happen while another person remains unaware.

But it’s also a way to showcase all of the lies we tell ourselves.

Or to highlight the lies that institutions tell us.

It works to illustrate some of the great twists in literature and history.

And of course, it also got meta.

The post The ‘WandaVision’ wink is the next great relatable meme appeared first on The Daily Dot.

Why are people calling on Cuomo to resign over sex scandals and not nursing home deaths?
Twitch streamer groped during broadcast, says viewers blamed her for it
Advertisement