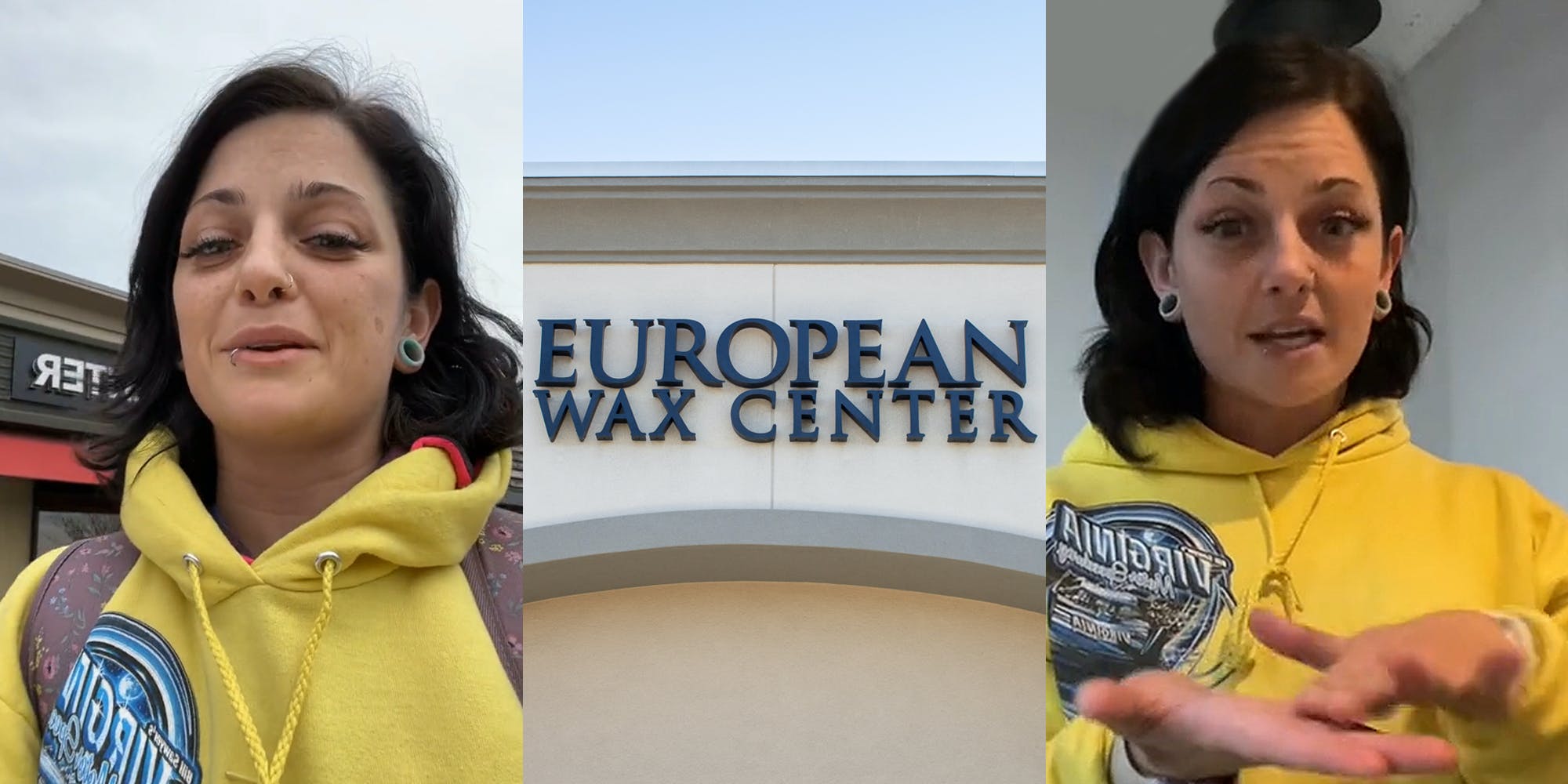 If you’ve been holding out on getting a Brazilian wax because you’re a bit nervous, you may not want to read the rest of this story.

In a video that received almost two million views, TikTok user @budlightbrittt says she had to go to the hospital after getting her first Brazilian wax at a European Wax Center in Richmond, Virginia.

“Nothing like leaving the wax center and then having to go to the hospital,” she says. “I might need stitches.”

The TikToker explains in a follow-up video that some acquaintances encouraged her to get a Brazilian wax because European Wax Center was offering a 50% discount. After doing some research, she decided to make an appointment.

At her appointment, @budlightbrittt told her waxer that it was her first time getting waxed and that she felt nervous. She says that when she previously tried to wax herself at home, she ripped some skin off her inner thigh.

The TikToker says that everything went smoothly until the waxer started on her labia. Pain shot through her entire body when the waxer ripped the strip off, and @budlightbrittt says she saw the waxer’s eyes widen. The waxer asked if it hurt, and the TikToker assured her it did.

The TikToker says the waxer continued but then started blotting blood away. Eventually, the waxer said she didn’t think she could finish the appointment.

“I was like, ‘you’re definitely not going to finish. I need to go to the hospital,'” @budlightbrittt says.

At the hospital, the TikToker was told she had a “tear lateral to the clitoral hood.” She says the doctor didn’t want to use medical glue “to avoid, obviously, gluing everything together.” The doctor was also concerned about causing more damage to her soft tissue, so they didn’t want to use stitches either.

“So yeah, I went to the hospital today because the waxer tried to rip off my vagina,” @budlightbrittt says. She does not mention what treatment option the doctor settled on.

Several viewers commented that the waxer should be fired and that the TikToker should contact the center if she hadn’t already.

“As a professional waxer… that SHOULD NOTTTTTT happen… she shouldn’t be waxing i’m so sorry babe!” one viewer commented.

“I really hope you let the place know! Clearly she should not be waxing! I only hear horror stories from EWC,” a second wrote.

“Get a lawyer… seriously. Also call the store manager, that person needs to be fired,” another added.

Some viewers questioned whether the TikToker was taking any medications that could have complicated her waxing — a question the waxer should have asked.

“Taking any antibiotics or certain medications can make the skin rip but they definitely should’ve asked before!” one user commented.

“There are so many factors that can cause rips or tears,” another wrote. “If your skin is over exfoliated, if you’re using any topicals or prescriptions medications, if your skin is too dry, etc. no waxer would purposefully do that. It sounds like an awful one time experience, but saying she ‘tried to do it’ is not it.”

The Daily Dot reached out to @budlightbrittt via TikTok comment and to European Wax Center via email.

The post ‘The waxer tried to rip off my vagina’: Woman says she had to go to hospital after getting waxed at the European Wax Center appeared first on The Daily Dot.

Twitter isn’t dead: What happened to platforms hailed as the alternative?
‘This, my friends, is how you know it’s a recession’: Shopper finds On The Border tortilla chips that are mostly air
Advertisement