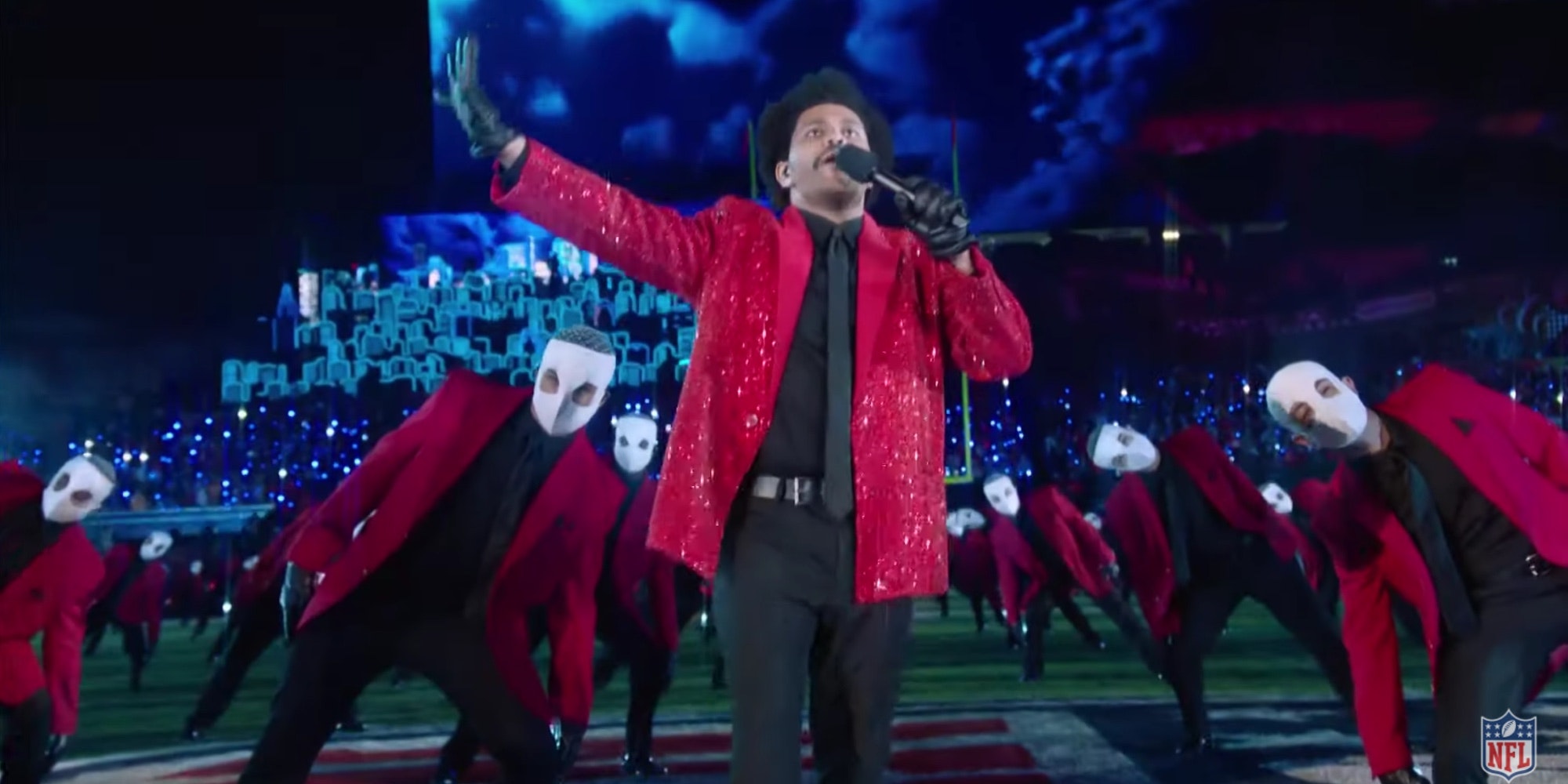 There are three reasons to watch the Super Bowl: the game, the commercials, and/or the halftime show.

This year, the latter featured a performance from the Weeknd, whose aesthetic in his current musical era has been filled with violence and gore. That persona focused around “heightened levels of danger and absurdity as his tale goes on,” and people couldn’t help but wonder if he’d bring some of that strange with him to the halftime show.

Instead, the “Can’t Feel My Face” singer played it safe, putting on a show that had hardcore fans praising him for how far he’s come.

However, some people were underwhelmed by the show, calling for a return to having female performers take centerstage at halftime.

“Halftime show confirmed once again that men phone it in while women do the most,” tweeted James Loduca.

But the biggest focus this year seemed to be on the outfits worn by the Weeknd’s backup dancers.

Each one was dressed like the Weeknd’s recent bruised and bloodied persona, complete with fully bandaged faces, not unlike how the singer himself looked at the American Music Awards back in November when he became a meme.

Having an entire field of bandaged-up Weeknd clones on the football field brought the memes out pretty quickly, with people comparing them to everything from Doom Patrol to the Jordan Peele horror movie Us.

That wasn’t the only part of the show that brought out the memes, either, as both the outfits and camera work had their fair share of commentary as well.

Whether you came for the performance or stayed for the memes, it seems like everyone found something to enjoy about this Super Bowl halftime show—even if the Us-induced nightmares may come for us all sooner or later.