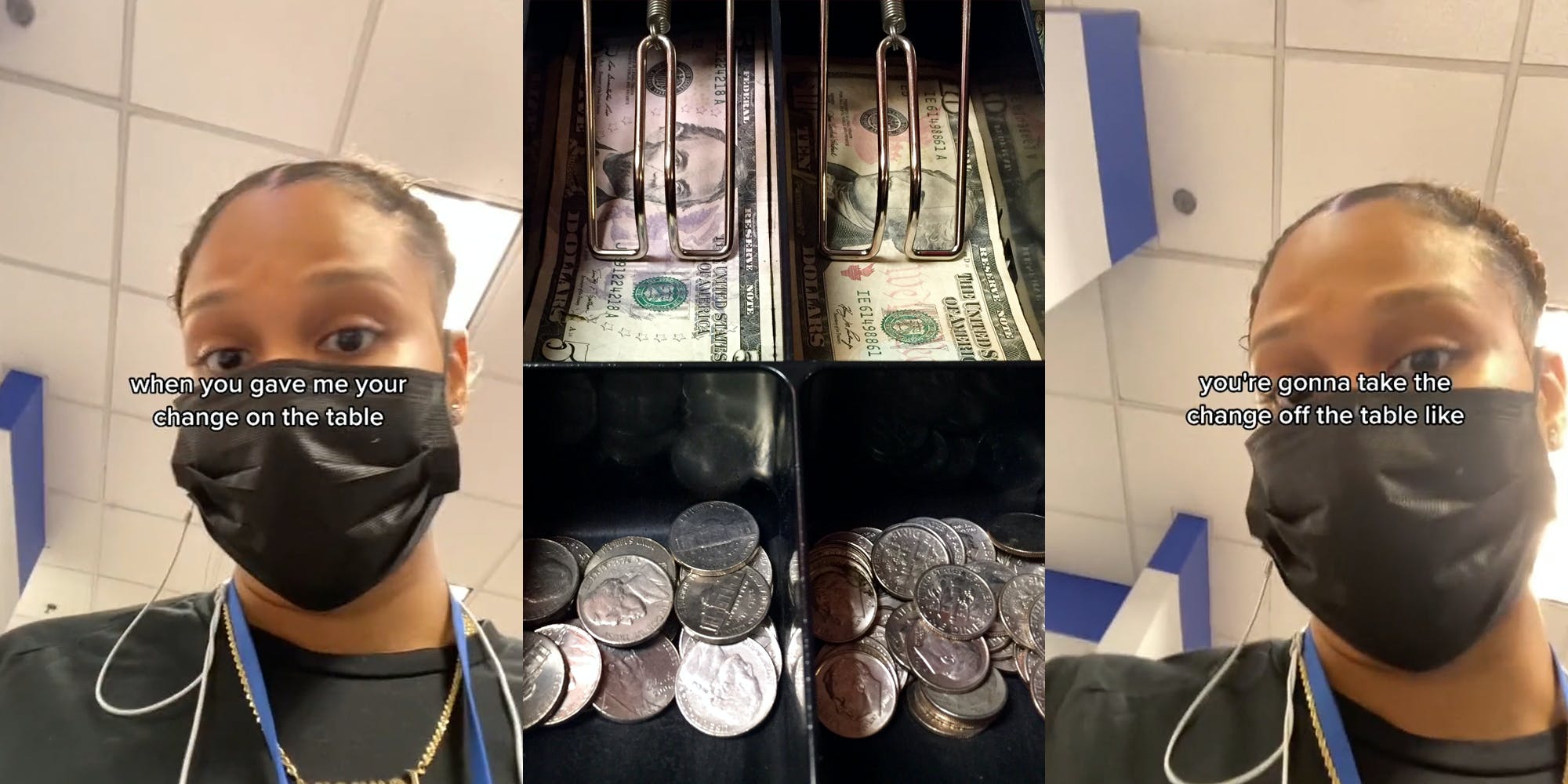 In a viral video, TikTok user @yourfacemakesmytoesitch shared one of her pet peeves as a retail worker.

“Imagine reaching your hand out for me to give you your change back when you gave me your change on the table,” she says. “You’re going to take the change off the table like…”

In the caption, the TikToker clarified that in those situations, she often has her hand out to receive the money, yet customers choose to place it on the counter anyway.

Many users in the comments section shared the TikToker’s grievance.

“I was just having this convo the other day. The same way you give me the money is the same way it’s going to be handed back,” one user wrote.

“I did that once and the guest was like ‘that was rude’ and I was like ‘oh I just assumed you’d prefer if I didn’t hand it to you,” a second shared.

“As a former cashier, I used to spread the change out so they’d have a harder time picking it up,” another commented.

The Daily Dot reached out to @yourfacemakesmytoesitch via Instagram direct message.

The post ‘Then they get shocked when you put it on the table’: Retail worker shares customer pet peeve that happens at check-out appeared first on The Daily Dot.

‘Come get it next time’: Domino’s delivery driver asks customer for a tip before handing them the pizza
‘Please I can’t even find one right now’: Mom says she had to get 3 work from home jobs
Advertisement