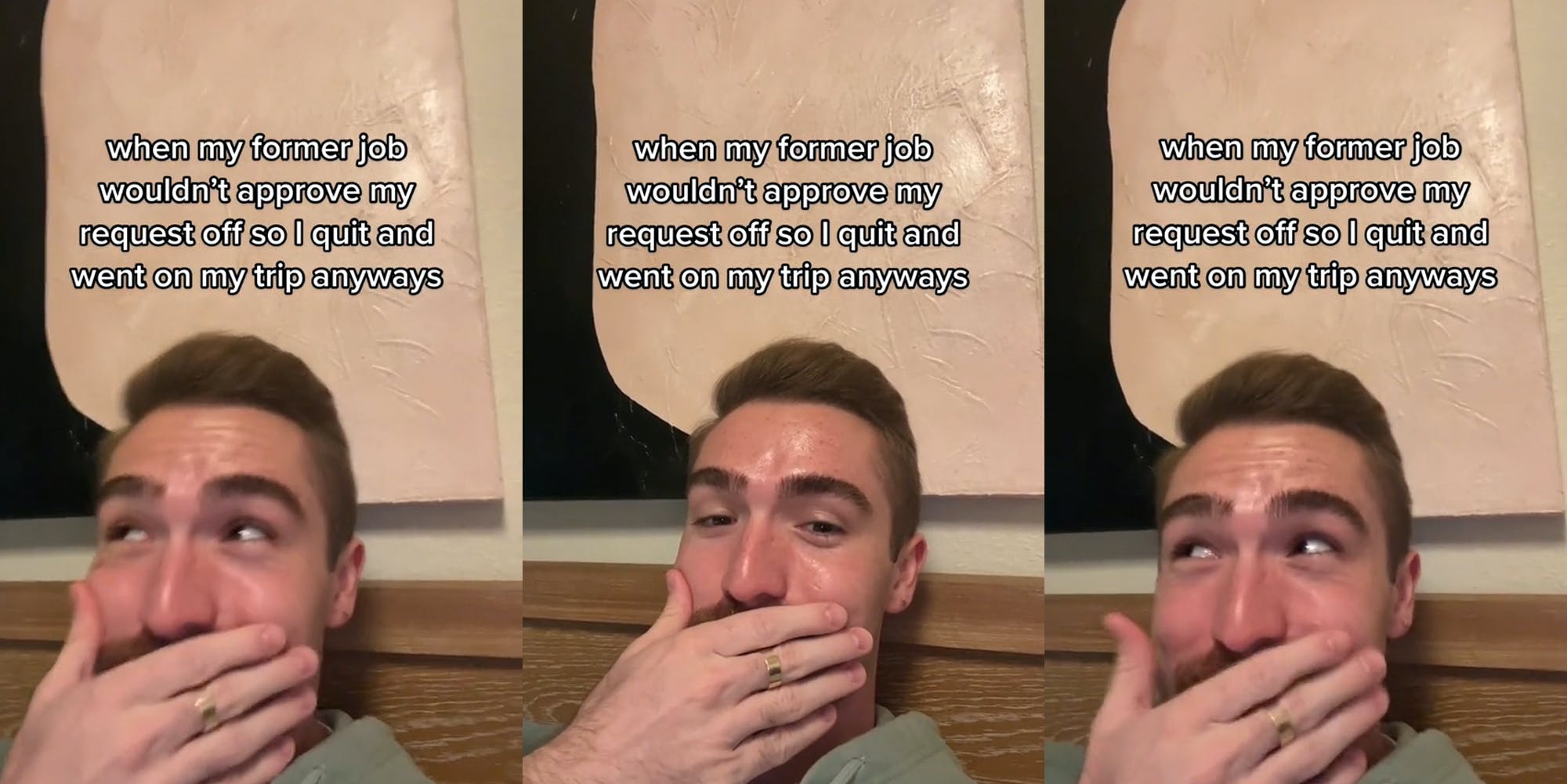 At most jobs, there are set rules governing when and how an employee can take time off. Even then, employees are often not protected if their time off request is denied or suddenly revoked.

This can put employees in an awkward position. They may have already made plans, purchased flights, or otherwise invested in the time period in question, making returning to work on those days a difficult matter.

In a video with over 859,000 views as of Sunday, Newman recounts a time when a former job denied his time-off request after he had already planned a trip to Europe. In response, he quit.

“You get the chance to see eEurope, you don’t say no!” he wrote in the caption. In the comments section, he added, “The tickets were booked, Europe was waiting… there’s always another job.”

Many commenters supported the move, with several contesting the idea that workplaces should be able to deny time-off requests altogether.

“I don’t even understand why it has to be approved,” another added. “Like I already decided I’m not showing up.”

“If they aren’t going to respect my vacation I’m not respecting their hours of operation,” a third joked.

“My job wouldn’t approve my time off to see my husband after he got back from deployment so i quit and saw him anyway,” a user recalled.

“I did this and got offered my dream job while on said vacation,” claimed a second.

“I did this once because they didn’t give me my birthday off,” shared another user. “And I’d do it again.”

“Currently about to do this because my job declined my time off to take the LSAT,” an additional TikToker wrote.

Some pointed out the disparity between the amount of work a job seems to expect the employee to have when contrasted with the amount they seem to care for the employee.

As one user summarized it, “live your best life…Jobs will replace us without a care.”

We’ve reached out to Newman via email.

The post ‘There’s always another job’: Worker quits job after his time off request to go on a trip was denied, sparking debate appeared first on The Daily Dot.

‘The influencers they work with look like everyone else in their office’: Black creator calls out ‘racist’ marketing agencies who choose to hire only white influencers
Elon Musk’s bedside table declared most ‘divorced’ by the internet
Advertisement