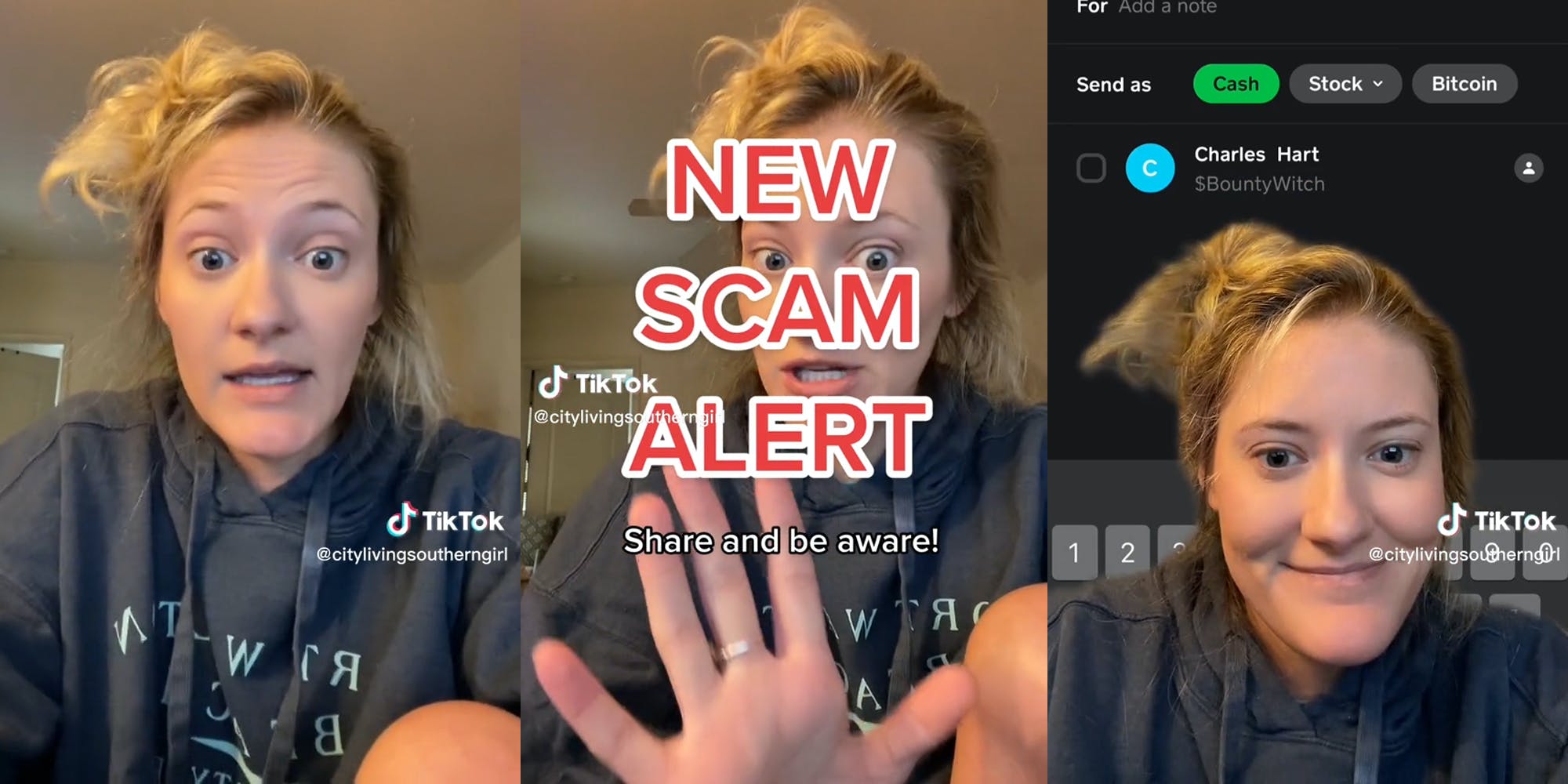 A TikTok user is warning others after falling for a phone scam that tricks victims into thinking that a family member has been kidnapped.

In a video that has already been viewed more than 2.2 million times, TikTok user @citylivingsoutherngirl explains how she was conned into sending scammers money after becoming convinced that her mother was being held hostage.

“New scam alert,” the video begins. “I usually don’t fall for scams but they got me. Listen to this.”

The TikToker goes on to explain how the ordeal began after she received a phone call that showed up as coming from her mother.

After hearing a female voice weeping, @citylivingsoutherngirl says a man came on the phone and began demanding money in exchange for her mother’s life.

“Now mind you my mom works in home health so her job is to go to patients’ homes and do self-assessments,” she says. “So in my head I’m like ‘it’s happened, a patient has taken her hostage and this is for real.'”

The individuals on the phone were so convincing that @citylivingsoutherngirl said that she texted her dad asking him to call 911.

The caller eventually demanded to be sent $1,000 over CashApp or Venmo, yet @citylivingsoutherngirl told the scammer that she could only send $100.

In a panic, the TikToker immediately called her mother to see if she was OK, only to learn that her mother had never been kidnapped and was totally unaware of the call.

In the comments, other TikTok users noted that they too had reportedly been targeted by similar scams.

“This happened to my mom except the person said I died in a car crash and my mom texted me ‘are you dead?’ and i texted back ‘no,'” one user remarked.

“This is the second story like this that i’ve heard,” another wrote. “Like the EXACT same kidnapping call scam.”

While the technique isn’t new, such scams have made a resurgence over the past year.

The FBI even warned in March that it was seeing an uptick in the two-decade-old scam from criminals using entirely new methods.

The scammers “scour the internet for targets by searching for social media posts” containing personal information. Then, the scammers “contact the target’s loved ones claiming to have taken the target hostage.”

“Family members are coerced into paying a ransom quickly to ensure the target’s release,” the FBI wrote. “In reality, the target was never in physical danger. By the time the family members realize they have been victimized, the ransom money is gone.”

Experts warn that internet users should be wary of what they post online given that it could be used by a criminal to increase the effectiveness of the scam. Families are also urged to discuss kidnapping scams with one another in order to not be caught by surprise should they be targeted.

The post ‘They got me’: Woman says scammer used her mom’s voice, contact info to convince her she was kidnapped appeared first on The Daily Dot.

Some of Netflix’s all-time biggest TV hits got Golden Globe nominations
‘He 100% had you in his phone as Jessica’: Woman shares bizarre tale about being gaslit into believing she was her boyfriend’s dead ex-girlfriend
Advertisement