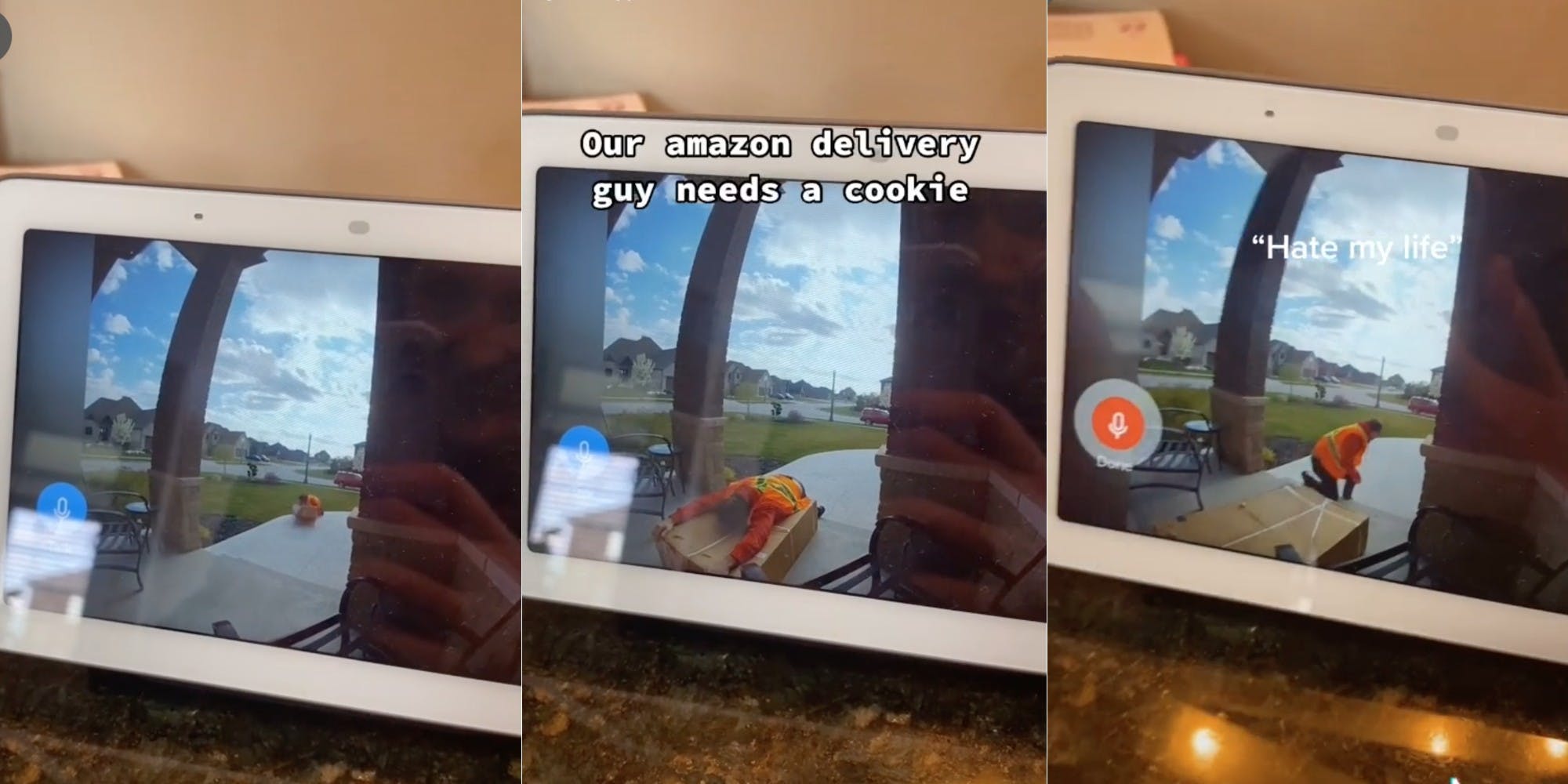 A viral video on TikTok that alleges to show a struggling Amazon driver is stirring debate about the company’s treatment of its workers, although the video appears to be a prank.

The footage, posted to the account of popular TikTok user Justin Hopps, shows a man walking up to a home with a large box before tripping and falling.

A woman viewing the video in real-time, captured by a doorbell camera, asks the man if he is OK. The so-called delivery driver can be heard stating that he “hates” his life before running away.

Viewed more than 2 million times since being posted on Saturday, the video immediately led users to express sympathy for the alleged driver.

“Delivering for Amazon is NOT easy! Hang in there, bro,” @chocolatebull said.

Other users argued that Amazon workers clearly needed better wages and to unionize.

“They need a raise and a UNION!!!” @nubianspacegoddess added.

Other self-professed Amazon employees also weighed in, detailing the difficulties of working for the trillion-dollar company.

“Amazon is the worst place to work,” @aletoroor said.

While the concerns over the company’s workers are very legitimate, the video in question does not appear to be real.

As noted by a handful of users in the comments, the purported delivery driver is not wearing an Amazon uniform. The individual is instead wearing a reflective vest that the TikTok user who uploaded the video has been seen wearing in other videos.

Another alleged delivery driver also noted in the comments that the package, which purportedly contains a TV, was not correct.

In a followup video, the TikTok user more or less admits the previous videos were fake after unboxing the package and finding his dog inside.

The prank comes as Amazon workers across the country attempt to unionize in the face of stiff opposition from their employer.

The post ‘They need a raise and a union’: People feel sorry for ‘Amazon driver’ who repeatedly falls while carrying package in viral TikTok appeared first on The Daily Dot.

‘I will spray you like an insect’: Senior citizen uses Lysol to take down maskless Karen
Woman in Ma’Khia Bryant video says she’s getting doxed, death threats after fatal police shooting of teen
Advertisement