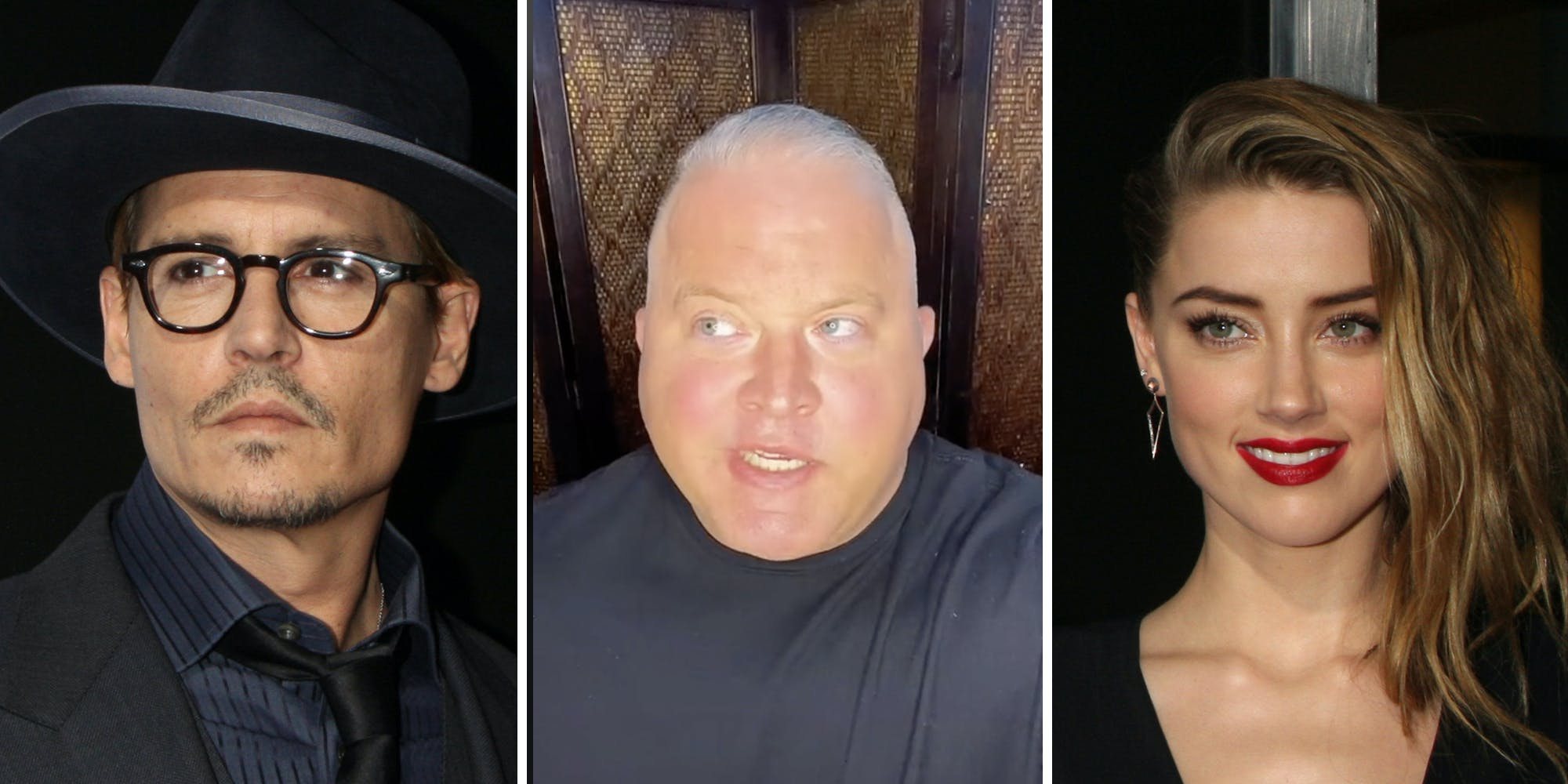 This article contains descriptions of domestic abuse and sexual violence.

Over a month into actor Johnny Depp’s defamation trial against his ex-wife Amber Heard, both sides have depicted a grim story of domestic abuse. Many social media users, including a man who claims to be a former detective on TikTok, have sparked controversy and attracted millions of views for scrutinizing videos of the trial.

In one video, which has over 7.1 million views and was posted earlier in the month, the TikToker says Johnny Depp shows signs of telling the truth.

“Much of Johnny Depp’s testimony comes off as truthful, and a lot of people think that, but I’m gonna tell you why,” the TikToker said. “If I’m interviewing a clerk on an armed robbery, and they start mimicking the motions—like ‘First, I counted the money and then I looked over at the exit’—they’re accessing memories. For the most part, they’re unconsciously doing those motions.”

The TikToker continued, “Generally speaking, a deceptive person doesn’t do that because they don’t have those memories. Much of Johnny’s testimony comes off as truthful and that’s why. But there’s a lot of other things that have to do with body language and word selection but TikTok only gives me so much time.”

In another video, which was posted this week and has over 2.9 million views, the TikToker attempts to poke holes in Amber Heard’s defense, saying she is likely not being truthful in her testimony based on her body language and word choices. He also analyzes the reactions of Depp and his attorneys in court.

Specifically, he notes how she speaks about allegedly getting kicked by Depp.

“She goes on to say that she felt embarrassed. Getting kicked in the back hard enough to fall to the ground you’re not worried about being embarrassed, you’re worried about surviving,” the TikToker said.

He also criticized her facial expressions.

“You may also notice she does ‘sad face’ a lot. That’s somebody putting on a sad face. When you’re actually sad, your muscles in your face relax and your whole face droops. That’s something very hard to duplicate,” the TikToker said.

Thousands of users, some who said they are surivors of sexual assault, flocked to the TikTok’s comment section to agree with the criticisms of Heard. Many users said they were “excited” to see what happened in the upcoming cross-examination of Heard.

However, a few users questioned the TikToker’s qualifications to make such severe claims against Heard.

“I don’t believe everything Amber is saying is true. BUT i don’t think shes lying about the whole thing,” one TikToker commented.

“I don’t think this trial should be up to public opinion. Fuck this stupid world. Johnny could have hurt her. We will never know,” another replied.

Depp is suing Heard for $50 million in damages in response to Heard claiming she was the victim of domestic violence in a 2018 essay in the Washington Post. Heard claims she has only ever acted in self-defense, and is counter suing for $100 million. Depp previously lost a libel case against the Sun newspaper, who called him a “wife beater,” with a judge saying what was written in the paper was “substantially true.”

Heard has so far provided a harrowing testimony, accusing Depp of sexually assaulting her with a liquor bottle; describing how Depp wrote threatening messages in blood on the walls of their house; revealing text messages where Depp jokes about killing Heard and abusing her corpse; showing photos of clumps of her hair on the couple’s bedroom floor and bruising she allegedly had during their relationship; revealing a video of Depp destroying their kitchen cabinets; and more.

Depp has claimed he was in fact the victim of abuse by Heard, showing pictures of a bloodied finger he claims was severed off when Heard threw a bottle at him; revealing other pictures of bruising and scratches on his face which occured during their marriage; providing testimony of the infamous claim that Heard defecating beside his bed; and playing audio tapes of Heard admitting to hitting Depp, as well as taunting him and saying “Tell the world…‘I, Johnny Depp, a man, a victim, too, of domestic violence.”

Social media has turned the trial into a full-blown spectacle, with memes, jokes, reenactments, and lip-syncs of the trial going viral daily on Twitter, TikTok, and YouTube. Heard in particular has faced heavy scrutiny, with hashtags like #amberheardisaliar, #amberheardisapsycho, and #justiceforjohnny attracting millions of people picking apart her testimony.

Survivors of domestic abuse have spoken out against the media frenzy surrounding the trial to multiple news outlets, including NBC News, with worries about how the trial’s coverage of Heard will discourage survivors of abuse from reporting their experiences.

We’ve reached out to the TikToker (@purepower34) via email, and to representatives for Depp and Heard listed on their respective IMDb Pro pages.

If you are a victim of domestic abuse or want more information on domestic violence and resources for victims, contact the National Domestic Violence Hotline online or at 1-800-799-SAFE (7233).