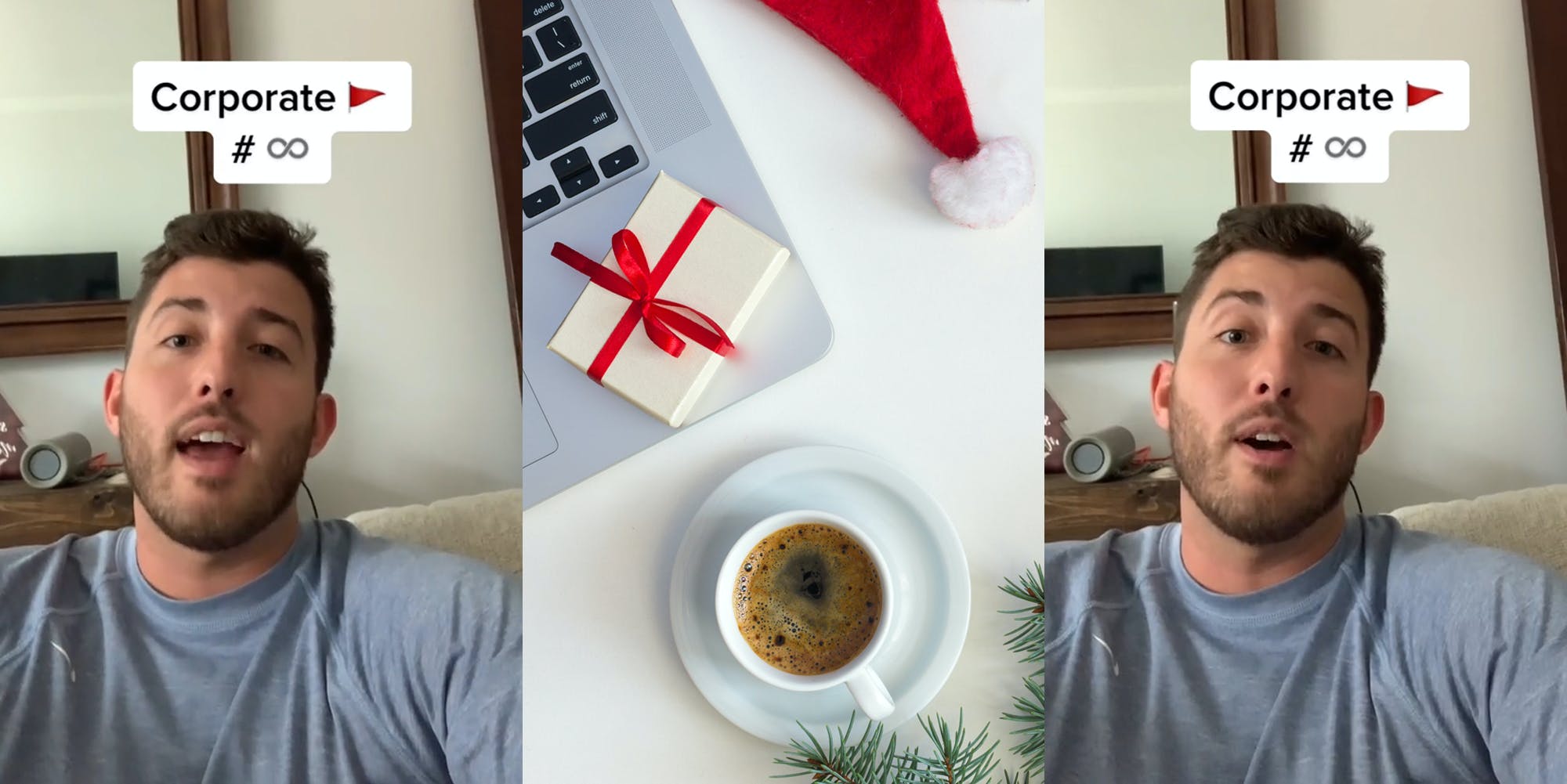 A corporate worker shared what he considers “red flag” Christmas gifts that companies often give to their workers.

TikTok user Matt Sandoval (@matt.sandoval7) has been sharing a series of corporate “red flags,” and one of his latest videos is about Christmas gifts. As of Thursday, the video garnered about 405,000 views on TikTok.

“If your company is profitable and they’re just giving you either a thank you email — ‘happy holidays, enjoy it with your family’ — or a $10 gift card to Starbucks and you don’t even drink coffee, that’s worrisome,” Sandoval says in the video.

Sandoval’s video seemed to resonate with viewers, who shared the red flag Christmas gifts their companies had given them.

“My favorite is getting a zip up with an embroidered logo jacket of the company but them saying we’re gonna do a potluck holiday party,” one viewer commented.

“Lol they make us buy each other gifts,” a second viewer commented.

A third wrote, “Company potluck where we have to try ‘Mary’s Famous Sausage Dip’ enriched with her cats’ hair.”

“We got a self help book ‘How to take the Feedback.’ It was about taking criticism well Merry Christmas,” a fourth said.

Others said they received no Christmas gifts from large, even Fortune 500, companies.

“Company I work for made 6 billion last year profit. We haven’t got a bonus since 2018,” another user wrote.

Some viewers commented that they had received lavish gifts from small companies, in contrast to the big companies they worked for.

“I worked for a tiny company started in oct and got a $5k Christmas bonus. Now I work for a huge billion dollar company and got a quarter zip with logo,” one viewer commented.

Another said, “I work for a small start up and we get a Christmas party, paid PTO the week of christmas and a $2000 bonus.”

The Daily Dot reached out to the creator via TikTok comment.

The post ‘They’re either giving you a ‘thank you’ email or a $10 gift card to Starbucks’: Worker shares ‘red flag’ Christmas gifts profitable companies give to employees appeared first on The Daily Dot.

The MyPillow guy is running for RNC chair
‘TikTok was a place to vent’: From corporate to customer service, content creators are losing their day jobs 
Advertisement