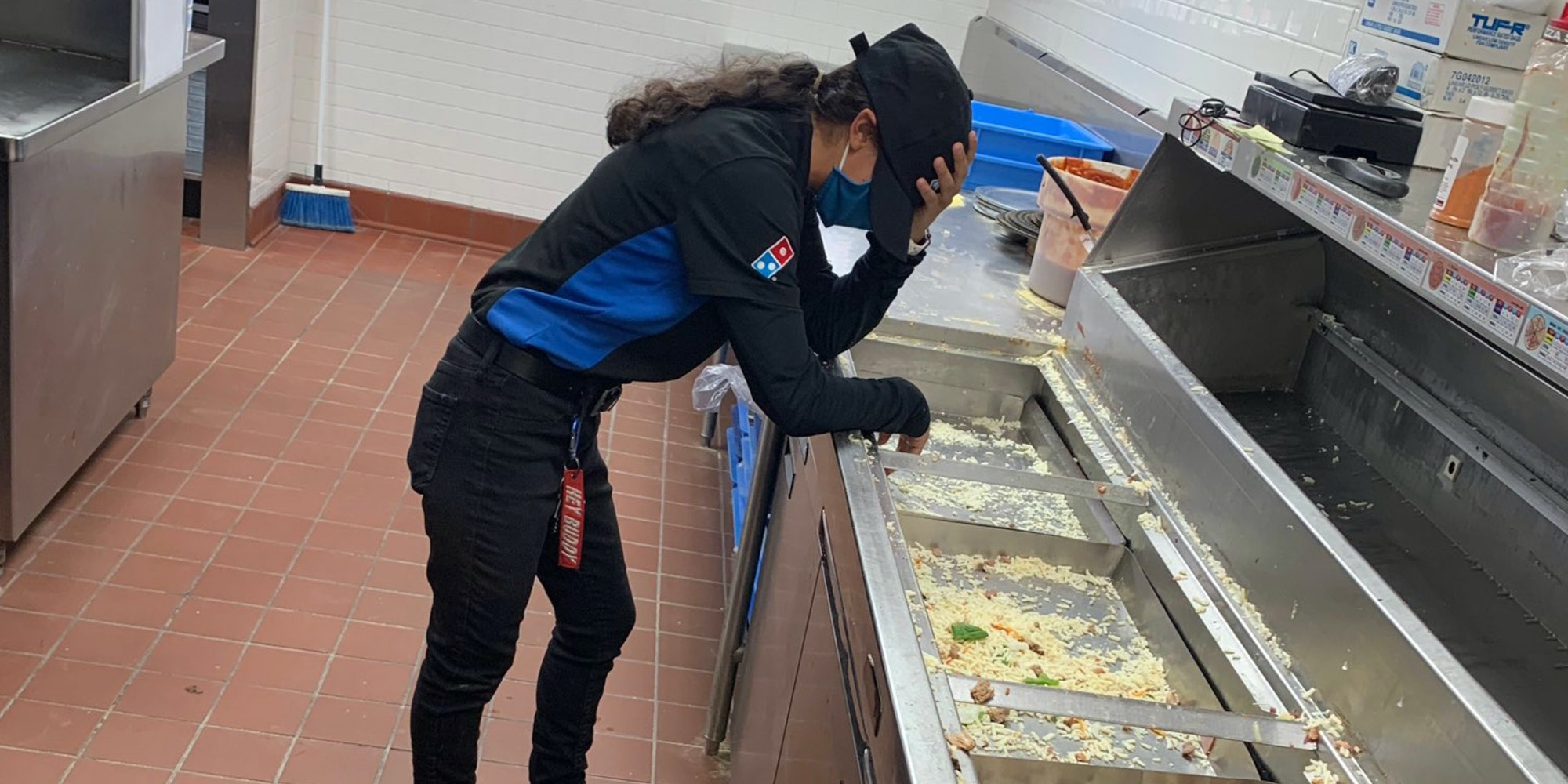 A photo featuring exhausted Domino’s Pizza employees working through the winter storm is going viral, and people are using the image to call for higher wages for all essential workers.

The historic storm has affected much of the United States, especially Texas, which was largely unprepared for a storm of this magnitude. The photo, taken in San Antonio, was sent to News 4 San Antonio by a viewer named July DeLuna.

“This Dominos in San Antonio. Working during this crisis. They had a weekend worth of food and it was gone within 4 hours. This team helped those that needed help. These are the essential workers that need recognition. They were the only pizza place open. Every pizza place was closed but dominos stayed open to help those in need,” DeLuna said upon her submission.

The photo was posted by News 4 San Antonio reporter Emily Baucum to Twitter, where it went viral. “This photo just broke me,” one remarked, with another saying, “This breaks my heart.”

Many others are calling for the workers to receive higher wages and hazard pay, not just “recognition.” “They can’t pay their rent with recognition, pay them,” one said.

Fight for $15, a group advocating for the minimum wage to be raised, pointed out how the minimum wage in Texas is $7.25 and encouraged the public to take action. “Essential workers like these Domino’s pros have been out there feeding, healing, and protecting our communities since before the pandemic,” it wrote. “Essential workers deserve fair pay. Tell your Senators to #RaiseTheWage in the COVID bill.”

Cristina Tzintzún Ramirez, who is a former U.S. Senate candidate and founder of local activist nonprofit Jolt, compared the image to the now-viral photo of Sen. Ted Cruz (R-Texas) on his way to Cancún.

“Domino’s workers, who Cruz refuses to give a $15 minimum wage to, are exhausted after running out of food to give to fellow Texans,” Tzintzún Ramirez tweeted.

And Tzintzún Ramirez isn’t the only one to make the comparison. “When Dominos employees work harder than their own senators,” another tweeted, tagging Cruz.

The post ‘This breaks my heart’: Photo of exhausted Domino’s employees working through winter storm goes viral appeared first on The Daily Dot.